Eleven of the world’s top fourteen professional women’s teams will race in Britain this May following the announcement of the field for the inaugural Women’s Tour.

Eleven of the world’s top fourteen professional women’s teams will race in Britain this May following the announcement of the field for the inaugural Women’s Tour.

A star studded field will assemble in Oundle for the opening stage of the first ever Women’s Tour on Wednesday 7th May.

Alongside them will be the national side of the world’s number one ranked nation, the Netherlands, plus a Great Britain national team led by Leicestershire’s Lucy Garner.

British domestic team Matrix Fitness – Vulpine also earn an invite for the first ever UCI level stage race for women to take place in the UK, organised by SweetSpot Group, while UnitedHealthcare Pro Cycling’s participation will mean Hannah Barnes racing in her home county of Northamptonshire on the opening day of The Women’s Tour.

The Optum p/b Kelly Benefit Strategies team will also travel from the USA to race in The Women’s Tour, with the final two teams for the 16-team, 96-rider field to be announced in due course.

“We are thrilled to be able to bring such a world-class field of teams to ride in the first ever Women’s Tour”, said Guy Elliott from organisers SweetSpot Group.

“The race has attracted a wonderful field of elite riders from all over the world, which will be one of the strongest fields ever assembled for an elite women's international race, and a route which will feature some of the most beautiful roads, villages, towns and countryside in Great Britain.”

The current line-up includes teams from eight different nations with the race expected to draw a high quality field featuring the best riders from each of the named teams, with further rider announcements and the identities of the final two international teams to follow in due course, pending visa confirmations.

The full list of teams for The Women’s Tour is as follows:

The Women’s Tour will take place over five stages between Wednesday 7th and Sunday 11th May, beginning in Northamptonshire with an opening stage from Oundle to Northampton.

Leicestershire, Bedfordshire, Essex and Hertfordshire will all host subsequent stages in the event, before the final stage finish in Bury St Edmunds, Suffolk, with highlights of every stage shown on ITV4.

A promotional video for The Women’s Tour 2014 can be found here or below.

Italian team ranked tenth in the world who are linked to the men’s World Tour team Astana.  Belarussian world number fourteen Alena Amialiusik will led them in Britain. Ranked eleventh in the world, the Faren team have new Mexican sponsorship for 2014 and with it 2013 World Road Race Bronze medallist Rossella Ratto, plus Merseyside’s Lucy Martin, who was a member of Great Britain’s Olympic line-up in 2012.

A young Great Britain national team who will be led by Leicestershire’s Lucy Garner, a double Junior World Road Race Champion and include several other up-and-coming British talents to showcase the next generation of champions.

World’s number seven ranked squad from Norway, who will be led by World Championship Bronze medallist Elisa Longo Borghini, herself ranked sixth in the world. 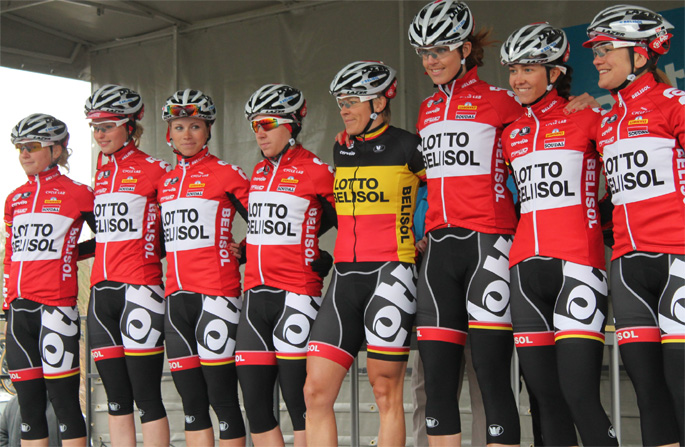 The team of Britain’s Emma Pooley, a former World Champion and Olympic Silver medallist, who are ranked twelfth in the world and will be The Women’s Tour sole Belgian team.

A young domestic team from the UK women's professional circuit  featuring several riders with links to the East of England, including Bedfordshire’s Helen Wyman, recent Bronze medallist at the World Cyclo Cross Championships in the Netherlands.

The world’s number one ranked nation will bring the top Dutch riders and future stars not otherwise involved with one of the Dutch professional teams riding The Women’s Tour.

Ranked thirteenth in the world, the American team will be led by Canada’s Joelle Numainville, who represented her country at the London Olympics. 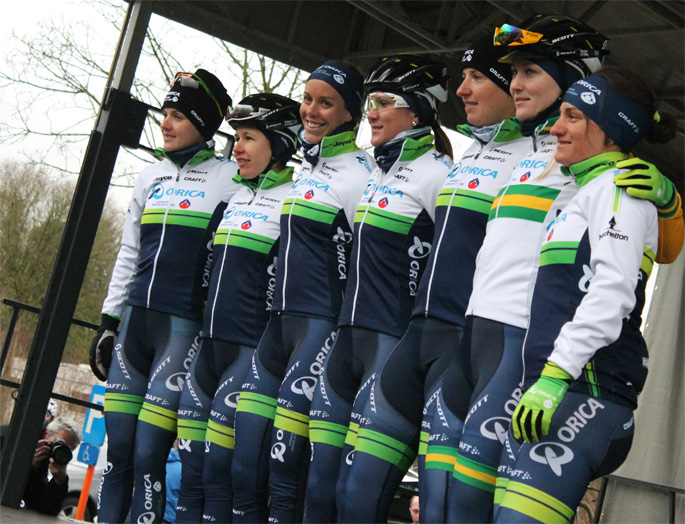 The number two ranked team in the world, from Australia, Orica AIS are closely linked with men’s World Tour team Orica GreenEDGE and will be led by world number one Emma Johansson of Sweden.

The world’s number one team led by reigning Olympic and World Champion Marianne Vos, who is widely acknowledged to be not only the greatest ever female cyclist but is also considered to be one of the most exceptional athletes, male or female, of any sport in the world today.

Ranked fourth in the world, Specialized Lululemon are led by world number seven Evelyn Stevens.  The American team have already enjoyed success in Great Britain with Loren Rowney finishing on the podium of the Prudential RideLondon Grand Prix last August.

An American team with a strong British accent in Northamptonshire’s star Hannah Barnes and former British Champion Sharon Laws, plus a British manager in Rachel Heal, a Commonwealth Games medallist.  The men’s team have already enjoyed much success in recent editions of The Tour of Britain.