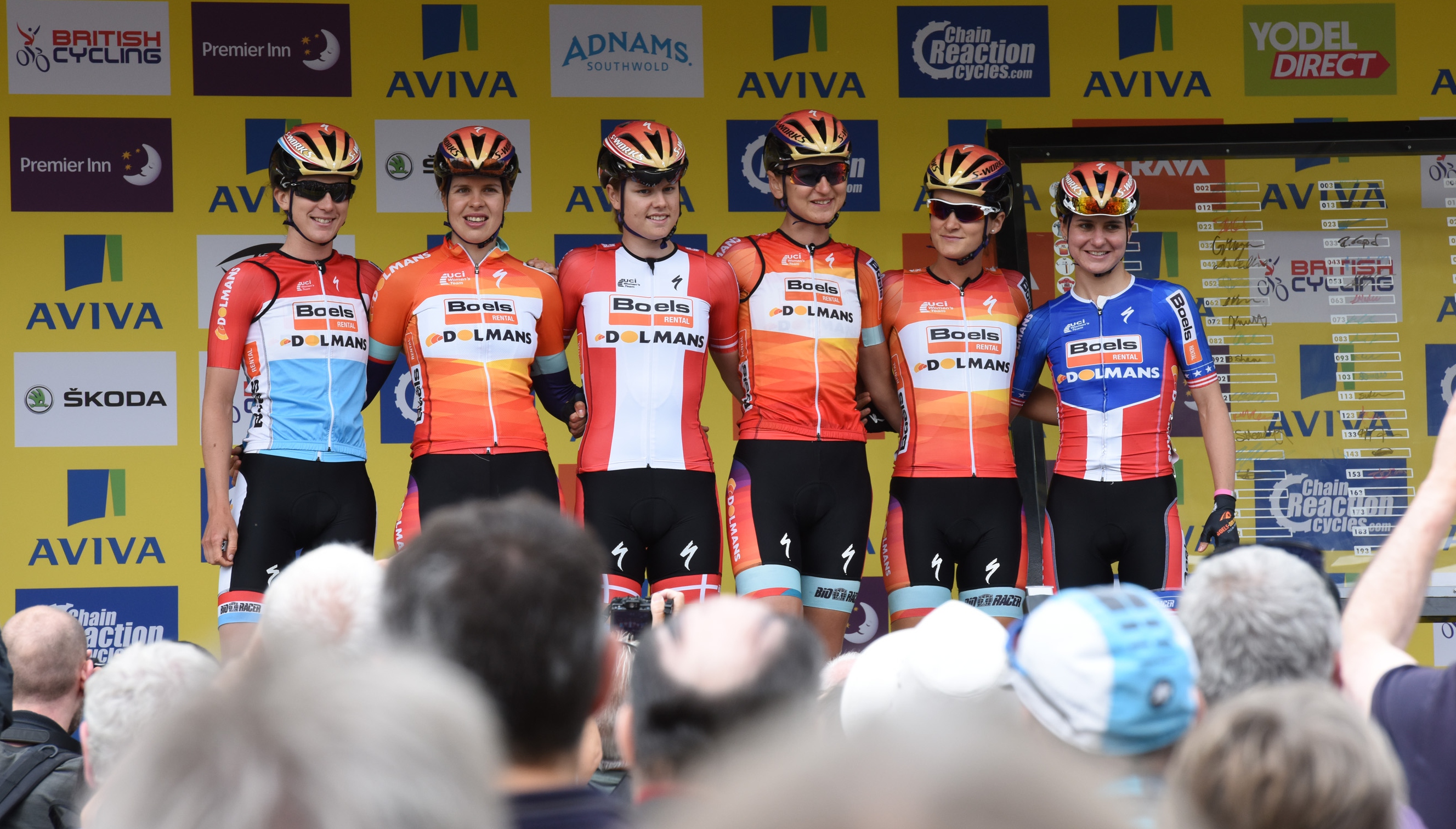 The world’s top ten professional teams will head to Britain this June to line-up for the third edition of the Aviva Women’s Tour, it was announced today marking 50 days to go until the race gets underway in Southwold, Suffolk, on Wednesday 15 June.

The world’s top ten professional teams will head to Britain this June to line-up for the third edition of the Aviva Women’s Tour, it was announced today marking 50 days to go until the race gets underway in Southwold, Suffolk, on Wednesday 15 June.

be on the start line in Southwold, Suffolk for Stage One of the Aviva Women’s Tour, which will be the first European stage race of the 2016 UCI Women’s WorldTour.

Among the other high-profile teams racing will be Rabo Liv, who won the 2014 edition of the race with Marianne Vos, the Canyon SRAM team of defending champion Lisa Brennauer and a Great Britain national team, as they continue their preparations for the 2016 Olympic Games in Rio de Janeiro.

They will be joined by a third British team, the domestic Drops Cycling Team, who have been newly formed for 2016 and will be making their Aviva Women’s Tour debut.

The 2016 field will comprise of teams from 11 different countries, including four teams who will be making their Aviva Women’s Tour debuts in June as Astana, BTC City Ljubljana and the Cylance Pro Cycling team join Drops in making their first appearance in the race.

Each of the 16 teams will field a six rider team in the Aviva Women’s Tour.  Further announcements about the provisional rider line-up will follow during May.

“The response we have had from teams wishing to participate has been overwhelming leading to a very hard decision making process to select the final teams for the race, but this has enabled us to select our best ever line-up. We know this combined with the tougher parcours will make for a super competitive and exciting race with the world’s best racing for the Aviva Yellow Jersey.”

As a UCI Women’s WorldTour team, the top 15 ranked professional teams as of 1st January received automatic invites, with 13 of the those teams accepting their invite.

Highlights of each stage of the Aviva Women’s Tour will be shown on ITV4 and available on demand via the ITV Player.

The Aviva Women’s Tour has been shorted by the Women’s Sport Trust in the #BeAGameChanger awards, which recognise individuals and organisations doing the most to progress women’s sport.

The race is nominated in the National Inspiring Initiative category, with public voting open until Sunday 1 May so if you want to show your support for the race you can vote for us here.

Amateur cyclists can also ride part of the Aviva Women’s Tour route this year in the Tour Ride Northamptonshire, the official sportive of the Aviva Women’s Tour.  Taking place one month after the final stage, on Sunday 17 July, 40 and 80-mile routes starting and finishing from Delapre Abbey in Northampton will take place using sections of the Stage Five route, while there is also a fun, off-road 10-mile route for families. To sign-up head to www.tourride.co.uk.