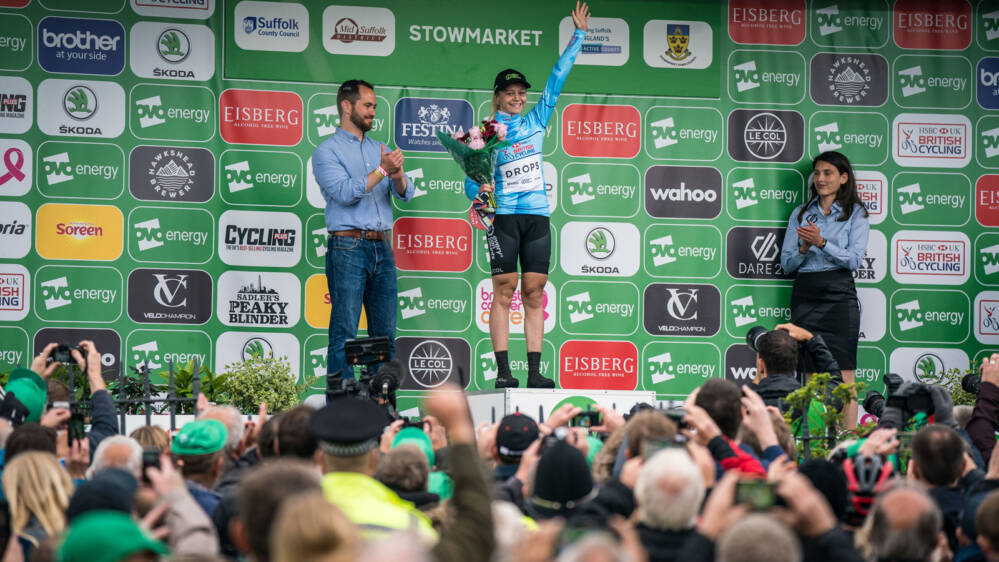 Once you’ve checked out the below selection, be sure to visit the Tour of Britain website to find more favourite images of photographers on Britain’s most prestigious men’s race.

Read on to see the photographs, and the reasons behind their choice.

“This is one of my favourite pictures from photographing the Women’s Tour in recent years because it encapsulates the effort the riders put in on difficult climbs in the race.

“You most often get the best cycling pictures on a climb, so it was part of the plan at the start of the day that I would stop to get pictures on Gun Hill. As I got off the moto near the top, I was in two minds whether to shoot a tight picture, focusing on riders’ exhausted pain-face or shoot a wider picture of the peloton with the picturesque green hills as the backdrop.

“Fortunately the climb had forced a split and gave me the chance to shoot a ‘tight and bright’ action picture of Vita Heine in her Norwegian national champs jersey, as she led Shara Gillow and Cecilie Uttrup Ludwig over the top of hill and still allowed me to shoot a wider landscape picture of the peloton as they came past 90 seconds later.

“You get a brief glimpse in the background that the landscape was quite scenic but I’m sure given the pain the cyclists were in, they wouldn’t have noticed!” 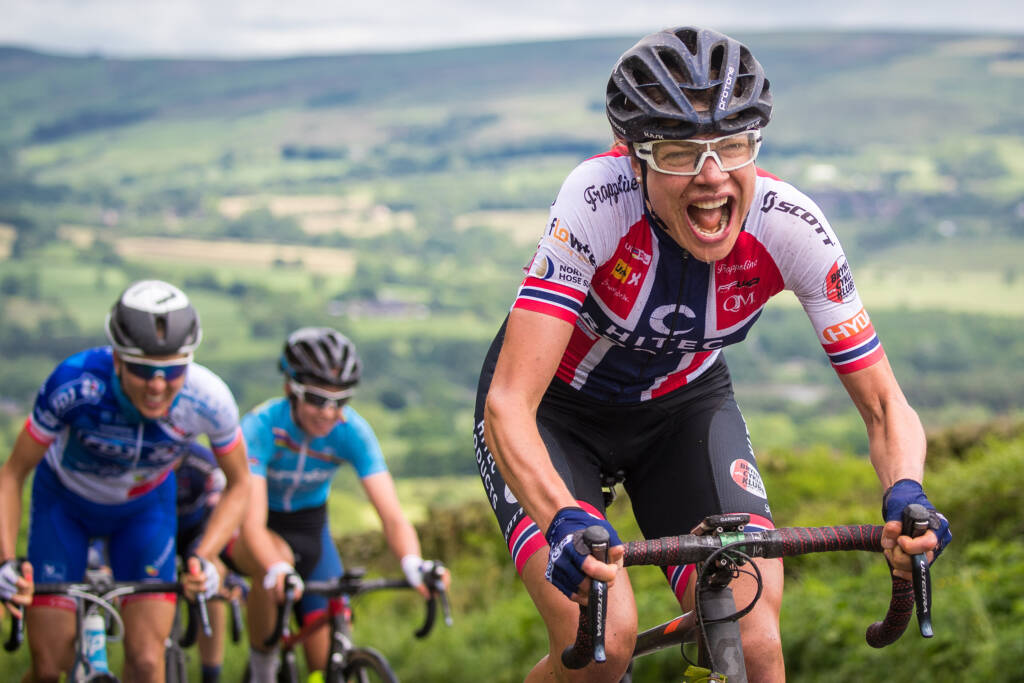 “This picture sums up all that is good about cycling, when the whole town turns out. Daventry always shows up for the Women’s Tour.” 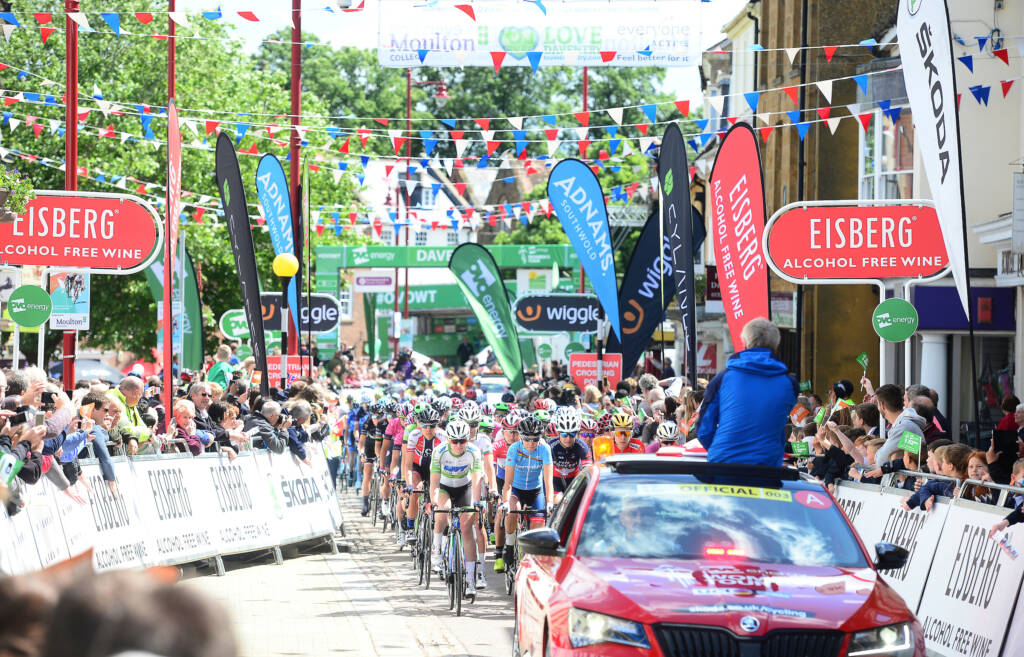 “While rushing to the start saw a chance to snap Jolien getting ready for the stage – then saw her rings, and tried to work them into the snap.”

You can see another example of Rhodri’s work at the top of the page from Stowmarket on last year’s Women’s Tour, when in his words “I got caught up post-stage filming bus reactions, and had to sprint to the podium. Unable to get behind, I found a long angle…and caught a beaming Ellie while a sea of people cheer her up on the podium.” 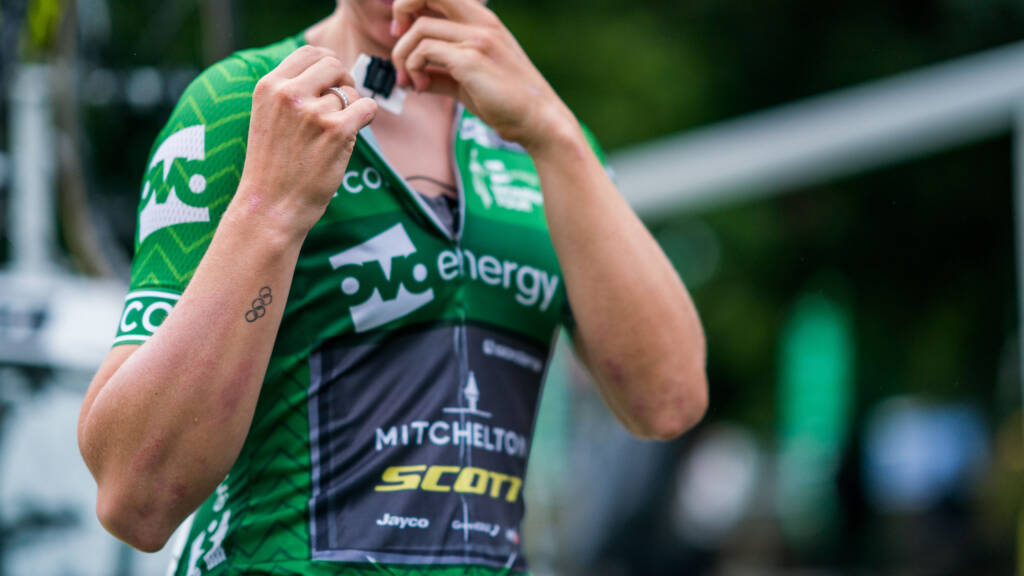