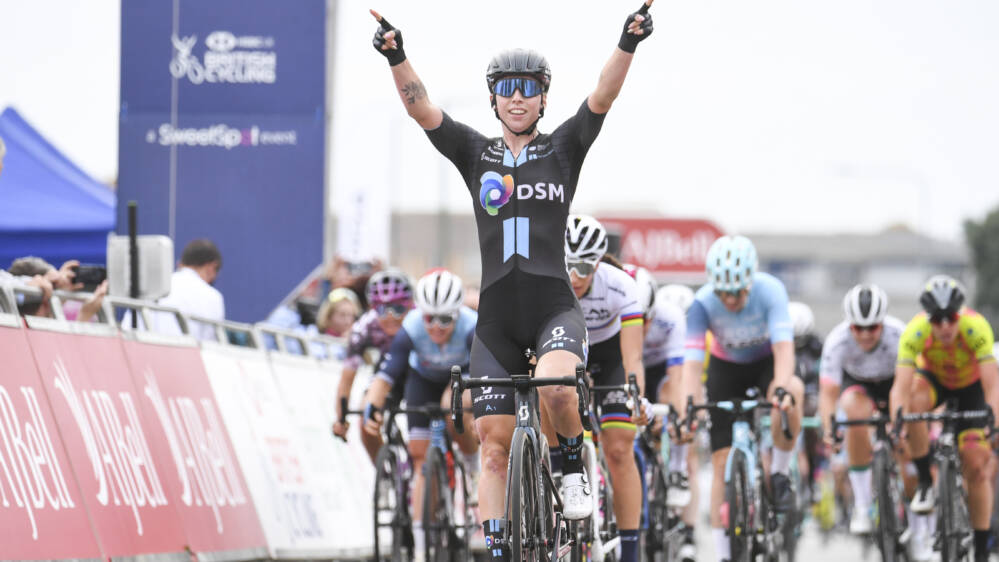 The Women’s Tour, Britain’s longest running international stage race for women, will be broadcast live for the first time in 2022.

The Women’s Tour, Britain’s longest running international stage race for women, will be broadcast live for the first time in 2022.

With just five days until the eighth edition of Britain’s most prestigious race begins in Colchester (Monday 6 June), organisers SweetSpot have confirmed that all six stages of the UCI Women’s WorldTour event will be shown live.

This broadcast has been made possible by self-catering accommodation provider cottages.com (part of Awaze), event stakeholders and Eurosport GCN.

Fans around the world will be able to watch the daily live coverage on Eurosport Player and GCN +, with the race’s ever-popular highlights show following each evening on ITV4 in the UK. The schedule for the live coverage will be published ahead of the race at the weekend.

Hugh Roberts, Women’s Tour executive chairman, said: “Delivering a live TV broadcast for the Women’s Tour has been our biggest target ever since the event’s inaugural edition back in 2014. We hope that it proves transformative for women’s sport in the UK, as well as being something that further enhances the worldwide reputation of our race.

“We thank all of those partners and stakeholders who have come forward to support us with this, and hope that it inspires more major brands to showcase their support of women’s sport by joining up with our event for 2023 and beyond as we continue to look for a headline sponsor.”

Marianna Helmer-Gregersen, European Brand Director at Awaze – the parent company of cottages.com – says the brand is proud to be bringing such a popular event to a global TV audience for the first time.

“We are delighted to be partnering with these two fantastic events [The Women’s Tour and Tour of Britain] over the summer and particularly pleased our support is helping give greater prominence to international women’s sport,” she said, adding; ”This is a great opportunity to not only showcase the size, scale and quality of our UK property portfolio to a global audience, but also to underline our commitment to Diversity, Equality and Inclusion at the same time.”

The race will conclude in Oxfordshire on Saturday 11 June with a stage between picturesque Chipping Norton, in the Cotswolds, and the heart of historic Oxford.