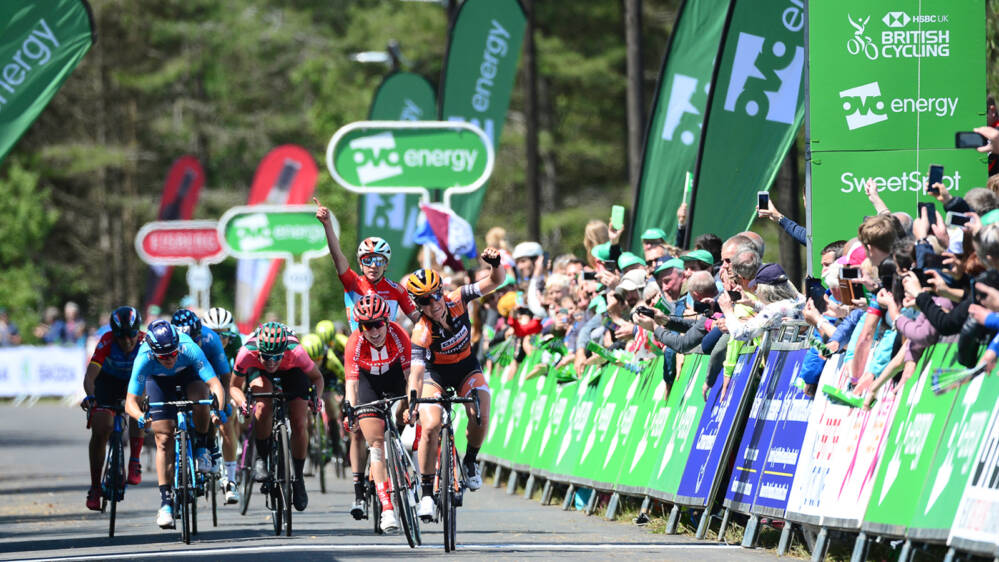 Britain’s flagship road cycling events – the Tour of Britain, Women’s Tour and Tour Series – have today announced they are looking for a new title partner in 2020 as they move forward into an exciting new chapter.

Britain’s flagship road cycling events – the Tour of Britain, Women’s Tour and Tour Series – have today announced they are looking for a new title partner in 2020 as they move forward into an exciting new chapter.

OVO Energy initially partnered with the Tour of Britain’s Bristol stage in 2016 as a local sponsor, with their involvement growing in 2017 to become title partner of the Tour of Britain, Women’s Tour and Tour Series, through to the end of 2019.

Their association with cycling and the Tours fitted with their championing of renewable and sustainable approaches to energy, the use of smart technology and innovation.

In 2018, OVO Energy brought parity to the Women’s Tour prize fund to that of the Tour of Britain, the first multi-day UCI race to achieve this, and a fantastic illustration of the brand’s commitment to fairness and positive change.

Earlier this year, event organiser SweetSpot notably agreed a 10-year extension of their partnership to deliver the Tour of Britain with British Cycling, so today’s announcement opens the door for brands to align long-term with these marquee events.

Hugh Roberts, CEO of SweetSpot, said: “This year marked a landmark year in our history: 15 years since the rebirth of the Tour of Britain, the 10th anniversary of the Tour Series and an expanded Women’s Tour to mark its fifth year. All three events headline the British cycling calendar and will no doubt continue to do so over the next decade as we work with partners, stakeholders, teams, riders and fans to inspire the next generation.

“We thank OVO Energy for their support of the events and look forward to beginning new chapters in the already illustrious histories of the Tour of Britain, Women’s Tour and Tour Series in 2020 and beyond.”

Sarah Booth, Brand and Communications Director, OVO Energy, added: “We are proud of the contribution we’ve made through our sponsorship, helping fans across the country see the world’s best riders competing on their doorsteps and inspiring a whole new generation to get on their bikes.

“Our most meaningful legacy is taking a step towards gender parity in cycling by increasing the Women’s Tour prize fund, helping to provide an equal platform on the world cycling stage.”