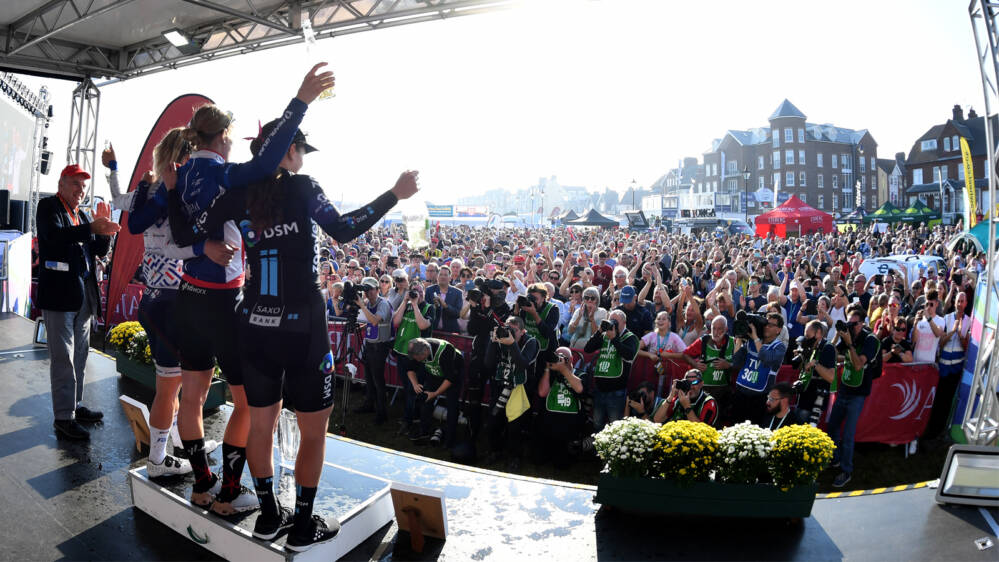 This year’s AJ Bell Tour of Britain and Women’s Tour cycle races delivered a net economic impact of more than £34 million for the UK economy.

This year’s AJ Bell Tour of Britain and Women’s Tour cycle races delivered a net economic impact of more than £34 million for the UK economy.

The races, which took place in September and October having been postponed in 2020 due to the pandemic, drew more than 1.3 million spectators to the roadside across the fourteen days of competition (eight for the men’s Tour and six for the Women’s Tour).

According to the survey by Frontline, the AJ Bell Tour of Britain generated £29,958,432 of net economic benefit for the UK economy, while a month later the AJ Bell Women’s Tour produced an impact of £4,890,896 net. This totals an increase of almost £10 million from the 2019 editions of the events.

As well as contributing to the UK economy, 57% of fans surveyed said that the events had inspired them to cycle more often.

“This year’s Tours were widely regarded as a huge success from a sporting point of view so it is tremendously rewarding to also have the economic success of the two races proven,” said Hugh Roberts, chief executive of race organiser SweetSpot.

“Major sporting events like the Tour of Britain and Women’s Tour continue to provide a huge role in inspiring people and creating these economic benefits. We are fortunate with road cycling to not be restricted to a stadium and being able to reach communities large and small across the country, as we did in 2021, from Cornwall to Aberdeenshire, and Carmarthenshire to Suffolk.” 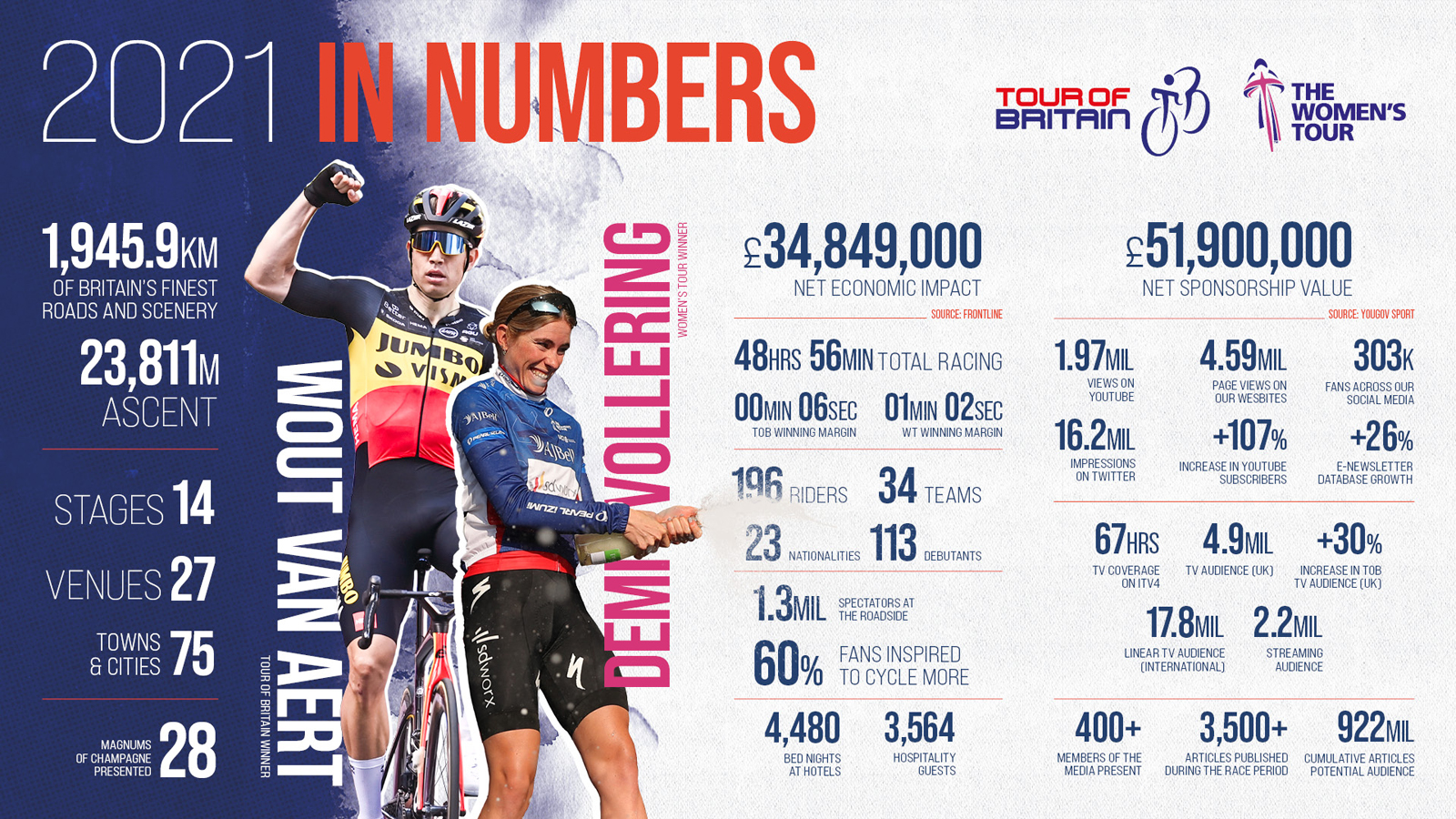 Since 2014, when the Women’s Tour was launched by organisers SweetSpot, the two events have generated more than £251 million net economic impact for the UK economy from the fourteen events held in that period, according to annual surveys by Frontline.

Frontline, established in 1991, works with public, private and third sector clients across the UK and Ireland from offices in Glasgow and London and specialises in economic development and in particular, tourism and sports related impact assessment. Frontline has supported SweetSpot for over 10 years, carrying out the economic impact assessment of the Tour of Britain, the Women’s Tour and the Tour Series cycling races.

“We are delighted to see such strong impact figures following a year of no events as a result of the pandemic. Findings show the importance and resilience of outdoor sporting events to the local and wider economies across Great Britain,” said Gillian Spooner, Consultant from Frontline.

The success of the 2021 races comes a month after UK Sport and the City of London Corporation published their findings that major sport events in the UK could deliver up to £4 billion of soft power, trade and investment benefits in the next decade.

The 2022 Tour of Britain will take place between Sunday 4 to Sunday 11 September. Already confirmed for the 2022 route is an overall start hosted by Aberdeen and Aberdeenshire, following the success of the final stage of this year’s race; a midweek stage in Nottinghamshire, and a final stage on the Isle of Wight for the first time.

The 2022 Women’s Tour will start from Colchester on Monday 6 June, finishing on Saturday 11 June, and is a part of the UCI Women’s WorldTour calendar. Further details of both races will be announced in early 2022. 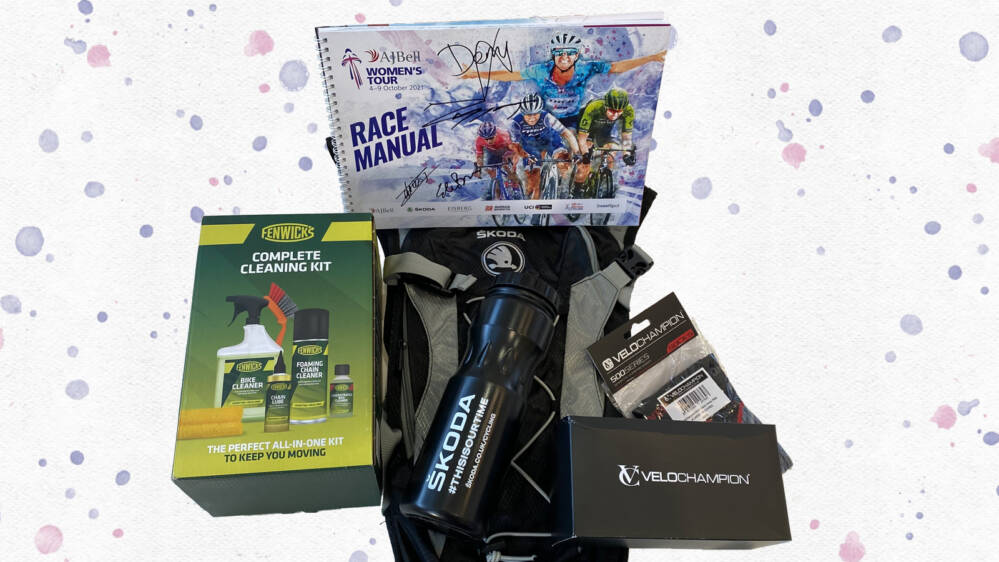