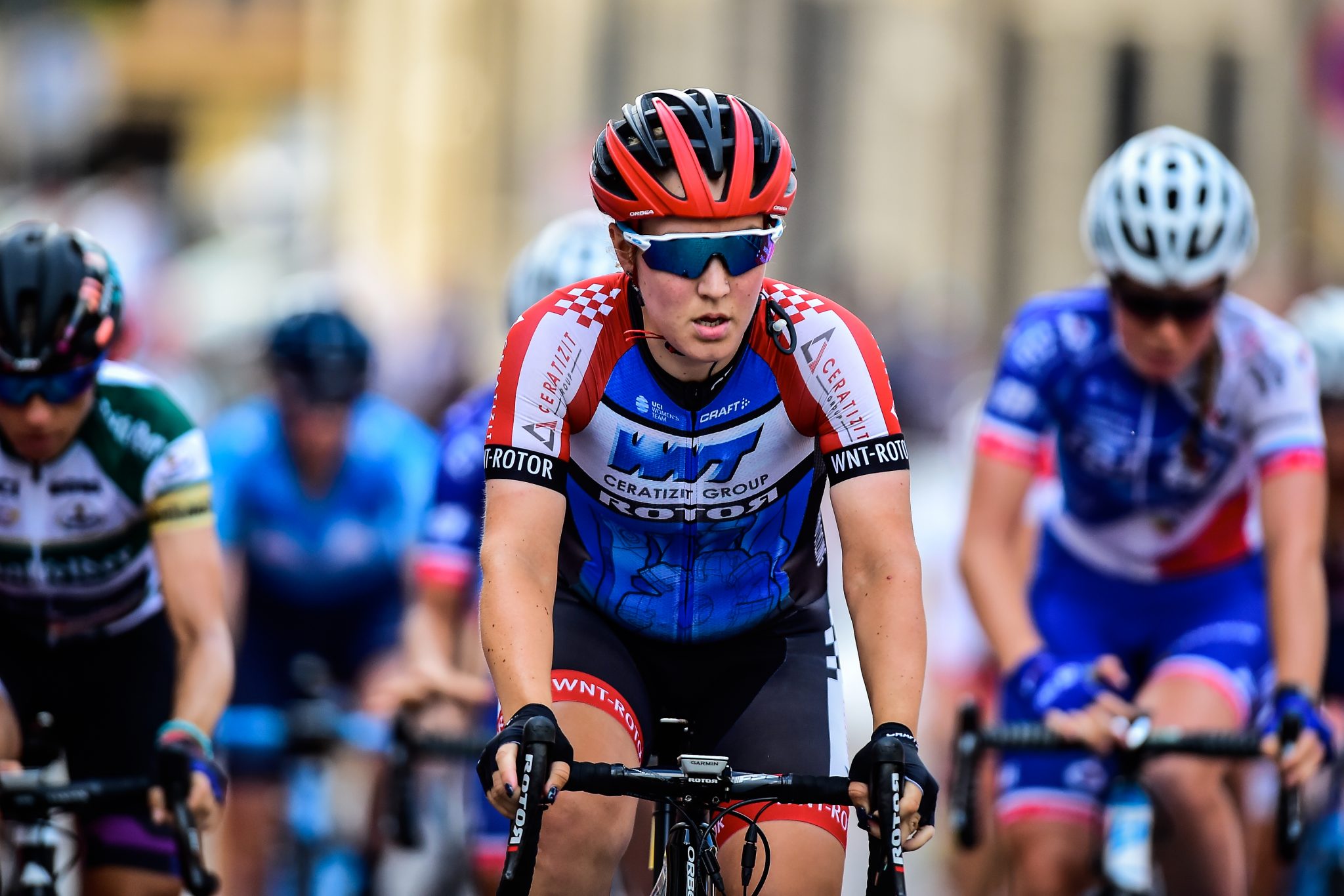 The fifth edition of the race will see the riders tackle 678km of racing. Starting on Wednesday 13th June in Framlingham, Suffolk before coming to a crescendo in Colwyn Bay in North Wales five days later.

The team will be made up of Brits Natalie Grinczer and Hayley Simmonds, plus Dutch duo Winanda Spoor and Aafke Soet, as well as Anna Badegruber and Gabrielle Pilote – Fortin.

The strong squad will be fighting on all fronts to make a big impact in this year’s race. Soet, pictured, who is coming back from illness will be trying to regain, and show, the form she illustrated to win the U23 overall classification at Emakumeen Bira in Spain earlier in May. Speaking earlier this week Soet had this to say:

“It was an amazing start to the season taking a UCI stage win, but this is one of the biggest races that always had a lot of appeal when you looked at the team’s race programme in January. I’ve come back from illness and have been feeling better than before, I’m thrilled to be starting my first OVO Energy Women’s Tour.”

Two British riders will have the chance to race on home roads, Natalie Grinczer and Hayley Simmonds, with the latter on home roads in Worcestershire on Stage Four, the county where she was born. Natalie is in high spirits after the confidence boosting ride at Lotto Thüringen Ladies Tour only one week ago and will be looking to show her climbing abilities against the world’s best on a tough parcours.

“Racing in your home tour is always amazing, the home support from the crowds definitely makes it one of the best races of the year. I’m hoping my legs are good and we all can have another good race,” said Grinczer.

Check out all of the teams and the current provisional rider list for the OVO Energy Women’s Tour here.