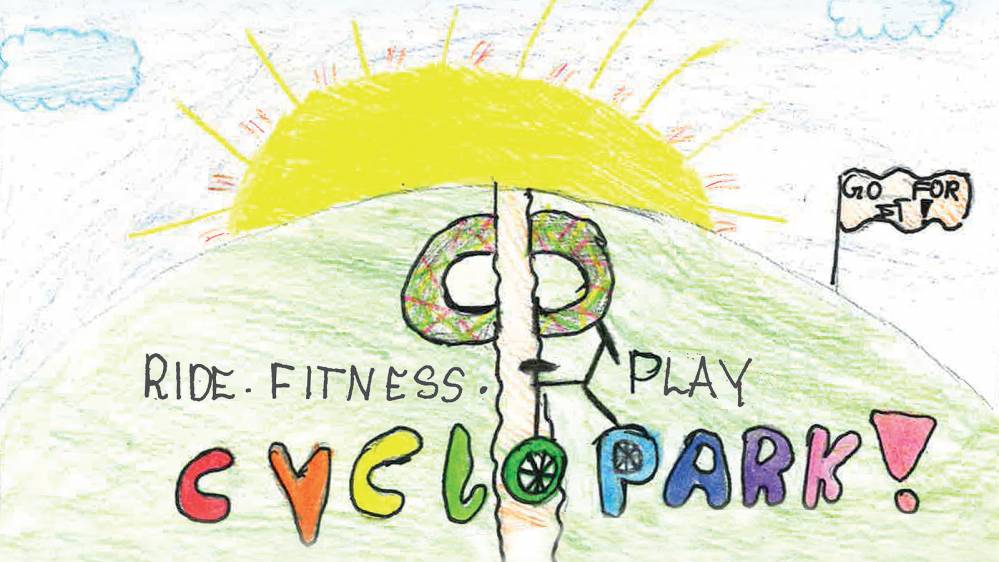 Two pupils from St Joseph’s Primary School in Northfleet will have the honour of flagging away the world’s top cyclists on stage two of the OVO Energy Women’s Tour at the Kent Cyclopark, Gravesend, on Tuesday 11 June.

Two pupils from St Joseph’s Primary School in Northfleet will have the honour of flagging away the world’s top cyclists on stage two of the OVO Energy Women’s Tour at the Kent Cyclopark, Gravesend, on Tuesday 11 June.

A panel from the OVO Energy Women’s Tour judged all entries and have selected one winning design, and two runners-up. The winning design comes from pupils Ashna and Charlotte (aged 10) at St Joseph’s Primary School, who focussed on the logo and slogan of Cyclopark, where the stage will be held.

The runners-up include a design from Holly (Donkey Field Pre-School) and Poppy (Crawley Down School), and a design from Emma (West Hill Primary School).

More than 200 pupils from local schools across Kent took part in the competition ahead of the race that will see Kent play host to its biggest international sporting event since the 2007 Tour de France Grand Depart, which was delivered in part by SweetSpot Group, organiser of the OVO Energy Women’s Tour. Stage two at the Cyclopark is free-to-attend for fans.

“Ashna and Charlotte were thrilled to discover their design had won! They can’t wait to wave their winning flag to signal the start of the race. It will be a lifelong memorable experience for both of the girls and as their teacher, I am incredibly proud.”

“The number of entries to the competition and the support from schools in Kent has been incredible, so we would like to thank everyone who entered for taking the time to create some wonderful designs.

“There is less than a week to go until the first ever Kent stage of the OVO Energy Women’s Tour and we are looking forward to an amazing day of action. I would encourage anyone thinking of coming along to get down to the Cyclopark early as it is a great chance to meet the world’s very best cyclists in person.

“We would like to encourage anyone planning on coming along to take advantage of the great park & ride option that Kent County Council are organising, as this will be the easiest and quickest way to get to the Cyclopark on Tuesday.”

Stage two takes place on Tuesday 11 June at the Cyclopark, with 96 of the world’s top riders racing a 25-lap / 62.5-kilometre kermesse on the circuit from 14:00. Cyclopark and British Cycling will be organising a range of support activities

Spectators coming to the stage are encouraged to use the special Park & Ride scheme that will collect fans from the nearby Bluewater Shopping Centre and Ebbsfleet International Station. Parking at Bluewater is free but tickets for the bus must be booked in advance. For more information visit the OVO Energy Women’s Tour website here.