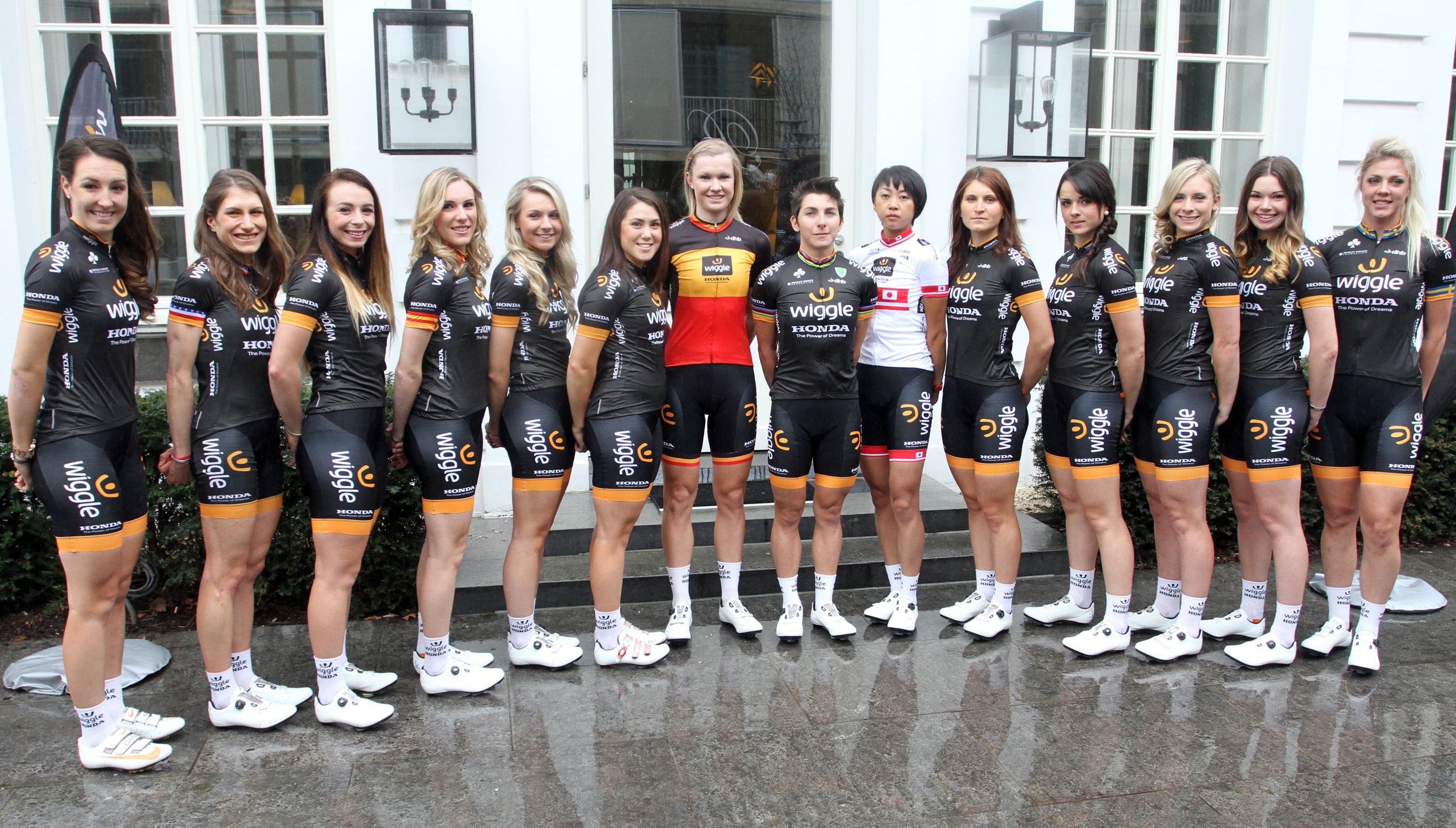 Wiggle Honda Pro Cycling will line up with its strongest possible team at the start of the Aviva Women’s Tour, which starts in the beautiful Suffolk town of Bury St Edmonds on Wednesday, the 17th of June.

Wiggle Honda Pro Cycling will line up with its strongest possible team at the start of the Aviva Women’s Tour, which starts in the beautiful Suffolk town of Bury St Edmonds on Wednesday, the 17th of June.

As the number one British team, the event will be one of the most important of the season – for the riders and sponsors alike – with the entire black and orange organisation excited to see if race organiser SweetSpot can match the incredible success of the 2014 edition.

Eager to get started is Wiggle Honda Pro Cycling’s Italian sprinter Giorgia Bronzini, who took two second places and a third in last year’s Women’s Tour, and finished the race in fourth place overall. The former two-time road World Champion will be rider that everybody else will be looking to beat; particularly in the fast finishes expected in the early stages.

“I’m excited to ride my second Women’s Tour, and I hope to be able to do some sprints and fight for the Yellow Jersey in the first days,” Bronzini said. “Anyway, I trust in all my teammates, and together we will have to power to be protagonists!

“I hope that our Manager Rochelle Gilmore can be proud of us at the end of the Tour, and also our sponsors,” the former World Champion added. Centre of much of the attention around the race will undoubtedly be Wiggle Honda Pro Cycling’s British rider Dani King, who will also make her second appearance in the race. The Olympic Champion showed that she has fully recovered from last winter’s horrific crash with an emphatic solo victory in Friday’s Matrix Fitness GP, in Bath (pictured right), and is looking forward to showing herself on British roads once more.

“I can't wait for the Aviva Women's Tour,” King said. “I rode it last year and it was just incredible.

“The amount of support we had on the side of the roads was unbelievable and the fact every stage is televised is so important for women's cycling.” 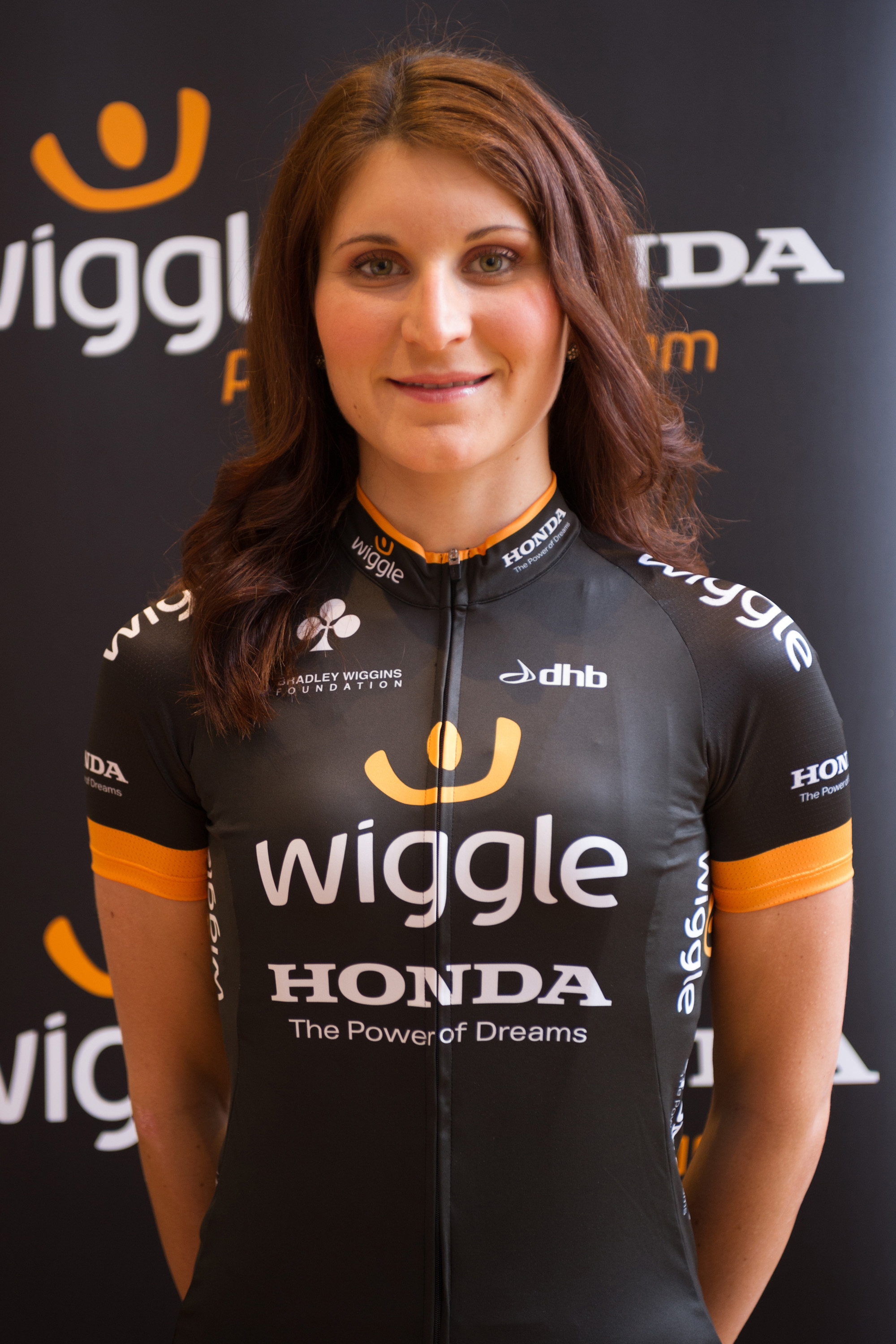 Also returning for a second appearance in the Aviva Women’s Tour is Wiggle Honda Pro Cycling’s Italian Classics specialist Elisa Longo Borghini (pictured right). The 23-year-old phenomenon proved that she is one of the outstanding riders of her generation with a stunning solo attack to win the Tour of Flanders in April, and confirmed her excellent current form last weekend with second place in the tough Philadelphia Classic.

“The Women's Tour is really nice Tour to race,” Longo Borghini said. “Organisation is superb, the crowd is huge and people are cheering for us everywhere. All these things give you a special boost and big motivation to race hard and aggressively.

“I'm sure this year the spectacle will be even more amazing!” she exclaimed.

Another rider keen to relive her fantastic experiences in last year’s Women’s Tour is Wiggle Honda Pro Cycling’s Australian Nettie Edmondson. The double World Track Champion has recently returned to Europe, having been showing her rainbow stripes on the track in Australia, but has already helped her teammates to victory on the roads of Belgium.

“Last year was an incredible experience,” Edmondson said. “The only time I had experienced racing with so many spectators out, lining the roads was at the road world championships, but what made this so special was that these people were out there, just for us.

“There is no men's racing, it's our time to shine, so to see such support out there for the women in such a traditionally male dominated sport is so exciting,” Edmondson added. “Britain really is leading the way for women's cycling at the moment and I can't wait to be a part of it for a second year in a row!”

One rider that hopes to have a better experience in this year’s Women’s Tour is French rider Audrey Cordon-Ragot. The 25-year-old Breton Champion started the 2014 event, but was too sick to complete the opening stage. Cordon-Ragot hopes that this time her experience on the British roads will be more like what she experienced when she represented France in London 2012.

“I really wanted to race in the UK, it was one of my worst moments of 2014, I was so sick and I couldn't enjoy this fabulous organisation!” Cordon-Ragot exclaimed. “So I'm ready to fight next week and to show my best condition to help the team and to try to get a good result also for myself.

“I know that's an important race for the team,” the Frenchwoman continued. “The UK is our team’s country and we have lot of fans waiting for us.

“I can't wait to be at the start, healthy and with all these crowds around us,” she added. “I lived it one time in my life: it was at the London Olympics and I know that the British public is always at the rendezvous!”

The one member of Wiggle Honda Pro Cycling’s six-rider team not to have ridden in last year’s first ever Women’s Tour is our Belgian Champion Jolien D’hoore. The 25-year-old took the black and orange team’s first win of 2015, then followed this up with its first ever World Cup victory at the Ronde van Drenthe. After having raced a full track season over the winter, D’hoore took a well-deserved mid-season break, and made a triumphant return yesterday to win the Antwerp Diamond Tour.

“I heard a lot of positive comments about last years' edition,” D’hoore said. “I'm excited to be a part of the whole experience this year!”