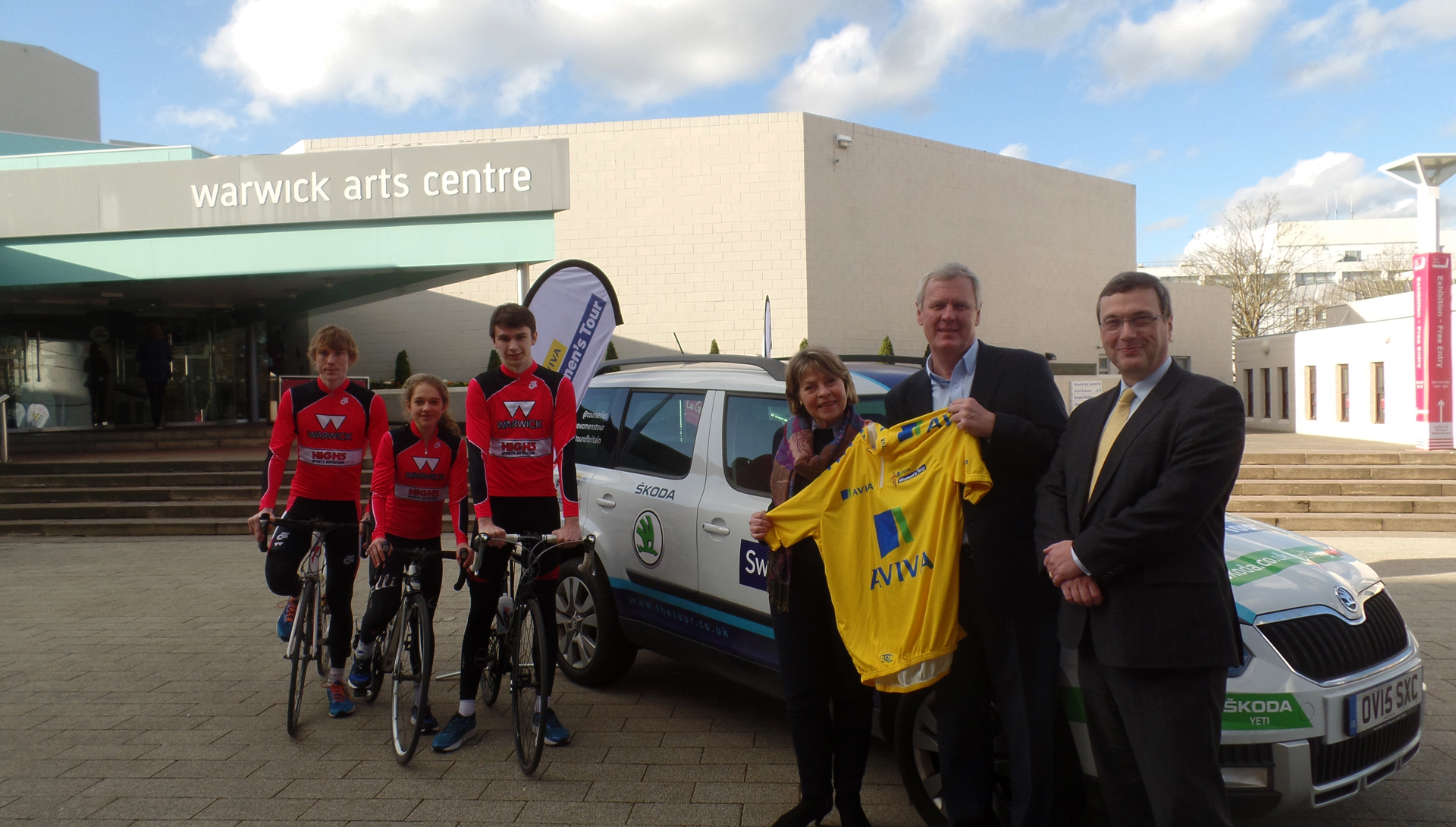 Stage Two of the Aviva Women’s Tour will cover 140 kilometres from Atherstone to Stratford-upon-Avon on Thursday 16 June, highlighting the county’s vast history and heritage, while also showcasing what the modern Warwickshire can offer as a place to live and work.

Having started from Atherstone in North Warwickshire, recognised for its hatting and mining heritage and which saw the 817th playing of the famous ‘Atherstone Ball Game’ earlier this week, the route passes famous stately homes such as Compton Verney and Upton House plus the world famous castles of Kenilworth and Warwick.  Kenilworth will also host one of the two Chain Reaction Cycles Sprints, with the location of the second still to be confirmed.

The finish in the centre of Stratford-upon-Avon comes in the year the town will celebrate the 400th anniversary of the death of its most famous inhabitant William Shakespeare.

Two designated Queen of the Mountains climbs will take place on the route, which includes over 1,700 metres of ascent.  The first of those at Burton Dassett Hills Country Park while the second comes after the village of Ilmington with the ascent of Nebsworth Hill on the edge of the Cotswolds, with a 2.5-kilometre climb averaging 5%.  Stage Two will also pass through Edge Hill battlefield, location of the first major battle of the English Civil War.

“I'm delighted to hear that the Aviva Women's Tour will be passing through my home town of Kenilworth on Stage Two. Additionally, the stage finish is in Stratford-upon-Avon where I went to school at Stratford Grammar. I'm gutted I won't be able to compete on my home roads but it's too close to the Rio Olympic Games and I need to put all my efforts into trying to make the team pursuit squad on the track. However, I will watch it on TV with great interest and be following all of the Twitter updates!”

The route will pass through the world-class campus of the University of Warwick, ranked 6th in the UK (Times and Sunday Times September 2015) and 48th in the world (QS World University Rankings, September 2015). Warwick will host a programme of community events on campus for spectators, schools and local residents as the race takes place. ”We are delighted to be partnering with Warwickshire County Council to take up this great opportunity to shine a spotlight on the county by hosting this sporting event. We want to encourage our staff and students to take up cycling as part of a healthy lifestyle and as an environmentally friendly form of travel, and we have therefore made a number of investments to establish new cycling routes and facilities and to provide more access to bikes for our staff and students. We are sure that this event will help us to inspire people to take up cycling or to cycle more.”

“We are thrilled that the University of Warwick is joining us in hosting Stage Two of the Women’s Tour. This is a wonderful opportunity for Warwickshire to showcase some of the County’s best natural, historical and educational assets as well as providing an exciting and challenging route for the cyclists. We want as many school children, individuals and businesses to get behind this prominent event and to get involved where they can. If we can help boost interest in women’s sport in particular and encourage more people across the county to get physically active on the back of the Women’s Tour, then we will be satisfied that the event has been a success for Warwickshire. We are putting Warwickshire on the international sporting map.”

“The Warwickshire stage will be a deceptively tough leg with a great deal of climbing particularly in the final third of the stage as we skirt the Cotswolds.  The course we have created with such a hilly parcours will make for excellent racing, while at the same time showcasing many beautiful and historic locations in the county and passing lots of schools and colleges to inspire more young people to get active in Warwickshire.”

The Warwickshire stage comes on day two of the race, which will begin at Southwold on the Suffolk coast with the opening stage finishing in Norwich on Wednesday 15 June.

Subsequent stages will take the race to Derbyshire, Nottinghamshire and Staffordshire, before the final day of racing in Northamptonshire, between Northampton and Kettering, on Sunday 19 June.