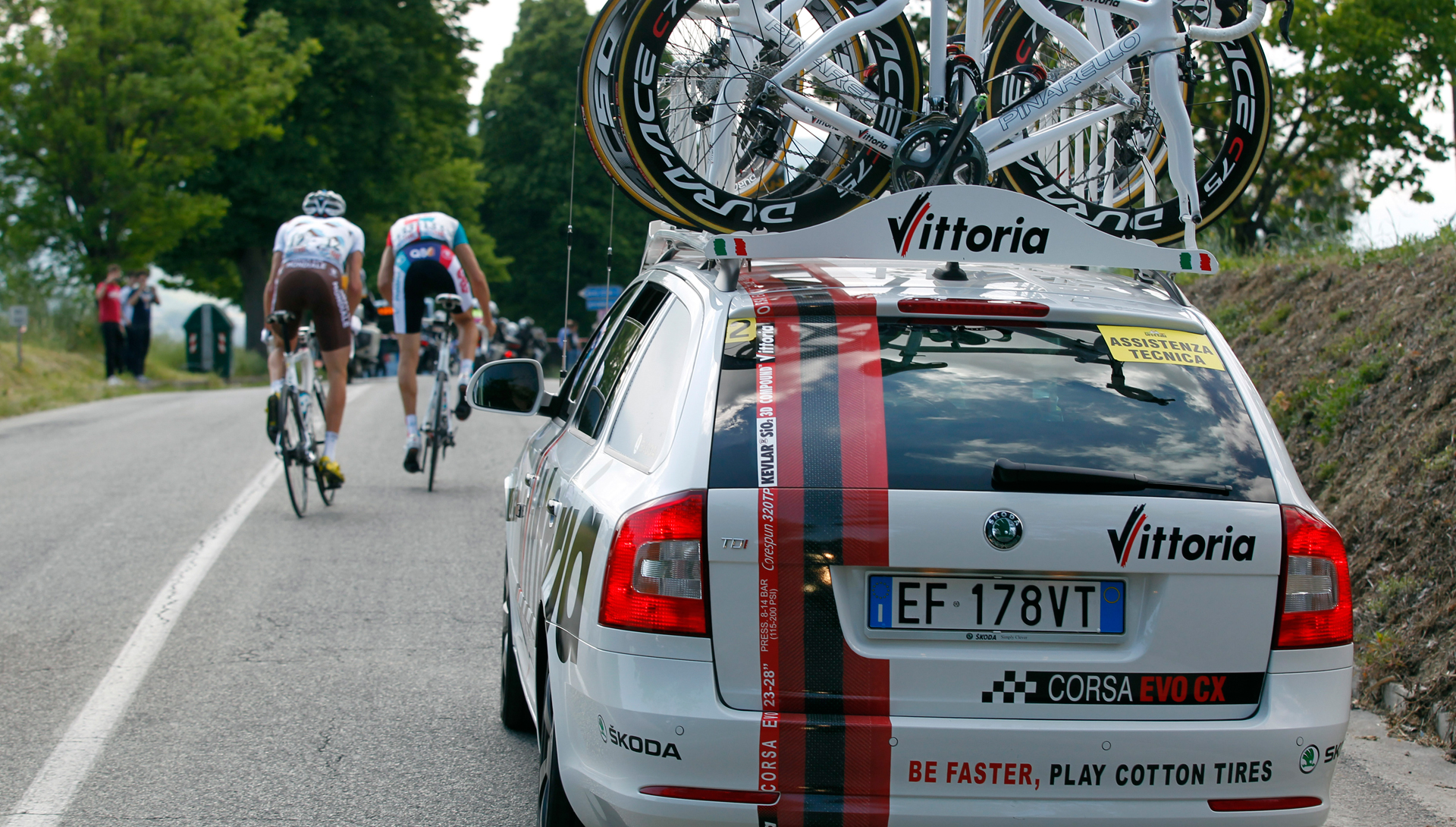 Riders in the Friends Life Women’s Tour this June will enjoy the same world-class neutral service from Vittoria’s Servizio Corse as their male counterparts in the Giro d’Italia and Friends Life Tour of Britain.

Riders in the Friends Life Women’s Tour this June will enjoy the same world-class neutral service from Vittoria’s Servizio Corse as their male counterparts in the Giro d’Italia and Friends Life Tour of Britain.

Vittoria will provide its Servizio Corse neutral service to the Friends Life Women’s Tour from this June, as the Italian tyre giant becomes the official tyre and wheel partner to the five-day, leading international race.

As a part of the deal, Vittoria will also bring its world-renowned Servizio Corse to the UK as the official neutral service partner for the eight day, 2.HC ranked men’s Friends Life Tour of Britain, which runs from 6-13 September 2015.

Last seen in the UK when the 2014 Giro d'Italia opened in Northern Ireland, the Servizio Corse is a crack six-person team of drivers and mechanics following the race in their distinctive white cars – this year sporting Vittoria's bold new brand symbol. Made up of professional drivers and mechanics, and  the Servizio Corse team are supported by a professional touring bus attending the start for product promotion and explanation  to fans.

A long-time fixture at the Giro and other major Italian races, Vittoria's Servizio Corse team have become known as the Guardian Angels of the peloton. Their role is to assist any rider in need, extending beyond a wheel change to food, drink, clothing—even encouragement.

Integral to the successful running of a major stage race, Vittoria SC will be introduced as the Friends Life Women’s Tour’s '17th team' (16 squads will compete in the race this June).

Race bikes by Vitus will be provided by Chain Reaction Cycles and are finished in Vittoria's white livery to equip the Servizio Corse team.

The team is well-practised—as well as supporting the Giro d'Italia, it provides neutral service to Italy's most celebrated road races such as the Strade Bianche, Tirreno–Adriatico, Milano–Sanremo, Milano–Torino, and Il Lombardia, as well as the Tour of Austria and the Dubai Tour, with a Servizio Corse also in Asia, to follow the Tour of Langkawi.

Vittoria MD René Timmermans said: “We are proud to bring our technical resources to the UK to support British bike racing, which is growing fast on the world stage. The Tours of Britain are an important addition to our portfolio of top-class races.”

Commenting on the announcement, Race Director Mick Bennett said; “Our partnership with Vittoria is an exciting affirmation of the quality and world-class level of our events, and in particular we are proud that we can now offer competitors in the Friends Life Women’s Tour the very same Servizio Corse as in the men’s Friends Life Tour of Britain and Giro d’Italia.”

Vittoria will make its UK debut at the ten round Pearl Izumi Tour Series town and city centre race Series, taking place during May and June, providing hospitality and an exhibition area, courtesy of Vittoria's UK sales manager Michael Elson.

The complete list of teams for the 2015 Friends Life Women’s Tour is: