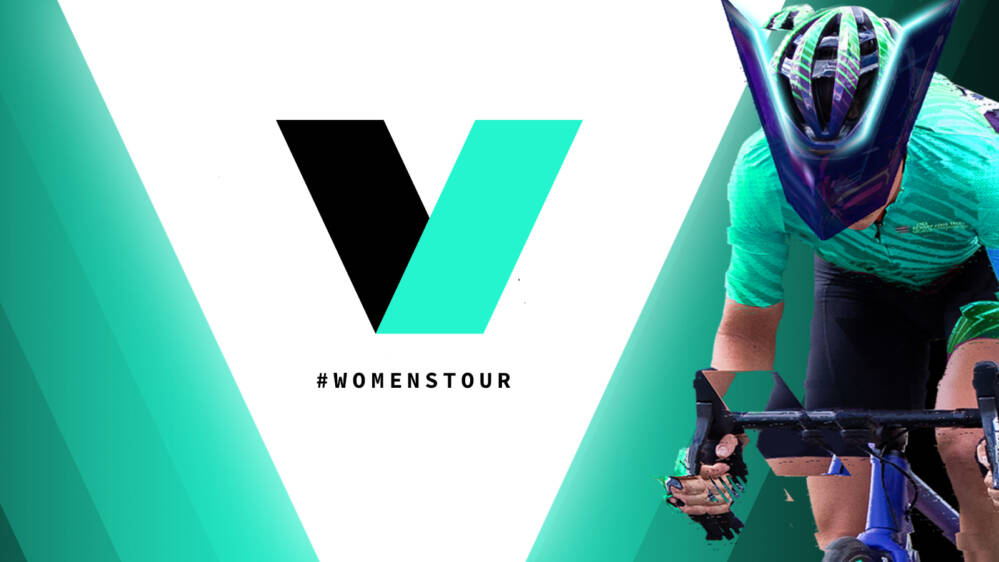 Taking place between Wednesday 17 and Friday 19 June, riders and teams from across the world will race it out over three stages on the RGT Cycling virtual platform, in the new ŠKODA V-Women’s Tour event.

Members of the public will also have the chance to ride the three routes with a suggested donation of £5 to raise money for Breast Cancer Now and Mind.

Lisa Kirkbright, Communications Manager at ŠKODA UK, said: “I am delighted that we have been able to ensure that the Women’s Tour continues to go ahead in 2020, bringing exciting live sport to everyone at a time when it is needed most.

“ŠKODA is passionate about supporting the next generation of elite cyclists so it is fantastic that the first event of this Virtual Series replaces the postponed Women’s Tour, which has long been the most globally recognised event of the UCI Women’s WorldTour. I am excited to see how this innovative and new approach to cycling will inspire future generations to get on their bikes.”

Commenting on the announcement, Jonathan Durling, Partnerships Director for organisers SweetSpot said; “We have been working with RGT Cycling since 2019 to develop a virtual version of one of our events to bring the race and athletes to a new audience, and as one of the jewels in the crown of SweetSpot’s portfolio of events it is great that the Women’s Tour has become the first with which we can do that.

“As soon as the COVID-19 situation hit and we were forced to postpone the Women’s Tour in March, we accelerated those plans and have worked tirelessly as a team to bring the inaugural ŠKODA V-Women’s Tour to fruition. eSports are an important and growing area of both the sporting landscape and in the arena of professional cycling and we look forward to bringing our event to screens around the world on 17 June.”

Organisers have chosen two classic stages from the past six editions of the Women’s Tour, with riders first facing the final 38.4 kilometres of the 2014 stage to Bury St Edmunds in Suffolk, as won by Marianne Vos in a bunch sprint.

The second leg will replicate the finishing circuit from 2019’s hill top finish at Burton Dassett in Warwickshire, with three ascents of the 1.7 kilometre climb that averages 4.9% during the 35.7 kilometre race, which was won last June by Kasia Niewiadoma and also featured in the men’s Tour of Britain.

The final stage will take place around 35-laps of the world-famous business district of Canary Wharf, London that is one of RGT Cycling’s ultra-realistic Real Roads. Riders will race on the one kilometre circuit that featured in a number of editions of the Tour Series, ensuring a fast paced finale to the inaugural ŠKODA V-Women’s Tour. 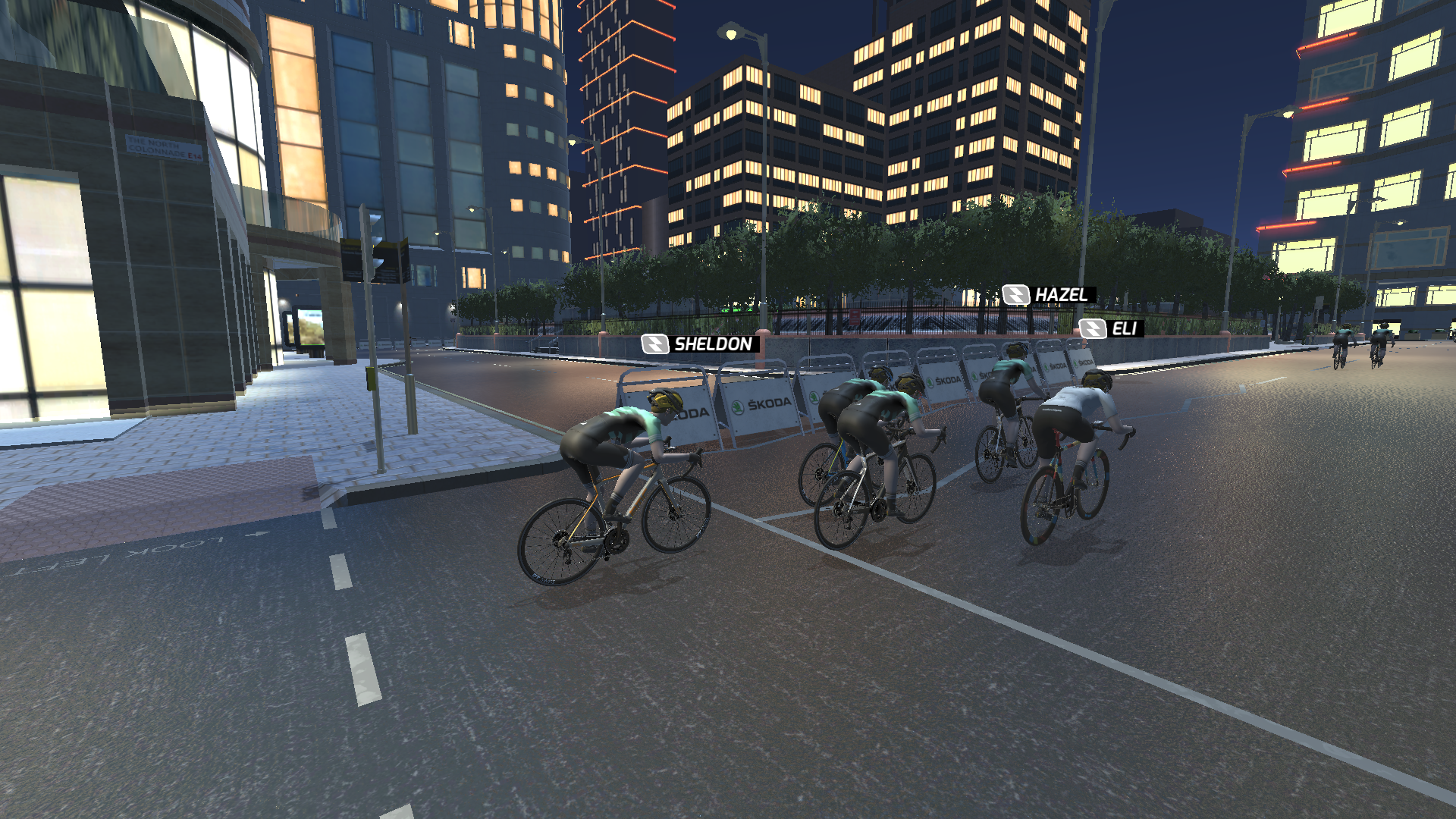 “The impact the pandemic has had on both the women’s and men’s international race calendar has been huge, so it’s great to help deliver the 2020 ŠKODA V-Women’s Tour and bring back top tier racing for both the riders and the fans,” explained RGT Cycling CEO and co-founder Alex Serban.

“We’ve done everything in our power over the last few months to keep cyclists active and motivated, and the virtual Women’s Tour will be a welcome return to racing for many – hopefully inspiring more to get back on their bike and ride.”

The full list of teams participating in the ŠKODA V-Women’s Tour will be announced in the coming days, with all confirmed to participate with three rider line-ups.

“This whole event is a great way to keep competitive racing in the calendar in these challenging times. Cycling has been the mainstay of many daily exercise routines and schedules in recent months so, we’re excited to help women’s cycling grow with this new and exciting global online racing format. We’ll be tuning in and supporting the teams, through to the finish with a supply of all-natural California Raisins, the perfect on the go snack.”

The races will be broadcast live via the Women’s Tour website and YouTube channel as well as the We Love Cycling YouTube channel  with further channels and platforms to be announced.

Following each stage of the ŠKODA V-Women’s Tour the route will be available for amateur riders to test themselves against the pros for three days and to raise money for Mind and Breast Cancer Now. More details of this will be announced in the build up to the event.

Claire Pulford, Assistant Director of Community, Events and Students at Breast Cancer Now, the research and care charity, said: “We are so excited to once again be part of the Women’s Tour, but this this time on a virtual stage. It is wonderful that the event has been able to continue in such an innovative way and that it will virtually bring together professional cyclists and members of the public to raise money at what is such a difficult time for so many.

“The coronavirus outbreak represents an unprecedented situation for all of us, but we know this is an extremely uncertain time for those affected by breast cancer. We’re determined to make sure anyone affected by the disease gets the support they need, the whole way through this crisis and beyond, but we can’t do it alone.

“We are so grateful for the continued support from all at the Women’s Tour, and from those who will take on the cycling challenges during the ŠKODA V-Women’s Tour to raise vital funds for Breast Cancer Now’s world-class research and life-changing care. We need this support now, more than ever, to ensure that we’re able to continue to provide support for today and hope for the future for everyone affected by breast cancer.”

Vanessa Newton, Mind’s Head of Fundraising Strategic Development, said: “We’re very grateful to the Women’s Tour for choosing Mind as one of the beneficiary charities of the ŠKODA V-Women’s Tour. We know through our work with British Cycling and across the sector that sport can be a powerful platform for change, not least around mental health.

“We hope that the ŠKODA V-Women’s Tour not only raises awareness about mental health and Mind, but also raises vital funds at a time when people need Mind’s support more than ever. Every penny raised will go towards Mind’s work to ensure that the one in four of us who experiences a mental health problem each year has somewhere to turn to.”

Organisers SweetSpot announced the postponement of the planned 2020 Women’s Tour race in March, with the next edition of the race due to take place from Monday 7 to Saturday 12 June 2021 with final confirmation of the dates and the 2021 UCI Women’s WorldTour calendar due in the coming months.