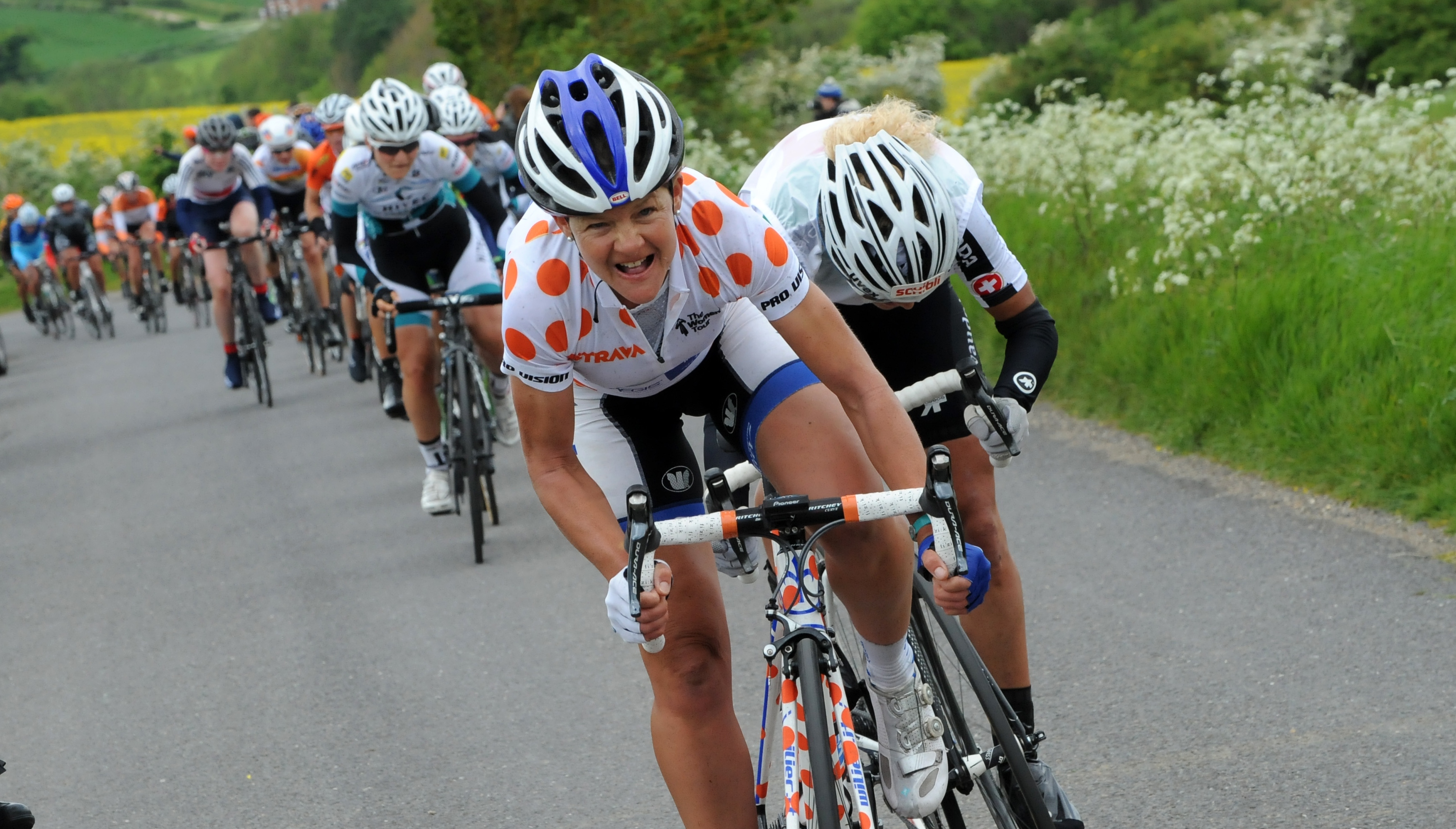 Cotswolds Tourism is highlighting two cycling events – which will take place on 16 June and 7 July – to honour the memory of Sharon Laws, the Olympic cycling champion who died last year at the age of 43 following a battle with cancer.

Cotswolds Tourism is highlighting two cycling events – which will take place on 16 June and 7 July – to honour the memory of Sharon Laws, the Olympic cycling champion who died last year at the age of 43 following a battle with cancer.

Sharon, who was based in Bourton-on-the-Water, did a lot to raise the profile of cycling in the Cotswolds, including assistance in promoting the local leg of last year’s men’s OVO Energy Tour of Britain. Before she rose to fame she attended The Cotswold School in Bourton and established close links with them to boost the appeal of cycling. As a result, the school is now organising the Sharon Laws Sportive in association with British Cycling. The 43 mile route (one mile for every year of Sharon’s life) will take place on Saturday 7 July, starting and ending in Bourton, and visiting The Rissingtons, Bledington, Shipton-under-Wychwood, Burford, Windrush and Sherborne. A shorter loop will also be available for children and families. Click here to participate; proceeds will be divided equally between Jo’s Cervical Cancer Trust and The Cotswold School.

Principal of Cotswold School, Will Morgan, looks forward to the Saturday 7 July event:

“Sharon was a lovely lady, a fantastic cyclist and good friend of the School. We are delighted to be holding this event, in our 30th year, but we hope to hold it as an annual event, as a long-lasting tribute to Sharon.”

“Sharon played a huge part in the success of the Cotswolds leg of the OVO Energy Tour of Britain last year and clearly inspired many youngsters to get involved in cycling. As a tribute to her, It is with great pleasure we can announce that Sharon’s Mum Joy Laws will unveil a plaque at Bourton’s Everyone Active Leisure Centre on the morning of the Sportive. Bourton-on-the-Water Parish Council, in liaison with Joy, have arranged for this lasting tribute to Sharon. In addition, Cotswold District Council will arrange for two of Sharon’s signed shirts to be framed to mark her achievements. The unveiling will take place in the lobby of the Leisure Centre (which is next to The Cotswold School) at 10 am on Saturday 7 July.”

Additionally, Stage Four of the OVO Energy Women’s Tour touches the Cotswolds area on Saturday 16 June, and this will be dedicated to the memory of Sharon Laws. The 16 June stage, which is being organised by Worcester & Wychavon Councils, will pass close to Mickleton, Chipping Campden, Broadway and Snowshill, and spectators will be very welcome to cheer on the riders in this free-to-attend event.  You can find full details of the stage including the route and timings here.

“It will be a tremendously picturesque route taking us near Broadway and Snowshill on the northern edge of the Cotswolds. These were roads that would have been familiar with our former Queen of the Mountains Sharon Laws, who lived and trained in the area.

“Like everyone we were deeply saddened by the loss of Sharon in December last year. She lit up the first two editions of the race and returned in 2017 to add her expert analysis to the ITV4 commentary, and we would like to dedicate this stage to her.”

Finally, another opportunity awaits those that enjoy getting on their bikes and cycling, when Rise Above, the official sportive of Mark Cavendish, will come to the area on Sunday 5 August with three new and exciting routes around Cheltenham and the Cotswolds Area of Natural Beauty.

The event will provide a rigorous test for all riders, similar to those challenges professional riders face every time they race. Mark Cavendish will once again be the official starter, before taking to the roads to complete one of the rides that he has helped create.

The three circular routes on offer are:

This year’s ‘Rise Above Sportive route starts and finishes at Cheltenham Racecourse, and all three routes will tackle the arduous Cleeve Hill, which featured in last year’s OVO Energy Tour of Britain race, and features sections that reach a 25 per cent gradient.

Riders who sign up for the two longer distances will also test themselves on the energy-sapping Snowshill climb, a three-kilometre ascent that gradually increases in severity, which will be a part of the OVO Energy Women’s Tour in June, as well as having previously featured in the men’s Tour.