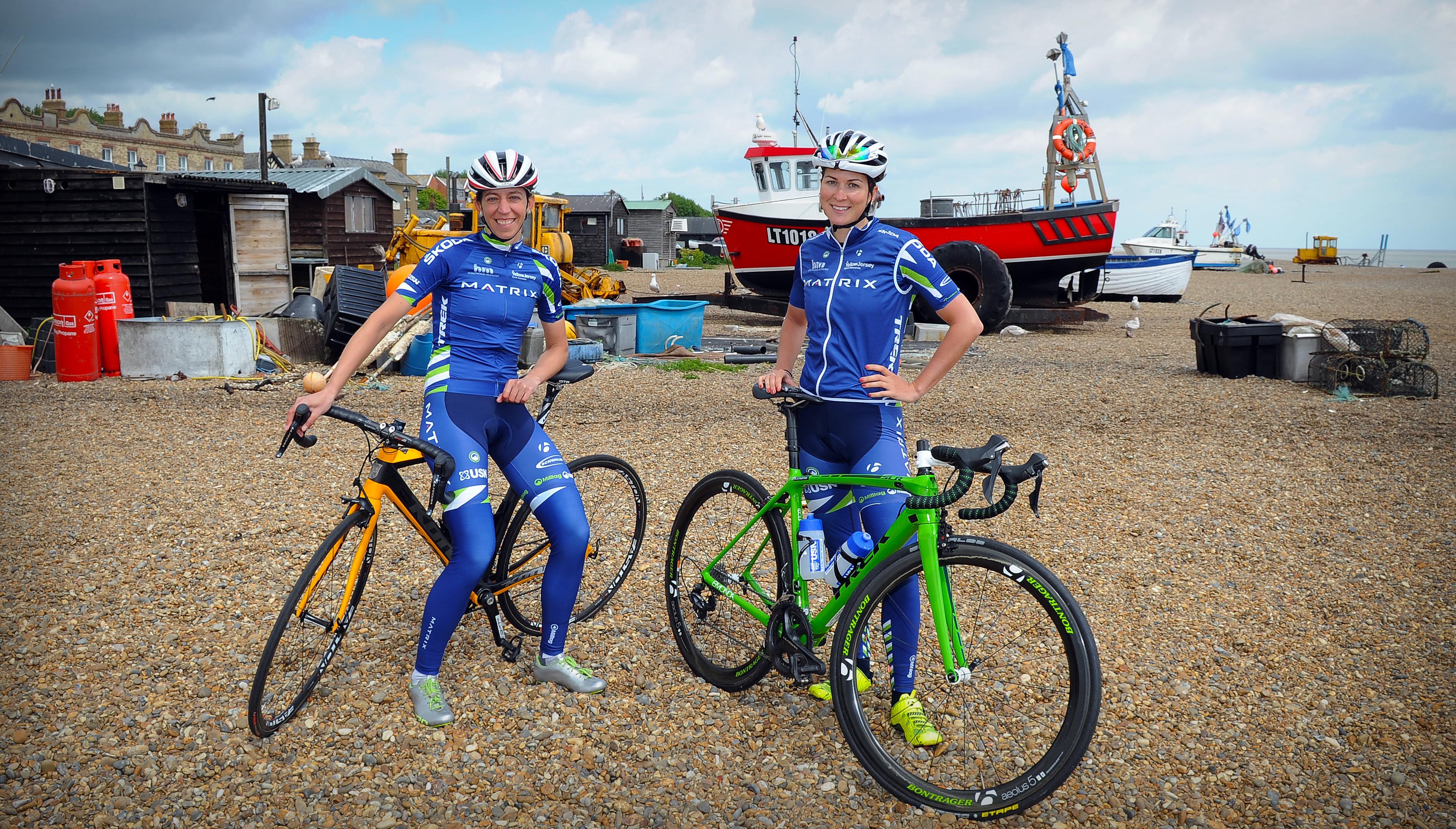 With only 9 days to go until we welcome the Aviva Women’s Tour to Suffolk Coastal, the council is getting behind the Matrix Fitness team and is encouraging local people to give their support.

The team which competes at an international level, will be taking part in the Aviva Women’s Tour for the second time and will be represented by six riders (with the remaining tbc); Laura Trott, Lucy Martin, Elinor Barker and their latest addition to the team, Kimberley Le Court.

Laura Trott, from Harlow in Essex, is a Double Olympic Gold Medallist English track and road cyclist and was the first British woman to win two Gold medals at London 2012. She is also the most successful rider, male or female, in the history of the European Track Championships, with seven titles as of October 2014.

Lucy Martin was spotted by British Cycling’s Olympic Talent Team aged 15 and represented Great Britain in cycling at the 2012 Summer Olympics, the 14th Commonwealth Games and the under 23 National Road Championships.

Elinor Barker is a Welsh racing cyclist who started out in the sport aged 10 after joining British Cycling's Olympic Development Academy. She a double world champion in women's team pursuit, having won the world title in 2013 and 2014.

Kimberley Le Court from Mauritius is the latest addition to the team after confirming her signing to Matrix Fitness earlier this month. She has recently performed in a number of high profiles events in South Africa and hopes her move to Europe will help her gain valuable experience.

So far, the team have been involved in a number of events in the build up to the Tour to encourage local people to get involved and get more people cycling. The team recently lead the special ‘Evening With’ event in Thorpeness on 20 May which gave people the chance to find out more about the team and also ask questions of their own. A group of young people from Framlingham’s Fresh Aspirations which helps young people develop the skills they need to find work, were also given the chance to interview the cyclists during the evening to give them interview experience and also boost their confidence.

Members of the team also took part in a media ride on 21 May to showcase the final 10-miles of the Suffolk Coastal route to members of the media. Lucy Martin and cyclo-cross champion Helen Wyman led the ride which included Mayor of Aldeburgh Michael Kiff, Cllr TJ Haworth-Culf as well as a large group of cycling enthusiasts. The ride started at the Crown Inn in Snape and wound through the country lanes to finish at Moot Hall in Aldeburgh.

Local schools have been showing their support for the cycling team and will be looking out for them on the day of the race with flags and hand clappers. 11 schools have taken up the offer of free cycling sessions for year 5 and 6 pupils which also gives pupils a chance to take part in a race on the day of the Tour. 10 schools have also been involved in the colouring competition which invited children of all age groups to come up with designs for wooden balance bikes which will used to decorate the route of the cycle race.

Cllr TJ Haworth-Culf with responsibility for Customers, Communities and Leisure, said: “It’s great to see such a prominent team in the Aviva Women’s Tour taking the time to get involved with local people and events in Suffolk Coastal.

“I hope this will encourage our local communities to show their support for the team and I want to wish them the best of luck in this year’s race!”