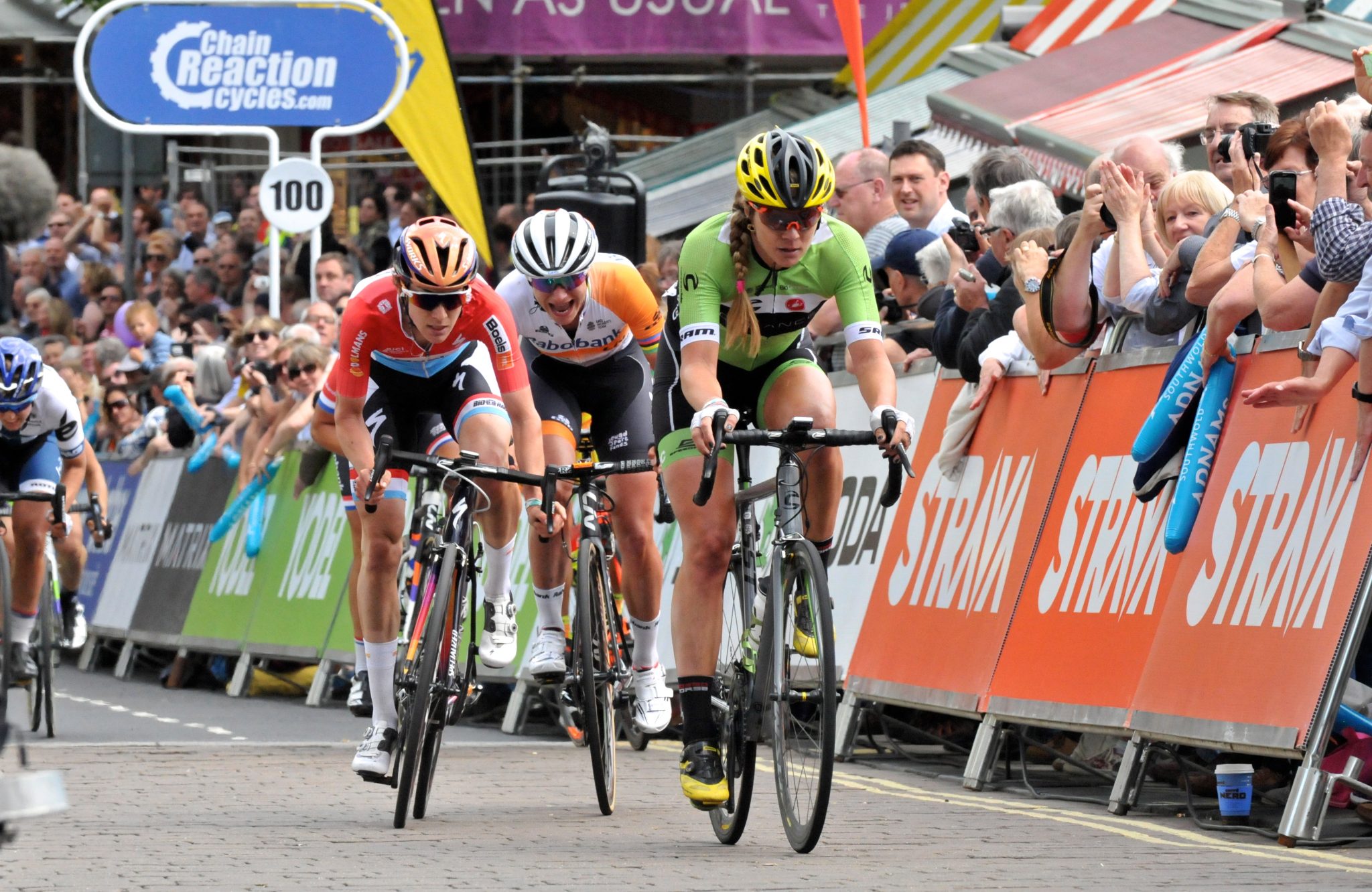 The American squad Cylance Pro Cycling have announced a strong provisional line-up for the OVO Energy Women’s Tour, which gets underway on Wednesday 7 June in Daventry, Northamptonshire.

The American squad Cylance Pro Cycling have announced a strong provisional line-up for the OVO Energy Women’s Tour, which gets underway on Wednesday 7 June in Daventry, Northamptonshire.

The provisional line-up features 2012 Olympic Gold medallist Dani King and previous stage winner in the race Rossella Ratto, who won Stage Two in 2014 on her way to third overall.

“The OVO Energy Women’s Tour is going to be really hard, the stages are very long and on roads where tactics and position is important, but at the same time it is one of the most beautiful races for the crowd and the good organisation. I just wish to be a protagonist and help some of my teammates hopefully winning,” said 23-year-old Ratto, who finished third at the 2013 World Road Race Championships.

Based in California, the team are sponsored by Cylance® Inc., the company revolutionizing cybersecurity with the practical application of artificial intelligence to prevent the most advanced cyber threats.

The strong Cylance Pro Cycling line-up includes top sprinter Kirsten Wild, a four-time winner of the Ladies Tour of Qatar and former Polish champion Małgorzata Jasińska.  Wild won the Prudential RideLondon Classique in 2016, so will again be targeting victory in the capital when Stage Five of the OVO Energy Women’s Tour heads to London for the final stage of the race on Sunday 11 June.

The provisional line-up is completed by Spaniard Sheyla Gutierrez, who won the prestigious single-day Les Samyn des Dames this March and Willeke Knol, who will make her debut in the OVO Energy Women’s Tour.