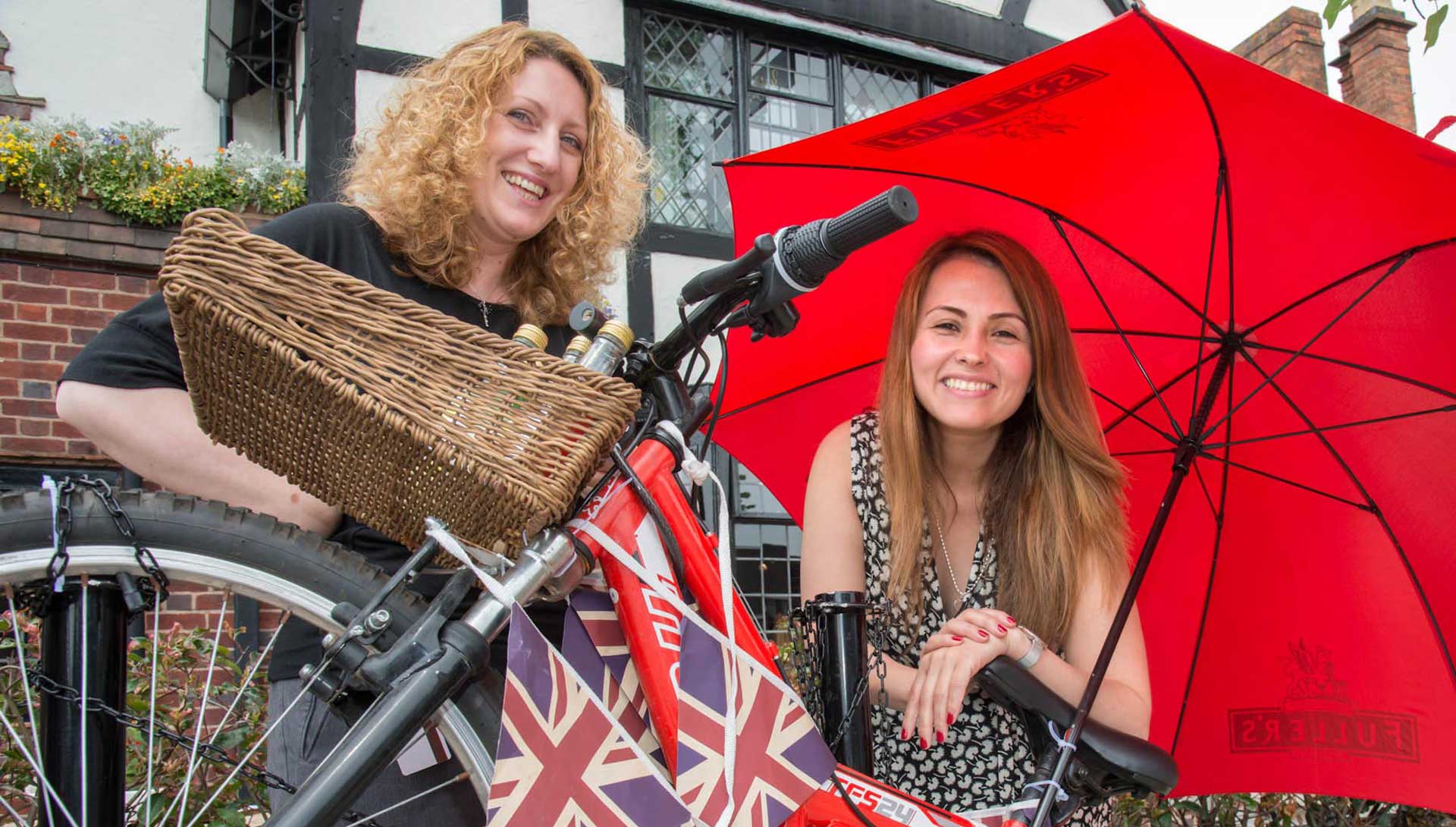 Cycling fever is ready to hit Stratford upon Avon as the town prepares to welcome some of the world’s finest women cyclists next week for the finish of the second stage of the Aviva Women’s Tour.

Cycling fever is ready to hit Stratford upon Avon as the town prepares to welcome some of the world’s finest women cyclists next week for the finish of the second stage of the Aviva Women’s Tour.

The gruelling Stage Two of the Aviva Women’s Tour comes to Warwickshire for the first time next Thursday (16 June), with the finish line in the heart of Stratford….and businesses in the town are already lining up to embrace the event. They include Bright Ideas Gifts on Henley Street, one of the shops that is selling Warwickshire Bears, donned in Aviva Women's Tour kit to mark the arrival of the prestigious event to the area.

The bears are being given to winning riders and schoolchildren as prizes, but are also being sold in shops around the patch to raise money for charity.

Proprietor Jo Sainsbury – a triathlete herself – can’t wait for this premier event to hit the county for the first time.

“I just think something like this is amazing for the region,” she said. “If it kindles an interest and if people around the world see the lovely image of cyclists going through the Warwickshire countryside and Stratford and think, ‘I want to visit there’, then that’s great.”

Mrs Sainsbury, 54, who took up sprint triathlons five years ago, added: “I wanted to do just one triathlon in my 50th year, but now I do about four a year.

“When I heard about the chance to get involved in this by selling the bears I thought it was a great way of getting involved in a sporting event that’s good for the area.”

Other businesses in the town are being urged to get involved by either decorating their shop windows, decorating a bike or even creating special cycle themed menus.  Among those already geared up include Dayna Edwards at Something Different in Meer Street, who has created a bike themed window, and the team at the nearby White Swan in Rother Street who have decorated a bike outside the hotel.

This year is the first time the Aviva Women’s Tour has come to Warwickshire, with thousands of followers expected to descend on Stratford’s Bridge Street to catch a glimpse of the finish line.

“We’re excited about what this will do for Warwickshire, especially after it was recently recognised as one of the top 10 locations in Europe to visit.” The 140km Warwickshire leg on the second day of the five-day tour will start in Atherstone, working its way down the county before arriving in Stratford in the afternoon.

The longest leg of the event, it will include gruelling climbs and is expected to be an early indicator of who could win the race overall.

You can find an interactive map and timings, plus download an overview map and profile here.

The Great Britain national team, who continue their preparations for the 2016 Olympic Games in Rio de Janeiro, will ride alongside teams from the USA, Germany, France and the Netherlands. Other high-profile teams include Rabo Liv, who won the 2014 race with Marianne Vos, and Britain’s own newly-formed Drops Cycling Team, who will be making their tour debut.

Pictured below is Hannah Payton of the Drops Cycling Team in Stratford-upon-Avon with race mascot ToBi earlier this year.