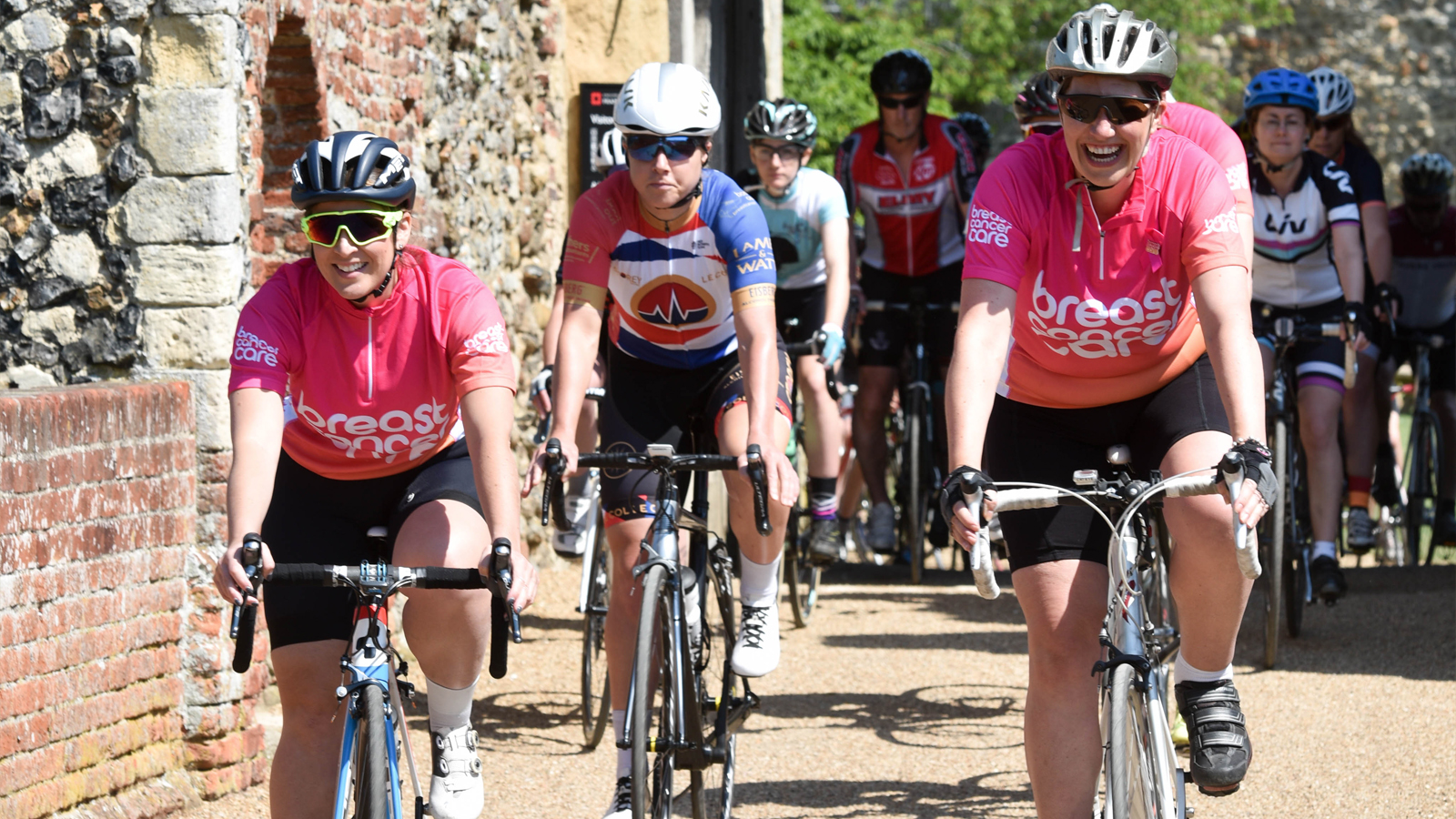 Storey Racing’s Chanel Mason tackled the opening stage of this year’s OVO Energy Women’s Tour from Framlingham to Southwold on Thursday as part of the event’s annual media ride.

Storey Racing’s Chanel Mason tackled the opening stage of this year’s OVO Energy Women’s Tour from Framlingham to Southwold on Thursday as part of the event’s annual media ride.

Mason, along with TV presenter Rebecca Charlton; cycling enthusiasts from event partners Adnams and Breast Cancer Care; representatives from the BBC and ITV; as well as local dignitaries rode from Framlingham Castle to a sun-soaked Southwold North Parade.

The mini peloton rode 50 of the 130 kilometres that the world’s best riders will race on come Wednesday 13 June. They were escorted by Suffolk Police motorcyclists and assisted by an official Women’s Tour support car to add to the pro experience.

“I really enjoyed the ride; it was really nice to chat with local riders,” said Mason. “I don’t think it will be that pleasant come race day though!

“Although this is said to be a flat stage the final section out of Framlingham still has ramps, which make for potential launch pads. The roads were narrow in parts but moving up in a full bunch shouldn’t be an issue. It’s relatively sheltered from the east coast right until the last minute where Southwold pier suddenly appears on the approach to the finish line.”

Rebecca Charlton added: “This is a stunning start to the OVO Energy Women’s Tour. The roads of Suffolk are absolutely beautiful and the local community is gearing up to welcome the world’s best riders battle it out come Wednesday 13 June.

“The final 90-degree turn onto Southwold’s North Parade could be key for positioning, as it comes with just 300 metres remaining. If this comes down to a bunch sprint, it’s going to be fascinating to watch the riders battle it out as they attempt to claim the first OVO Energy Green Jersey of the race.” Chanel Mason and Rebecca Charlton at the start in Framlingham.

Race Director Mick Bennett said: “It is great to see partners involved in the Suffolk stage of the OVO Energy Women’s Tour getting out on the route to experience the same roads as the world’s top riders will race on this June. The route for Stage One is beautiful and we hope that the many towns, villages and communities along it will embrace the race and turn out to cheer on the riders on Wednesday 13 June.”

Chief of Growth at Adnams, Duncan Cardwell, said: “It’s great to be able to get a feel for some of the route the pro riders will follow. Riding through lush Suffolk countryside, past Adnams pubs with the finish in sunny Southwold for lunch at our flagship hotel, The Swan.” Any amateur riders interested in testing themselves of some of Suffolk’s finest roads can sign up for the OVO Energy Tour Ride supporting Breast Cancer Care. On Sunday 1 July members of the public will be given the opportunity to ride one of two routes inspired by Stage One of the 2018 OVO Energy Women’s Tour. Both 50 and 130-kilometre routes start and finish in Southwold.