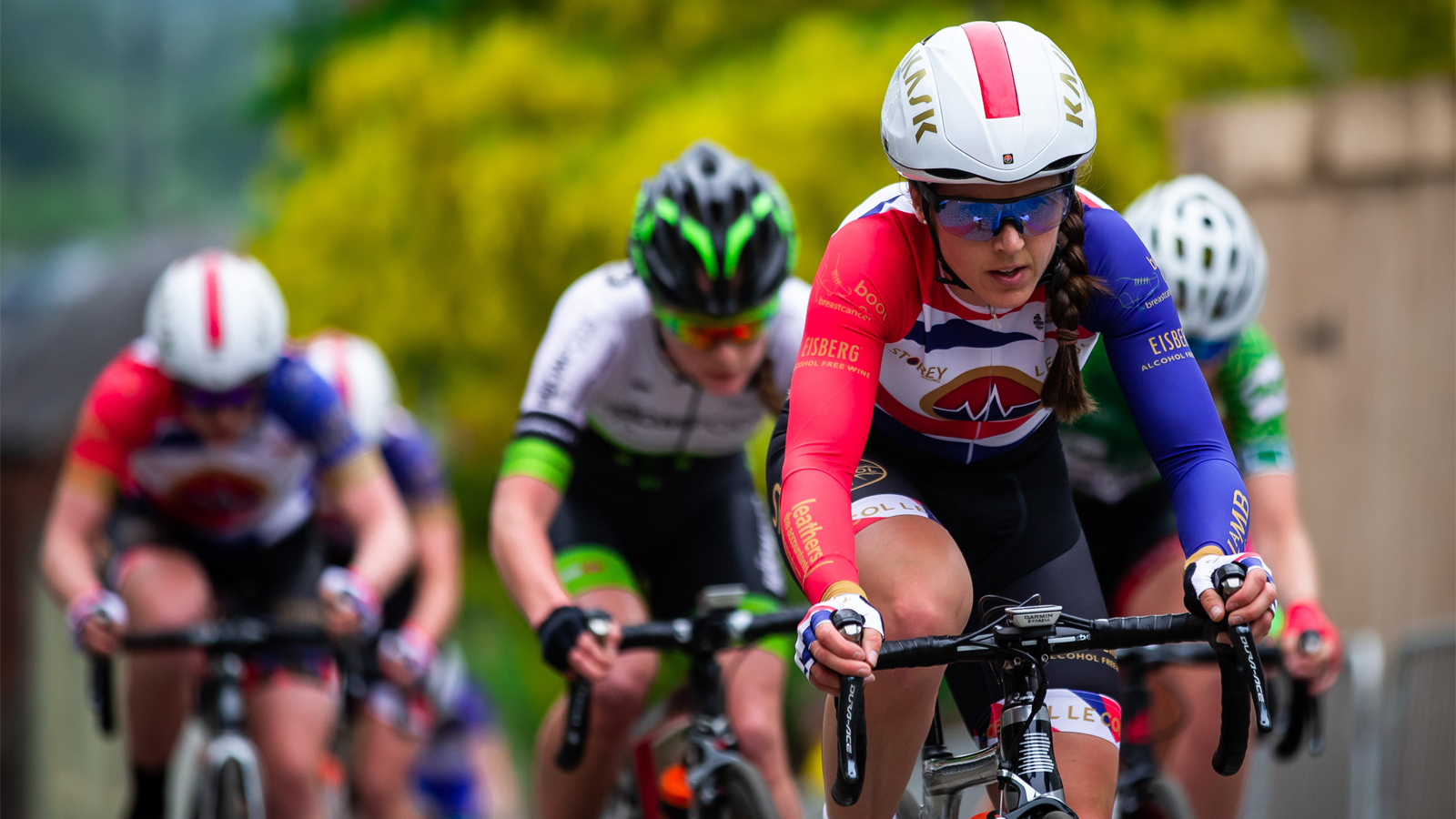 Off the back of a strong start to the 2018 season, Storey Racing have today (Friday) named their six-rider squad for the OVO Energy Women’s Tour.

Off the back of a strong start to the 2018 season, Storey Racing have today (Friday) named their six-rider squad for the OVO Energy Women’s Tour.

Rebecca Durrell, who won the Lincoln GP in May and finished 18th in Kettering during last year’s curtain raiser, returns to Britain’s leading women’s stage race for the third year running.

Neah Evans and Ejay Harris, both of whom rode well in last month’s OVO Energy Tour Series, have also been selected for Storey Racing’s team.

“I’m excited to see this line-up take on the OVO Energy Women’s Tour,” commented Barney Storey having made the selections.

“We have a strong squad which has really gelled in some tough races already this year and our performances as a team at both the Lincoln Grand Prix and CiCLE Classic show we are improving our race craft all the time.”

“We are going to be the smallest team in the peloton for the Women’s Tour, but this also means there is no expectation on us and that can lead to opportunistic moves which I know the team are keen to take. I’ll be following their every pedal stroke from the mechanics seat in the team car and am looking forward to working with our on race DS, Paul Freeman to help the riders maximise their opportunities.”

Launched in 2017, British Paralympic champions Dame Sarah and Barney Storey are behind the fledgling squad, which aims to give riders the very best in racing opportunities and mentoring.

New signing Mel Lowther, Beth Crumpton – who will be on home roads during Stage Four in Worcester – and Anna Kay complete their line-up.

To celebrate the announcement, Storey Racing and Eisberg Alcohol Free Wine are giving away four tickets to see the finish of Stage Four of the OVO Energy Women’s Tour on Saturday 16 June in Worcester.

To put your name in the draw for this please send the team a good luck message and use the hashtag #StoreyRacingSupporter on Twitter, Instagram or Facebook and every message will result in one entry to the prize draw. The winner of the four tickets will be announced on Monday 11 June (messages left before midnight on Sunday 10 June will be counted as an entry.)

Visit our OVO Energy Women’s Tour team tracker to stay up-to-date with all of our team and rider announcements ahead of this year’s race.