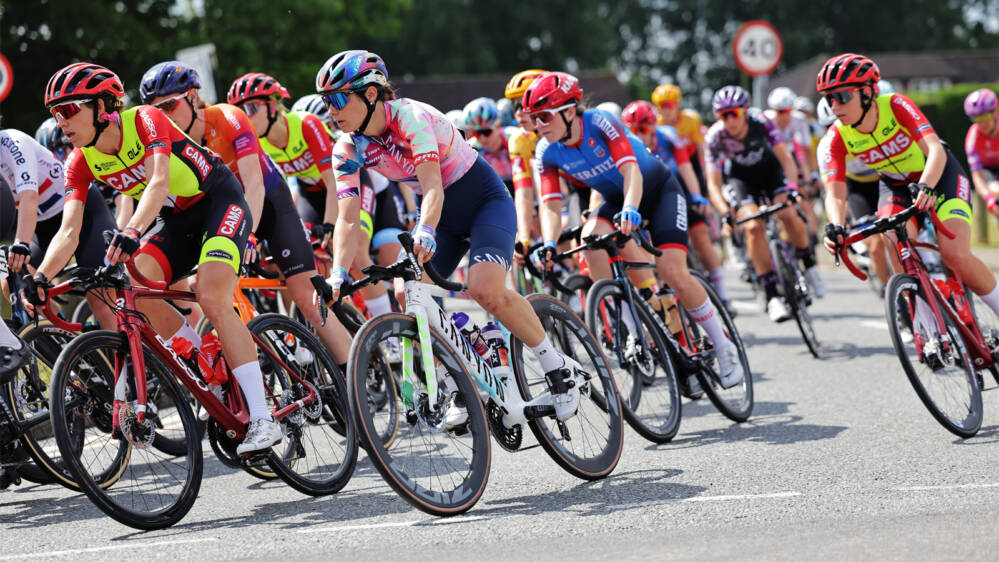 The Women’s Tour’s first-ever stage in the picturesque county of Gloucestershire takes place on Wednesday (8 June) between Tewkesbury and Gloucester.

The Women’s Tour’s first-ever stage in the picturesque county of Gloucestershire takes place on Wednesday (8 June) between Tewkesbury and Gloucester.

Clocking in at 107.9 kilometres, the stage three route packs in 1,494m of climbing, making it the most undulating day of this year’s race thus far.

Despite passing through the Forest of Dean, a sprint finish could again be on the cards, especially if Lorena Wiebes’ Team DSM squad manage to control the peloton throughout.

Last year Wiebes became only the second rider in Women’s Tour history to claim back-to-back stage victories: having won in Harlow on Tuesday, could she become the first person to achieve that feat twice?

Live coverage of stage three will be available on Eurosport Player and GCN + from 12:30pm.

Highlights of stage three will be shown on ITV4 at 8pm (then available on the ITV Hub for 30 days) and worldwide on Eurosport Player and GCN + from Thursday morning.

The following riders will wear these leaders’ jerseys during stage three.