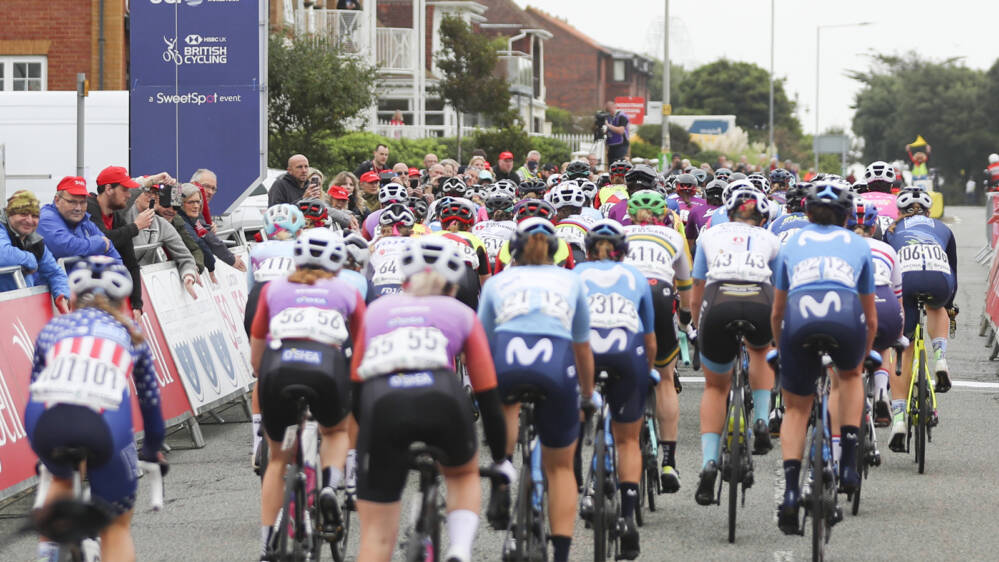 The 2021 AJ Bell Women’s Tour winner will be crowned in Suffolk on Saturday, as Haverhill and Felixstowe hosts stage six of this year’s race.

The 2021 AJ Bell Women’s Tour winner will be crowned in Suffolk on Saturday, as Haverhill and Felixstowe hosts stage six of this year’s race.

Demi Vollering’s lead of 1:09 in the general classification makes her the race’s champion-elect; should she maintain that gap come the finish she will win the tour by the second largest margin in AJ Bell Women’s Tour history.

This will be the fourth stage of the race held entirely in Suffolk, which aims to be England’s most active county. The winner of the last two of those – in Southwold (2018) and Stowmarket (2019) – was Vollering’s now retired former SD Worx team-mate Jolien D’hoore.

Should Team DSM’s Lorena Wiebes take the stage victory for the third day in a row, she will tie the record for most consecutive wins in race history, a feat that Marianne Vos achieved in the inaugural 2014 edition.

Discover Haverhill and Felixstowe on our stage six hub page.

Stage six begins in Haverhill High Street at 11am, with the finish on Felixstowe’s Sea Road scheduled to take place at 3:20pm. Click here to view the full timetable.

Anybody attending stage six of the AJ Bell Women’s Tour in Suffolk can use our spectator guides to help plan their day.

Highlights of stage six will be shown on ITV4 at 8pm on Thursday.

Coverage will also be available on Eurosport and GCN +.

Presented by Brother UK, we’ll have the results from each stage available within minutes of the finish.