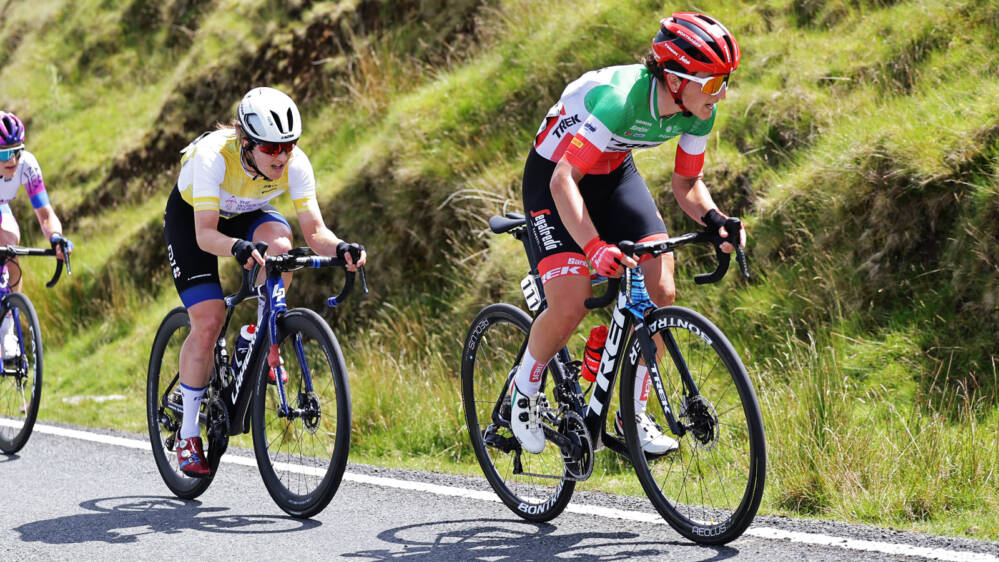 Grace Brown, Elisa Longo Borghini or Kasia Niewiadoma: this year’s Women’s Tour champion will be crowned in the heart of historic Oxford on Saturday.

Grace Brown, Elisa Longo Borghini or Kasia Niewiadoma: this year’s Women’s Tour champion will be crowned in the heart of historic Oxford on Saturday.

Never before in race history have three riders been separated by such a small margin – two seconds – going into the final stage.

Should Brown (FDJ Nouvelle-Aquitaine Futuroscope) or Longo Borghini (Trek – Segafredo) triumph, they will add their name to the Women’s Tour’s prestigious roll of honour, becoming the first riders from their respective countries – Australia and Italy – to win the race. Victory for Niewiadoma would see her become the second two-time champion after Lizzie Deignan.

A maximum of 16 bonus seconds – three apiece at the Pillar sprints in Carterton and Burcot – plus 10 at the finish are available on stage six. Should riders be tied on time after the stage, GC positions will be decided by the cumulative stage placings across the whole race.

There’s also the small matter of the stage win on the world-famous St Giles’, too. Will Lorena Wiebes claim her third victory of this year’s race, or will she be denied by the likes of Barbara Guarischi (Movistar Team) or Shari Bossuyt (Canyon//SRAM Racing), who placed behind her in Harlow on stage two?

Neither Chipping Norton, the county’s highest town, or Oxford have hosted a stage start or finish of the Women’s Tour to date, although the world’s best riders did pass through the historic city’s eastern side during last year’s stage from Bicester to Banbury.

Live coverage of stage six will be available on Eurosport Player and GCN + from 10:55am.

Highlights of stage six will be shown on ITV4 at 8pm (then available on the ITV Hub for 30 days) and worldwide on Eurosport Player and GCN + from Sunday morning.

The following riders will wear these leaders’ jerseys during stage six.