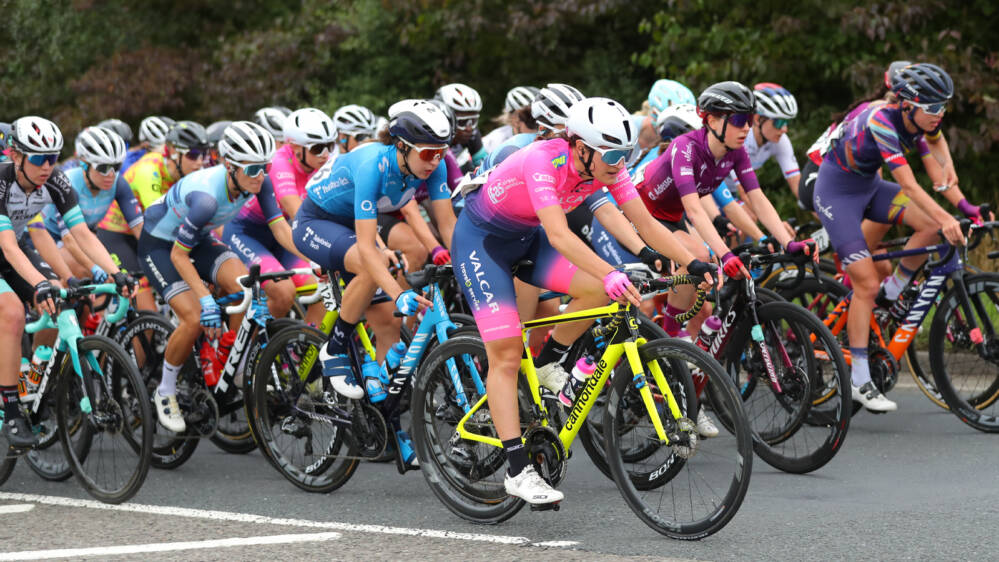 Who will follow Marianne Vos and Jolien D’hoore by claiming an AJ Bell Women’s Tour stage victory in Clacton-on-Sea? All will be revealed in the fifth stage of the 2021 race on Friday.

Who will follow Marianne Vos and Jolien D’hoore by claiming an AJ Bell Women’s Tour stage victory in Clacton-on-Sea? All will be revealed in the fifth stage of the 2021 race on Friday.

A 95.4-kilometre stage awaits the world’s best riders, a day of racing that begins at Colchester’s new Northern Gateway Sports Park, which is home to a fantastic mile-long closed road cycle circuit. The peloton will complete a lap of this, as well as passing through the historic town of Colchester itself, en route to the third finish along Clacton’s seafront.

Discover Colchester and Clacton-on-Sea on our stage five hub page.

Anybody attending stage five of the AJ Bell Women’s Tour in Essex can use our spectator guides to help plan their day.

Highlights of stage five will be shown on ITV4 at 8pm on Friday.

Coverage will also be available on Eurosport and GCN +.

Presented by Brother UK, we’ll have the results from each stage available within minutes of the finish.

As well as being the starting point of stage five, Colchester will also feature in next year’s AJ Bell Women’s Tour when it hosts the Grand Départ.

More details will be released in the New Year.