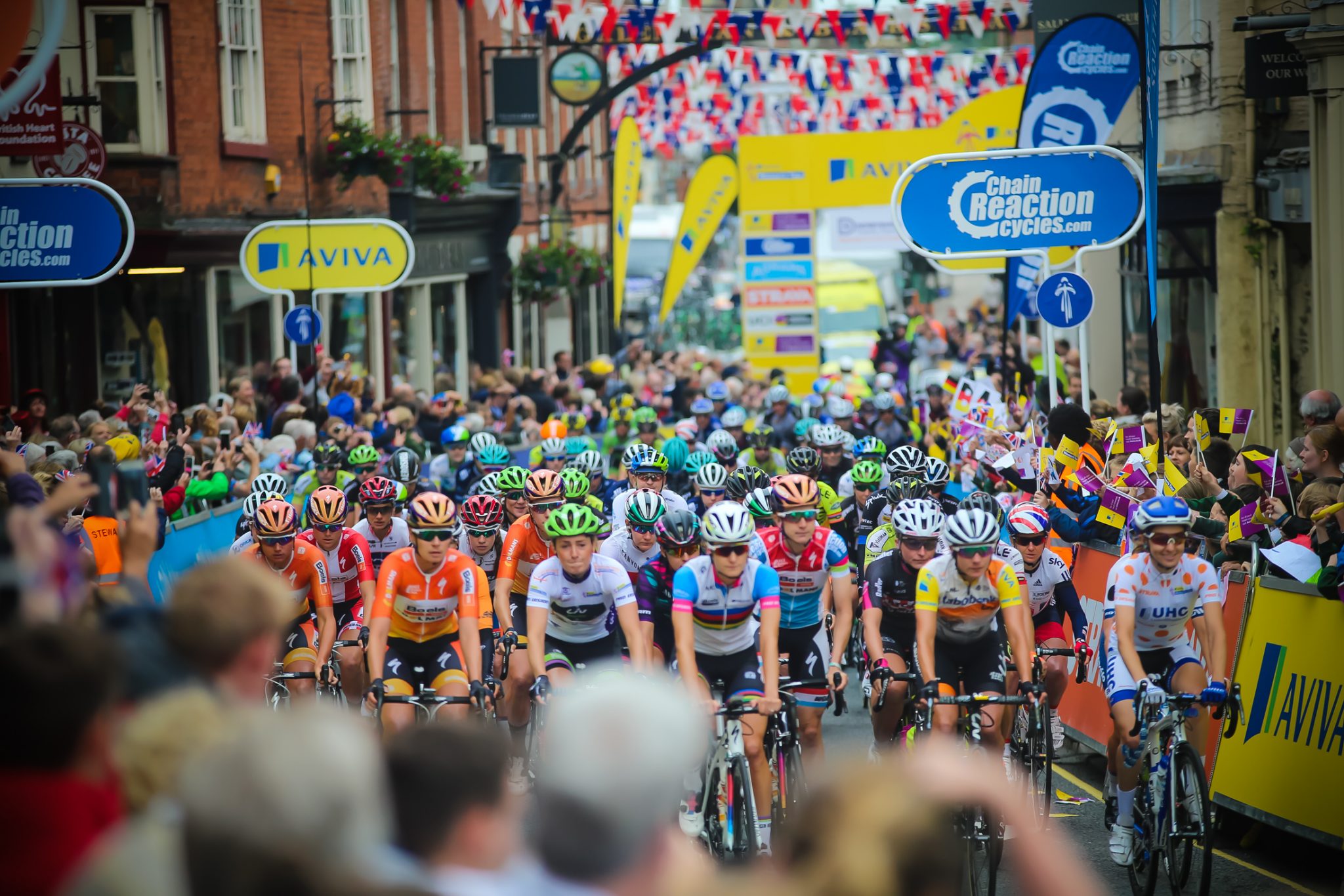 Staffordshire sport fans are encouraged to show their support for the world’s top cyclists on Thursday (June 8th) as around 100 competitors, including Olympic, World and European champions, will be racing through Staffordshire for the second stage of the OVO Energy Women’s Tour.

Staffordshire sport fans are encouraged to show their support for the world’s top cyclists on Thursday (June 8th) as around 100 competitors, including Olympic, World and European champions, will be racing through Staffordshire for the second stage of the OVO Energy Women’s Tour. Gill Heath, Staffordshire County Council’s Cabinet member for Communities, said: “Some people will be taking a picnic to the best vantage points and enthusiasts will be cycling part of the route to their viewing point – particularly on the Queen of the Mountains climbs.

“But much of the racing is during the lunchtime period, so people can also pop out from work, catch sight of this striking event and cheer the cyclists on.”

Staffordshire County Council has worked with organisers SweetSpot to design the route and showcase the county and it’s the first time many areas will have seen the OVO Energy Women’s Tour.  You can take a look at the key climbs from the route with Team WNT in this video.

The anti-clockwise route leaves Stoke-on-Trent to the east, then turns towards Stone, before taking in Stafford, Cannock Chase, Blithfield Reservoir, Uttoxeter, Cheadle, Leek, Meerbrook, Rudyard and Endon, before returning to the Potteries and finishing in Hanley.

More details of the route and timings can be downloaded here.

The cyclists will be accompanied by a rolling police roadblock to keep road closures to a minimum. It’s expected lead cars will pass along the route about 15 minutes before the cyclists and, depending on teams’ tactics and the state of the race, the closure could last up to 40 minutes.

The 140km stage is being brought to the region by Stoke-on-Trent City Council and Staffordshire County Council and highlights will be televised daily on ITV4 and available on demand via the ITV Hub.

Two Eisberg intermediate sprints will be contested by JCB at Rocester and on the approach to Cheadle, while points for the SKODA Queen of the Mountains jersey will be up for grabs at Ipstones and Gunn Hill, near Meerbrook.

Gill Heath said: “Fingers crossed that the weather works in our favour, but whatever happens it’ll be a memorable event and it’s great to see Staffordshire hosting events such as this.” Pictured above – Team WNT outside the JCB Headquarters at Rocester before their recce of the Stage Two route last month.