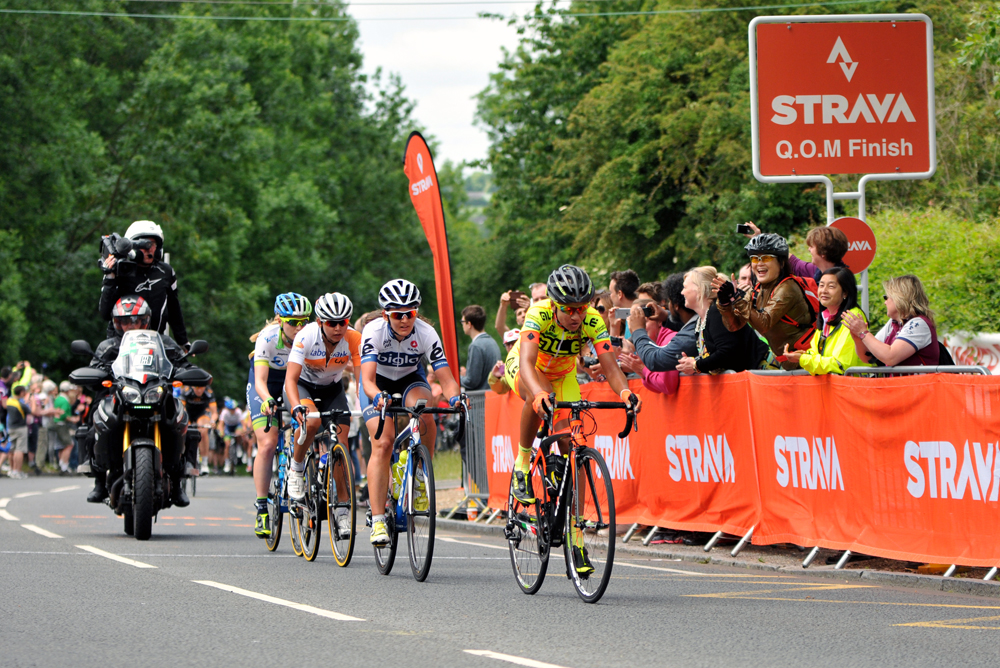 The world’s top women cyclists will race through the Staffordshire Moorlands for the first time next weekend (Saturday 18 June) as Stage Four of the Aviva Women’s Tour heads through the area on it’s way to Stoke-on-Trent.

The world’s top women cyclists will race through the Staffordshire Moorlands for the first time next weekend (Saturday 18 June) as Stage Four of the Aviva Women’s Tour heads through the area on it’s way to Stoke-on-Trent.

Stage Four of Britain’s leading women’s race, a round of the UCI Women’s WorldTour, will head from Nottingham to Stoke-on-Trent on Saturday 18 June, via Uttoxeter, Rocester and Cheadle.  The area has played host to the men’s equivalent event, the Tour of Britain, on several occasions, most recently in September 2015.

Among those who will be racing in the 96-rider field are World Champion Lizzie Armitstead, multiple World and Olympic Champion Marianne Vos and London 2012 Olympic Gold medallist Dani King.

The day’s route also includes two of the race’s categorised Strava Queen of the Mountains climbs at Ramshorn and Oakamoor, while an intermediate Chain Reaction Cycles Sprint will take place at Rocester on the B5030 opposite the JCB World Headquarters.

Starting from Nottingham’s Old Market Place at 10:30, the race is expected to reach Uttoxeter between 12:30 and 13:00 having passed through Swadlincote, Burton-upon-Trent and Abbots Bromley.  The route will follow the A518 through the town, as previous editions of the men’s race have.

Heading north on the B5030 the Rocester Sprint is due between 12:45 and 13:10 after 84.4-kilometres of racing before Stage Four turns west at Ellastone with the Ramshorn Strava Queen of the Mountains climb expected between 13:00 and 13:30.

Descending via Star Bank into Oakamoor, the day’s second Strava Queen of the Mountains climb comes after almost 100-kilometres and is due between 13:05 and 13:35.

The race will briefly enter Cheadle on the B5417, turning right onto the A522 between 13:15 and 13:45, heading via Kingsley Moor and Werrington into Stoke-on-Trent, with the Finish on Broad Street in the city centre expected between 13:35 and 14:15 depending on the race speed.

You can view further details of Stage Four of the Aviva Women's Tour including timings and an interactive map by clicking here.

Highlights of Stage Four will be on ITV4 at 22:30 on Saturday 18 June with a repeat the following morning on the same channel.  The highlights will also be available on demand for 30-days via the ITV Hub catch-up service.

As with the men’s Tour of Britain, the Aviva Women’s Tour will use a rolling road closure along its route to keep the race secure and disruption to a minimum.  Roads are expected to remain closed for around 30-minutes to allow the race to pass through.