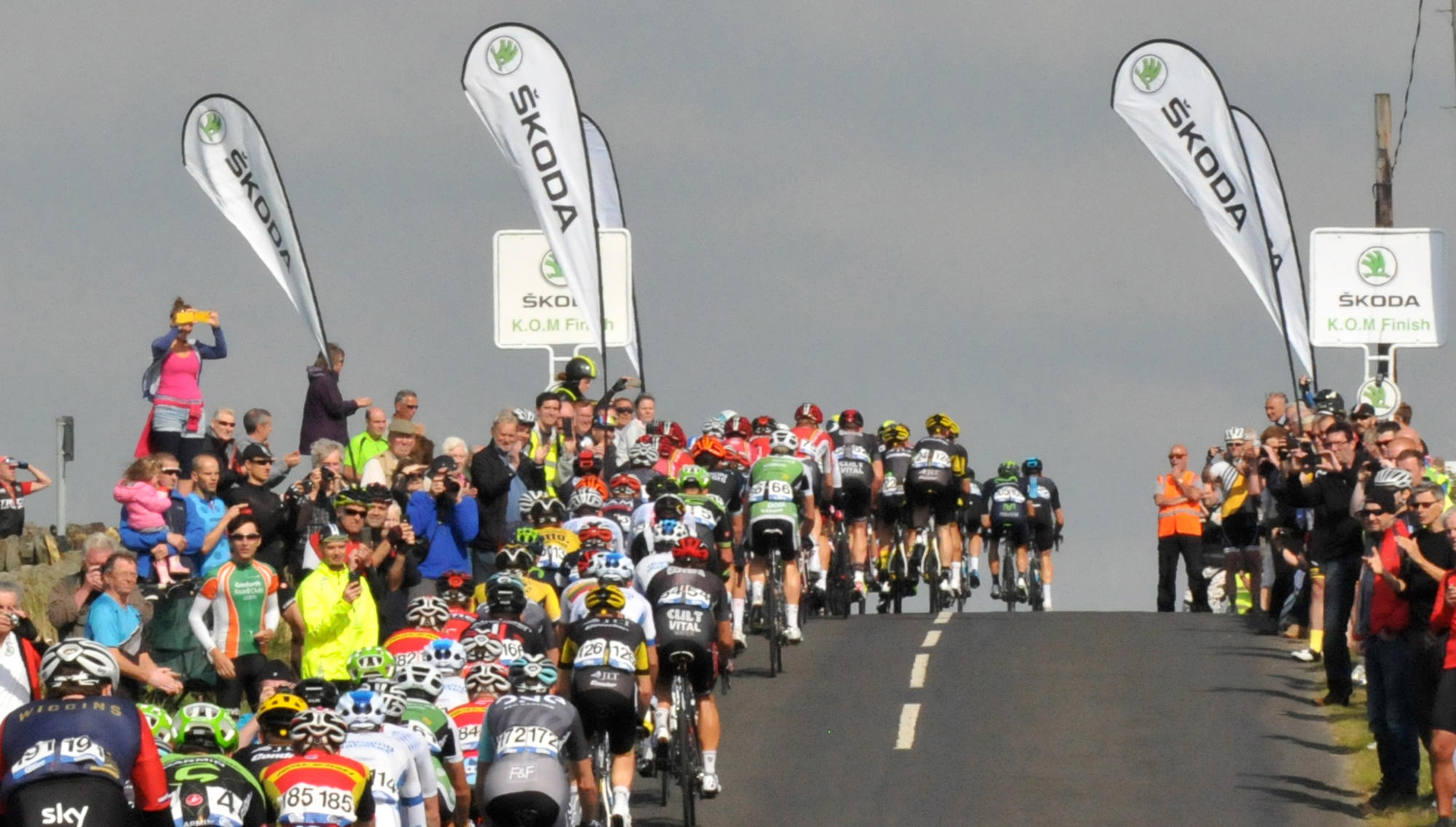 SKODA UK will own the Mountains Classification in Britain’s biggest men and women’s professional cycle races from 2017, with news that the car manufacturer, whose heritage was founded in cycling, have extended their partnership with The Tour of Britain and will also become the new Queen of the Mountain sponsors for The Women’s Tour.

SKODA UK will own the Mountains Classification in Britain’s biggest men and women’s professional cycle races from 2017, with news that the car manufacturer, whose heritage was founded in cycling, have extended their partnership with The Tour of Britain and will also become the new Queen of the Mountain sponsors for The Women’s Tour.

The multi-year extension will also see SKODA become the lead sponsor of The Women’s Tour’s Queen of the Mountains Classification. The announcement comes in the same month that SKODA UK launched their new Driven By Something Different campaign featuring Sir Bradley Wiggins.

SKODA were one of the first partners to commit to The Women’s Tour ahead of its creation in 2014 as the Official Car Partner, but 2017 will mark their first year as sponsors of the Queen of the Mountains competition in the UCI Women’s WorldTour event.

Kirsten Stagg, Head of Marketing for SKODA UK said; “SKODA started life as a bicycle company in 1895 and being the official partner of the King and now Queen of the Mountains helps us to continually honour that heritage. It also provides the perfect platform for bringing our cycling season to life alongside our new Brand Ambassador, Sir Bradley Wiggins.”

SKODA will also continue as the Official Car Partner to the ten round Tour Series, which is televised on ITV4, where Britain’s top male and female professional teams will race at town and city venues across the country during May.

Commenting on the announcement, Mick Bennett, Race Director for both The Tour of Britain and The Women’s Tour said;

“We are thrilled at SKODA’s decision not just to recommit to The Tour of Britain but also to extend their involvement in The Women’s Tour. Having SKODA backing the Mountains classification in both races is excellent news for cycling fans, who will be well used to the support which SKODA’s have given to the Mountains classification in the men’s race.

“We are again looking forward to showcasing their wide range of models throughout all of our events in 2017.”

ŠKODA have supported the Tour of Britain’s King of the Mountains competition since 2011, with the sponsorship providing them with three, fully-branded climb locations on each of the stages of British Cycling’s premier road cycling event that is shown live on ITV4.

The extended partnership with The Women’s Tour will see two designated ŠKODA Queen of the Mountains climbs on each of the road stages of the 2017 Tour, which takes place between Wednesday 7 and Sunday 11 June 2017, finishing with a circuit race on an iconic route in central London.

The Tour of Britain is British Cycling’s premier road cycling event, giving cycling fans the opportunity to see the world’s best teams and riders competing on their door step, taking place between Sunday 3 and Sunday 10 September 2017. The route for The Tour of Britain will be announced in the Spring.