Elite cycling will return to our screens this month as the first ever virtual ŠKODA V-Women’s Tour is set to take place, with the ŠKODA DSI Cycling Academy Race Team announced as one of the 18 teams who will be taking part.

Elite cycling will return to our screens this month as the first ever virtual ŠKODA V-Women’s Tour is set to take place, with the ŠKODA DSI Cycling Academy Race Team announced as one of the 18 teams who will be taking part.

The world’s top teams, including the ŠKODA DSI Cycling Academy, will come together to race over three stages on the RGT Cycling virtual platform. The team features highly rated Megan Dickerson and Rebecca Richards from ŠKODA’s very own academy as well as Louise Gibson from the InternationElles, a non-professional cycling team formed to highlight gender inequality in cycling, of whom ŠKODA has been an official partner with over the last few years.

The establishment of the ŠKODA DSI Cycling Academy, where talented young female riders are given a chance to develop their skills under the mentorship of Paralympian Dame Sarah Storey, has been hugely important for further championing gender equality in the sport, with the brand involved in several other significant initiatives to provide equal opportunities for female cyclists. The standalone ŠKODA V-Women’s Tour event will enable the team to gain experience of competing against professional athletes from across the world at a time where it is not possible to do so traditionally.

Stage One will see teams tackle the sprint stage over the final 38.4 kilometres of the 2014 course to Bury St Edmunds. The 35.7kms of Stage Two will replicate the finishing leg from the 2019 hilltop at Burton Dasset in Warwickshire. The final stage will utilise RGT Cycling’s ultra-realistic Real Roads technology, with riders completing 35 laps of a one kilometre circuit through the heart of London’s iconic Canary Wharf business district.

Ahead of competing in the ŠKODA V-Women’s Tour, Megan Dickerson said:

“To be part of the ŠKODA DSI Cycling Academy race team in the first ever virtual Women’s Tour event is a privilege and something I am hugely excited about. To be competing against some of the world’s best female cyclists is going to be incredible and I’m very much looking forward to getting going!”

“Cycling is a huge passion for me so to be able to get back to racing as part of the ŠKODA V-Women’s Tour event alongside Megan and Louise is awesome! These ladies are both fantastic riders. I’m confident we’ll be able to deliver a strong performance over the three stages making the event one to hopefully inspire and remember!”

InternationElles rider Louise Gibson, who will also be competing as part of the ŠKODA DSI Cycling Academy, said:

“I’m truly honoured to race for the ŠKODA DSI Academy Team and appreciate the chance so much. We formed the InternationElles as major advocates of women’s cycling and to do our bit to try to close the gender gap so I am very excited to be part of such a special event.”

Following each stage of the Tour, members of the public will have the chance to ride the three routes from the comfort and safety of their homes, with a suggested donation of £5 which will help to raise money for UK charities Breast Cancer Now and Mind. Interested participants can head to the RGT Cycling platform to get involved.

All the action from the three days of racing will be broadcast live on the BBC Sport website, app and BBC iPlayer, beginning at 7pm BST each day. The races will also be streamed live via the Women’s Tour website and YouTube channel.

To find out more about ŠKODA’s ongoing commitment to cycling, visit www.skoda.co.uk/discover/cycling-hub 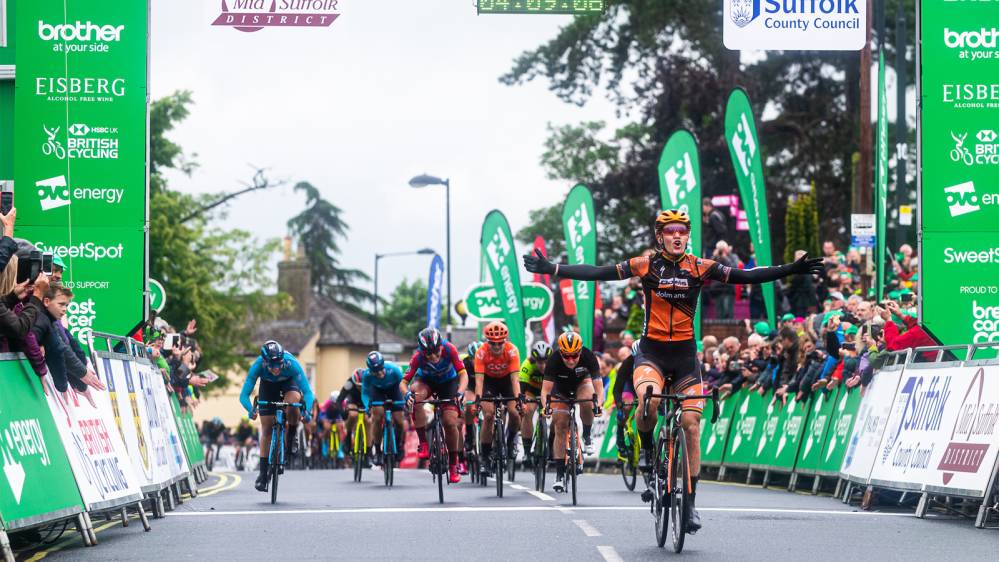