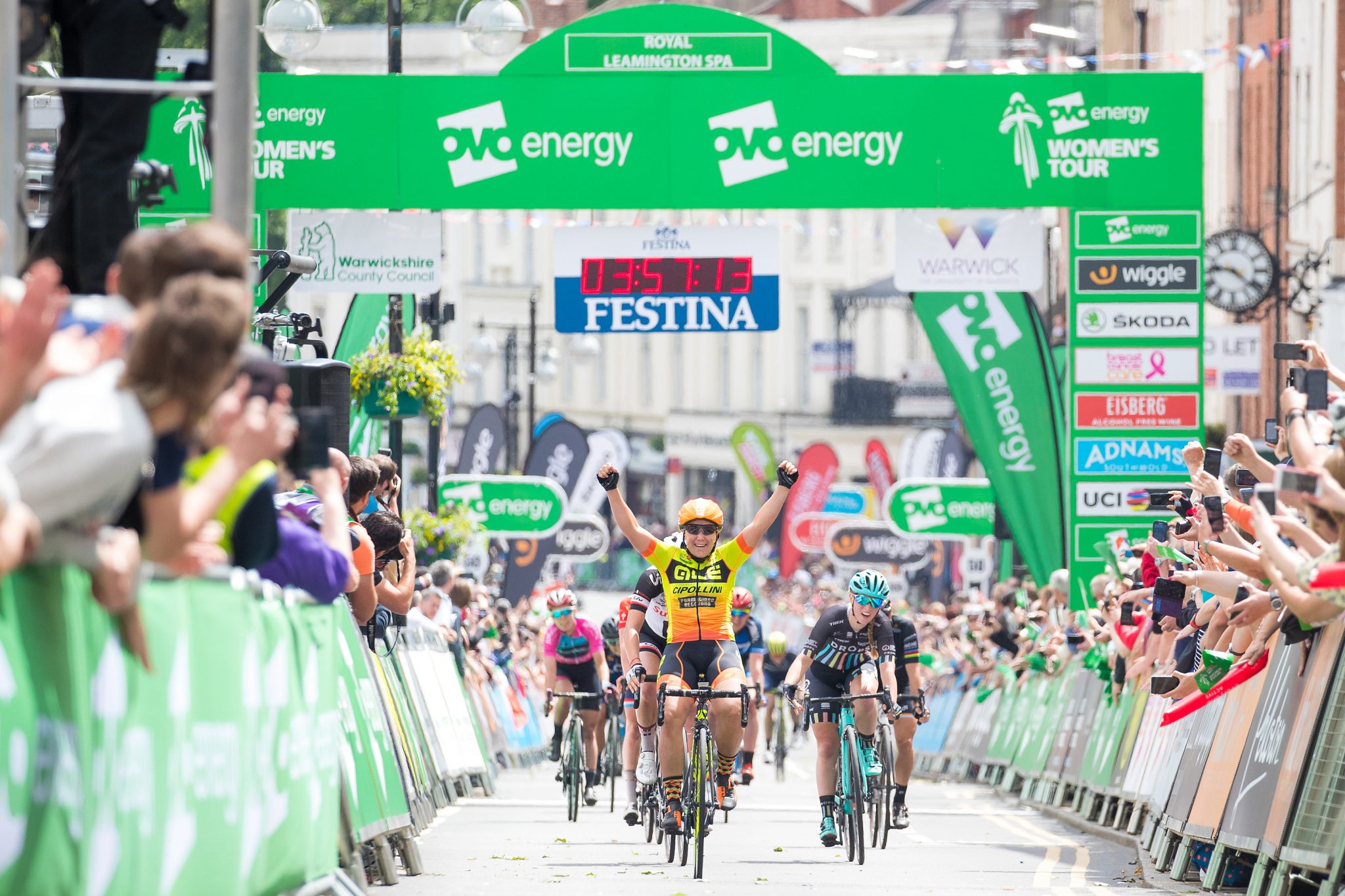 Organisers of Britain’s premier women’s cycle race are hoping spectators will “smell the roses” as well as drink in the atmosphere when it comes to Leamington Spa.

Organisers of Britain’s premier women’s cycle race are hoping spectators will “smell the roses” as well as drink in the atmosphere when it comes to Leamington Spa.

The world’s top female racers are set to battle it out in OVO Energy Women’s Tour which is coming back to Warwickshire for a third year running in June.

Royal Leamington Spa will once again be the end point in the county’s stage, and it has now been revealed the finish line will be located in Newbold Terrace.

A special event zone is also being created at the finish line on Friday 15 June and there will be attractions in Jephson Gardens to drive visitor numbers to the attraction.

Over the coming weeks, Warwick District Council will be engaging with businesses within the event zone, passing on as much information as possible and giving them details on how to make the most of the day.

Monica Fogarty, Warwickshire County Council’s Joint Managing Director, said: “There will be a host of exciting events and attractions being planned for Leamington now that we have the finish line secured.

“We want to see plenty going on in the town centre so that visitors can stay, enjoy everything that is going on and also enjoy Leamington itself.

“Over the coming weeks, the County Council and Warwick District Council will be providing information to businesses in the town centre so that it can be passed on to staff and customers to help them plan their day.

“We want to make sure that businesses have enough time to prepare as feedback has shown that those businesses that engage and promote do really well out of these types of events.

“Moving the finish to Newbold Terrace means spectators can enjoy Jephson Gardens as well as visit the retail and leisure area of the town centre, so it should be a real boost for everyone.”

The formal pleasure gardens were designed and developed in honour of Dr Henry Jephson, who had promoted the town as a spa town

They are listed as Grade II on the English Heritage register of historic parks and gardens and are the leading attraction in the town on Tripadvisor with 96 per cent of people raging them as excellent or very good.

Last year, OVO Energy Women’s Tour was a huge success throughout the whole of the county, with an estimated 95,000 spectators lining the streets.

A total of 312,000 people watched coverage from Stage Three on ITV4 and it was broadcast in more than 100 countries, including every country in Europe for the first time. It is also estimated that more than £2million was generated during the Warwickshire stage in 2017.

Starting off in Atherstone it will weave its way through Warwickshire in a 151km route ending in Royal Leamington Spa – making the Warwickshire stage the longest of the 2018 event.

The event will kick-off at 10am with 17 teams and 102 competitors who are expected to finish in Leamington at just after 2pm.

Racers will set off in Atherstone, taking in the North Warwickshire countryside and then arrive in Meriden. It will then head to the University of Warwick, before passing Kenilworth and Warwick Castles. Competitors will also have to take on two SKODA Queen of the Mountain climbs again – giving the route an ascent of more than 1,700 metres.

The first of those will be at Edge Hill, just on the outskirts of Arlescote while the second comes in Burton Dassett Country Park.

It will then head through Moreton Morrell, Wellesbourne, Kineton, Tysoe and Shipston-on-Stour, Fenny Compton and Southam, before finishing in the centre of Royal Leamington Spa.

For further information about the Warwickshire Stage of the Women’s Tour, including a detailed map of the route it will be taking and timings, please click here. Crowds in Kenilworth during the 2017 OVO Energy Women’s Tour