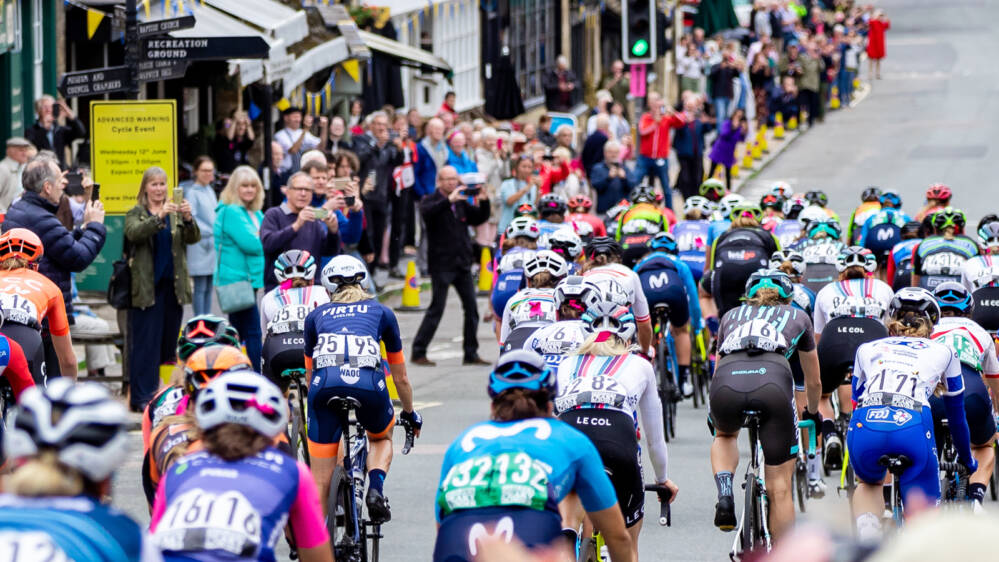 Road closure details have been announced for the Oxfordshire stage of the AJ Bell Women’s Tour professional cycling race – between Bicester, Oxford, Abingdon, and Banbury – on Monday 4 October 2021.

Road closure details have been announced for the Oxfordshire stage of the AJ Bell Women’s Tour professional cycling race – between Bicester, Oxford, Abingdon, and Banbury – on Monday 4 October 2021.

Road restrictions will be in place at the stage one start location on Bicester’s Sheep Street and Market Square involving closures, prohibitions of waiting, disabled person parking and loading, and the imposing of one-way traffic. Local diversions and information signs will be used to indicate the route.

There will then be rolling road closures from approximately 11am at the race start area in Bicester, controlled by police and route marshals, that will then continue along the route. They will involve highways and junctions with access roads onto the route, closing for short periods while the race passes through. The length of closure depends on how dispersed the riders are.

Road closure locations along the route – between Bicester, Oxford, Abingdon, and Banbury – are listed in full on the Oxfordshire County Council website.

Typically, the lead motorcycle instigating the closure is 15 minutes ahead of the lead rider(s). The closure then remains in place until all riders and race cars have passed through. Residents are advised to look at the route of the race and avoid trying to drive on that road for about one hour either side of the predicted time of the race passing through.

Racegoers are encouraged to pick a time and place along the route where they can enjoy the excitement and cheer the riders on.

From the start line on Bicester’s Sheep Street, the race will complete a short northern loop, passing secondary school students at The Cooper School, before heading south past Graven Hill to Islip and on to Oxford. The peloton will then sweep past Magdalen College and into south Oxfordshire via Blackbird Leys.

The stage will reach its southernmost point passing the Culham Science Centre before heading north through Abingdon, Eynsham, and past Woodstock.

Riders will pass through north Cherwell taking in Hook Norton, Sibford Ferris and Broughton arriving in Banbury for the first time. They will then head back out through Bloxham completing a short loop of parishes before returning to Banbury where they will pass the Cross and the Fine Lady statue on their way to a sprint to the line on South Bar Street.