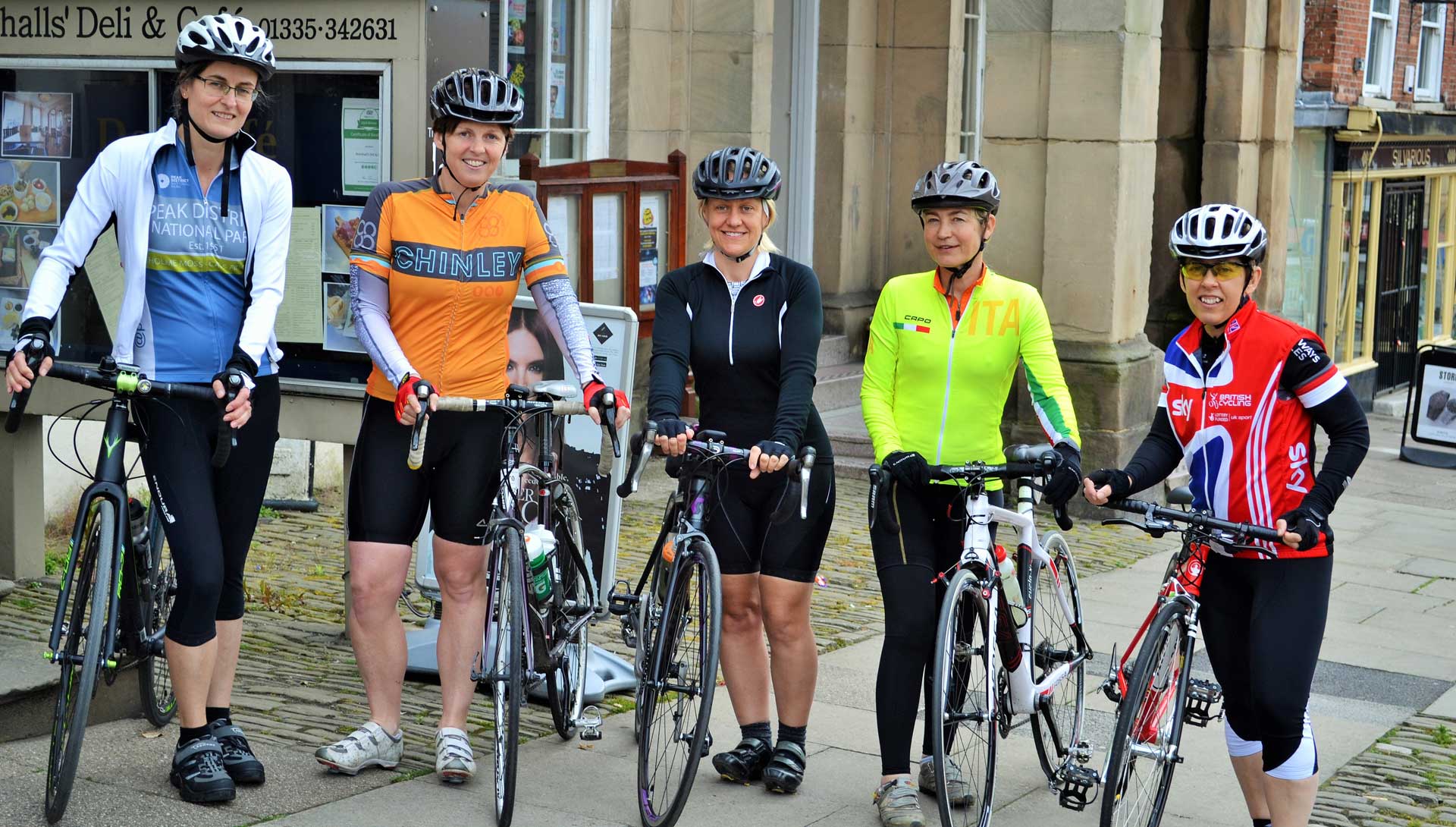 A team of recreational cyclists have experienced the thrill of riding the Aviva Women’s Tour Stage Three route through Derbyshire ahead of the professional race arriving on Friday 17 June.

A team of recreational cyclists have experienced the thrill of riding the Aviva Women’s Tour Stage Three route through Derbyshire ahead of the professional race arriving on Friday 17 June.

They came together to promote the virtues of cycling to women and girls – and the beauty of the countryside that is open to ride.

The women also hope to increase awareness of the route itself that will wind its way from Ashbourne through the Peak District National Park and on to Chesterfield past thousands of homes, schools and businesses.

Starting at an Ashbourne coffee shop, the women enjoyed lunch in Monyash and took in the sights of Matlock, Beeley Moor, Chatsworth House and Chesterfield's Crooked Spire on a relaxed, easy-paced journey.

You can read more about how the women got on, view pictures and watch a video here.

“There's some beautiful countryside and terrain out there to be explored on you bike,” said Sarah Fowler, chief executive of the Peak District National Park Authority, who completed the journey of 112 kilometres (70 miles) and will be eagerly watching the race next month.

“On the ride we had great company among some lovely ladies – and that's what cycling is all about… getting outside in the fresh air and enjoying time with friends.

“Hopefully what we've done, and the race itself, will inspire women and girls of all ages to get out and about on their bikes, not just on the tour route, but the many trails there are in the Peak District and Derbyshire where you can cycle in a safe environment.”

The Aviva Women's Tour will pass through Derbyshire again on Saturday June 18 when people in Erewash and South Derbyshire will be able to see the action as the race continues from Nottingham to Stoke.

It is part of a huge weekend of cycling for the county, with the vintage festival Eroica Britannia also taking place in Bakewell, enabling enthusiasts to take in both spectacles.

Hayley Lever, director of Derbyshire Sport, also rode the tour route and added: “The professionals will speed through in no time, but we have been able to mosey along and have a cup of coffee and lunch and enjoy the views and scenery on offer.

“For any cyclists of any level you can do part or all of the route and make a real outing of it, or come along to watch the race itself, which promises to be an amazing sight, just as the men's Tour of Britain was when coming through Derbyshire last year.

“There are plenty of spots all along the route to watch – in towns such as Buxton and Matlock, as well as many villages and a host of beauty spots.”

Bringing the Aviva Women's Tour to Derbyshire is part of the long-term push to make Derbyshire the most connected an integrated county for cycling in England by 2030, as outlined in the Derbyshire Cycling Plan.

The county wants to be recognised as a world class cycling destination for all, with more people of all ages and abilities on two wheels on a regular basis for leisure, active travel, commuting and sport.

For more information on the two Derbyshire stages of the Aviva Women's Tour, go to: www.derbyshiresport.co.uk/aviva-womens-tour-2016