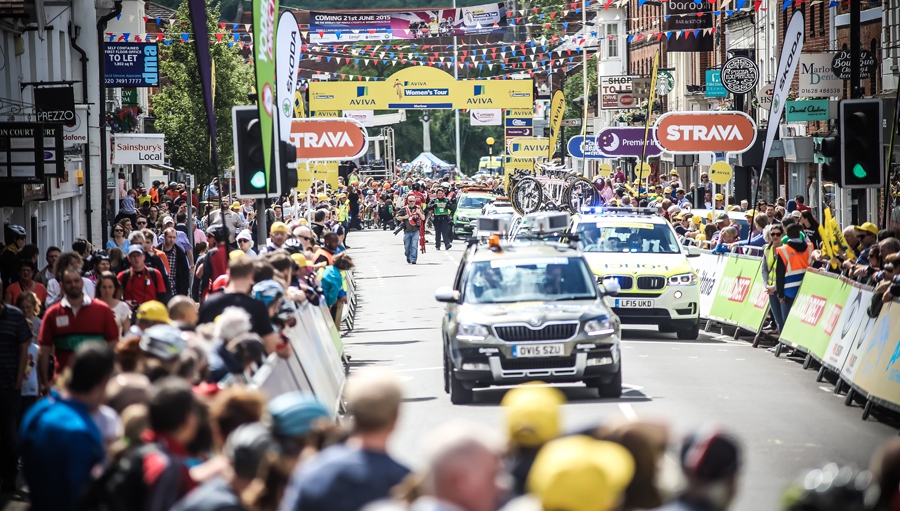 With news coming in over the weekend the provisional rider list for the third edition of the Aviva Women’s Tour has been updated ahead of Stage One of the race on Wednesday 15 June.

With news coming in over the weekend the provisional rider list for the third edition of the Aviva Women’s Tour has been updated ahead of Stage One of the race on Wednesday 15 June.

Following the confirmation from Wiggle HIGH5 that Lucy Garner would not recover from last weekend's crash in time to make the start line in Southwold, the Briton's place has been taken by double World Champion Giorgia Bronzini.

The Piacenza native won the World Road Race Championships in 2010 and 2011, thus making it five former World Road Champions who will be on the start line, headed by the current wearer of the rainbow jersey Lizzie Armitstead.

Bronzini has ridden both editions of the Aviva Women's Tour to date and joins an already strong Wiggle HIGH5 line-up.

The other changes concern the UnitedHealthcare Pro Cycling team, who may only bring five riders to the race because of injury and illness.

Coming into the squad are Americans Abigail Mickey and Laurel Rathbun, with Annie Ewart, Coryn Rivera and Hayley Simmonds dropping out.

25-year-old Mickey led the Tour of the Gila stage race last year and like Rathbun will be making her debut in the Aviva Women's Tour.

22 different countries are represented on the rider list, with Dutch riders the most dominant, totalling 18 of the 95 riders.