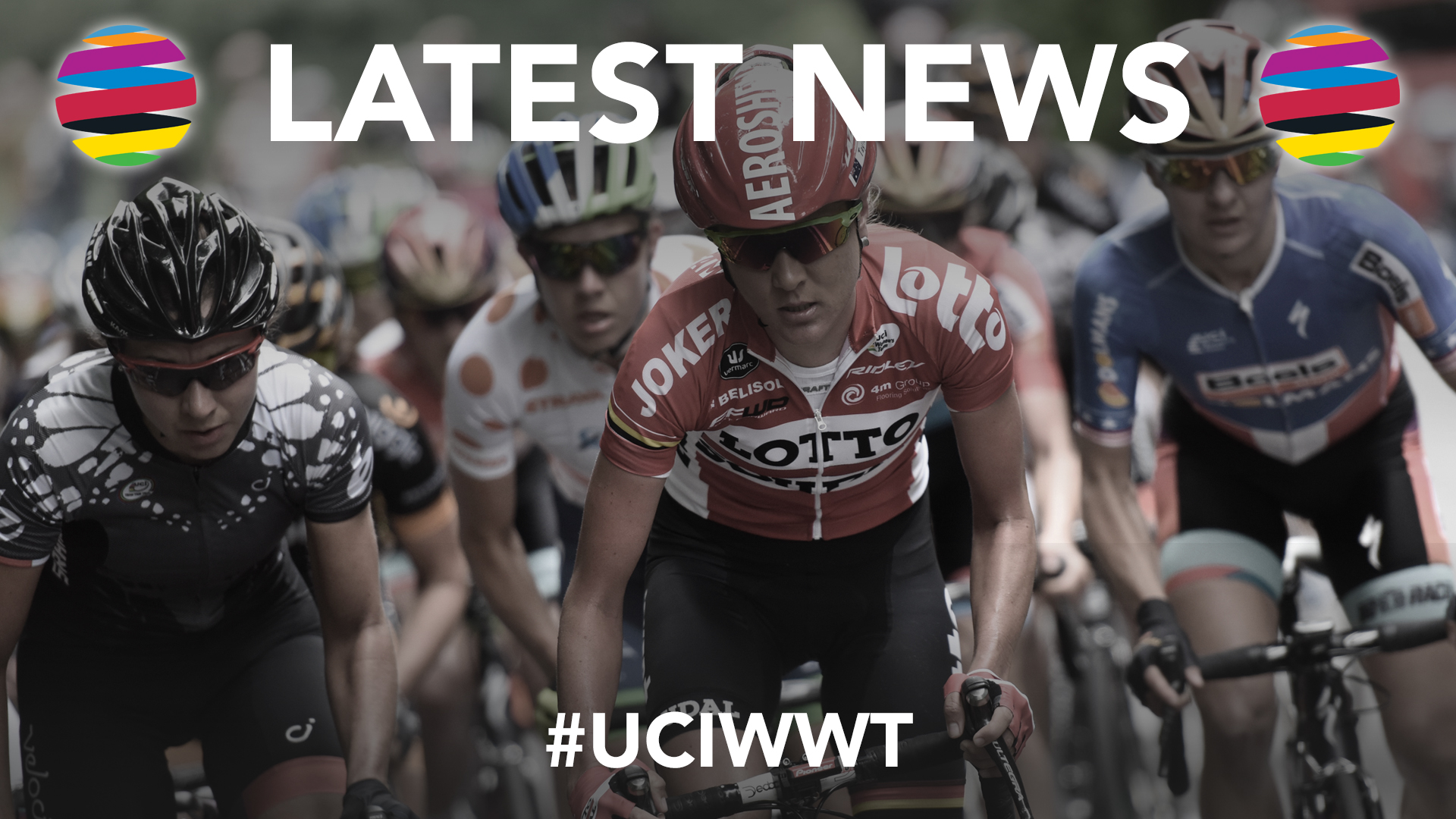 The UCI Women’s WorldTour, which will be burst into action on Saturday 5 March with the Strade Bianche in Italy promises to be a new and exciting era for women’s cycling, and one which the Aviva Women’s Tour is proud to be a part of in 2016.

The UCI Women’s WorldTour, which will be burst into action on Saturday 5 March with the Strade Bianche in Italy promises to be a new and exciting era for women’s cycling, and one which the Aviva Women’s Tour is proud to be a part of in 2016.

Announced during 2015 and with the calendar confirmed at the end of September, the long awaited arrival of the 17-event UCI Women’s WorldTour, a replacement for the former World Cup which ran since 1998, gets underway on Saturday in Tuscany.

Established by the UCI to accommodate the fast growth of women’s cycling, as shown by the growth and success of the past two editions of the Aviva Women’s Tour, the WorldTour aims to provide a significant boost to the sport, with 35 days of racing, including Spring Classics, exciting stage races held worldwide and monument races attached to men’s UCI WorldTour events.

UCI President Brian Cookson said: “The UCI Women’s WorldTour is about bringing together the best riders in the top women’s races in a coherent, exciting and expanded calendar of events. It will provide the perfect platform not just to grow women’s cycling around the world, but also to boost the profile of women’s cycling.

“I am convinced that the new structure we now have in place is an important milestone in the evolution of women’s cycling.”

Spanning six months, from the Strade Bianche in March to the recently formed one-day La Madrid Challenge by La Vuelta in September, the 2016 UCI Women’s WorldTour will take the peloton to 17 events across Europe, the United States and China.

This represents nearly twice as many events as made up the UCI Women Road World Cup, and for the first time includes stage races such as the Aviva Women’s Tour.

Not only will the Aviva Women’s Tour be the first WorldTour event (for men or women!) to be hosted in the UK, it will be just one of four stages races anywhere in the world on the calendar, alongside the Giro Rosa in Italy, the Tour of Chongming Island in China and the Amgen Tour of California in the USA.

The events will feature the top teams and riders competing not just for victory in individual races but also for the UCI Women’s WorldTour rankings, for individuals, Under-23 riders and teams with two new jerseys up for grabs.

“Under Brian Cookson’s administration, we set out to place women’s cycling on the same platform as men,” said Tracey Gaudry, UCI Vice President and Chair of the UCI Women’s Commission. “In less than three years we have created the UCI Women’s WorldTour. Teams, riders and event organisers are all onboard, and fans will now be able to see the best female cyclists all around the world.”

“It is important for women’s cycling to have new developments and challenges to continue to grow,” said Lizzie Armitstead, UCI Road Race World Champion and two times winner of the UCI Women Road World Cup. “I think the new structure and specific initiatives involved in the UCI Women’s WorldTour will hopefully lead to more positive change.”

“I see the UCI Women’s WorldTour as a clear indicator of growth and excitement around women’s cycling,” said new Women’s UCI Hour Record holder Evelyn Stevens. “I’m looking forward to the series as a whole, especially the races on American soil – the Amgen Tour of California and Philly Classic.” Armitstead’s Boels Dolmans teammate Megan Guarnier was the winner of the Strade Bianche 12-months ago, so is unsurprisingly looking forward to getting the WorldTour underway on roads that are home to fond memories for her.

“The UCI Women’s WorldTour will provide a narrative to our racing season. With increased accessibility to the highest level of races, along with the higher visibility of our races, the interest of potential sponsors will be piqued and allow a healthier future for women’s cycling. I am especially excited that the UCI Women’s WorldTour includes the Strade Bianche. We were fortunate to have it added to our Spring Classics calendar last year, and it being such an arduous course it is a perfect race to kick off the inaugural UCI Women’s WorldTour.”

The Strade Bianche takes place alongside a men’s event in Tuscany, based around the beautiful city of Siena on a 121-kilometre route, including 22-kilometres of the iconic white gravel roads, or sterrati, that give the race it’s name.

Last year saw the first women’s edition of the race, won by Guarnier ahead of teammate Lizzie Armitstead and Italian Elisa Longo Borghini, with all three riders on the startlist for Saturday.

For a full startlist please visit our friends at ProCyclingStats here for all of the latest changes.

For preview videos and highlights of last year’s Strade Bianche, and details of how to follow the race live via social media, please visit the excellent ProWomensCycling.com blog here.  The article has lots of useful links and videos, so is a great way to whet your appetite for what is going to be an amazing season of women’s racing.

You can also check out the UCI’s own preview of Round One here with their Women’s WorldTour Chronicle.

While the Aviva Women’s Tour will continue to be shown on ITV4 with highlights every evening of the race (15 – 19 June), cycling fans will be able to look forward to TV coverage from all Women’s WorldTour events either from live broadcast, live streaming or same day highlights packages, while IMG’s InCycle magazine show will also feature dedicated coverage of the WorldTour and of course the UCI’s own YouTube Channel will have highlights.

It’s currently unclear how fans in the UK will be able to catch the other UCI Women’s WorldTour events on television, but keep an eye on our Facebook and Twitter for links to coverage so you can keep up-to-date with the series before it arrives in Britain in June.

To keep fully updated on the progress of the UCI Women’s WorldTour throughout 2016 you can follow the UCI’s women’s cycling accounts on Twitter and Instagram, and make sure you use their official hashtag of #UCIWWT

You can check out the UCI’s teaser video of what’s to come in 2016 below.