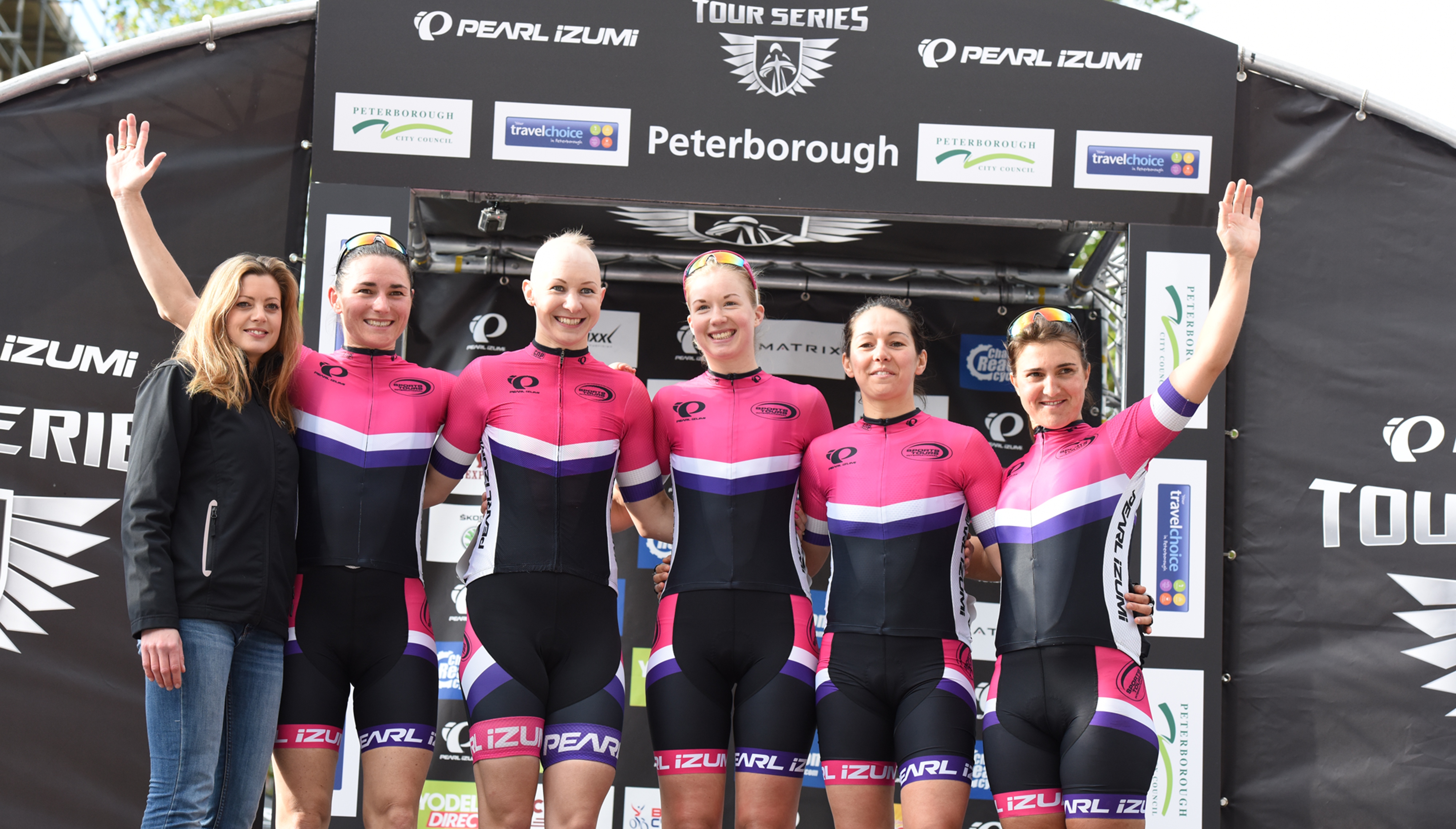 Having clinched overall team honours after the final round of the Matrix Fitness Grand Prix Series in Bath last night, the Pearl Izumi Sports Tours International team have announced their six rider line-up for their Aviva Women’s Tour debut next week.

Having clinched overall team honours after the final round of the Matrix Fitness Grand Prix Series in Bath last night, the Pearl Izumi Sports Tours International team have announced their six rider line-up for their Aviva Women’s Tour debut next week.

The team consists of six of the UK’s leading road riders, all of whom have been playing a significant part in the team’s success so far in 2015. With 21 race victories and numerous other podium places, the team has had a superb preparation for the Aviva Women’s Tour, including Matrix Fitness GP Series race wins for Katie Archibald (Motherwell) and Dame Sarah Storey (Peterborough), plus the team prize in that Series. Alongside the team will be six staff including two young female cyclists, who will work alongside the experience and expertise of the rest of the support team. Whilst Hannah Layland has previously been part of the Great Britain Development set up, Samantha Bailey has been a cyclist through University and both girls are keen to forge a career in the sport in support staff roles. Studying Sports Engineering at Sheffield Hallam, Hannah has already accompanied the team to the Tour of California. Samantha Bailey is studying for a Masters in Sport and Exercise Science at Manchester Metropolitan University and will also be assisting the team in this area. Podium Ambition, who run the team have always been keen to ensure the set up provided opportunities to young aspiring support staff as well as the riders.

Katie Archibald and Ciara Horne raced for Great Britain in last year's Women's Tour, while the remaining four will all be making their debuts come Stage One from Bury St Edmunds.

Dame Sarah Storey commented on her selection “I am delighted to be riding the Aviva Women’s Tour 2015, it will be a fantastic race and an excellent opportunity for the team to test themselves against the very best riders in the world.”

General Manager for the race, Barney Storey also commented “The team are in good shape going into the race, with several victories in the UK, as well as the team testing themselves in the Women’s Tour of California in May. We believe we can be competitive in the Aviva Women’s Tour and I’m sure everyone in the UK will be cheering us on from the road side.”