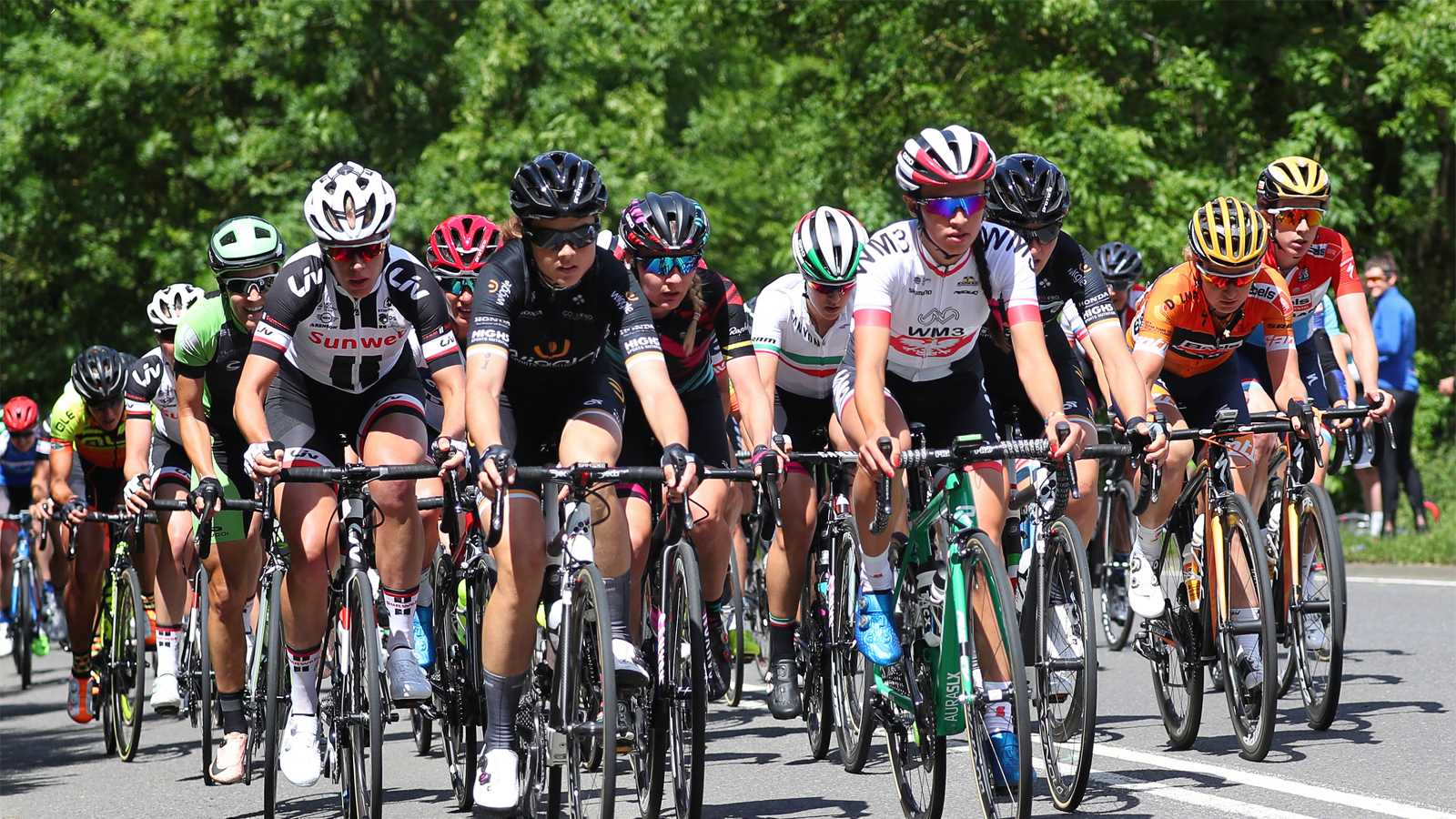 The OVO Energy Women’s Tour will return to Northamptonshire this June, with a stage from Rushden to Daventry on Thursday 14 June.  It will mark the fifth year that the world’s top cyclists have returned to the county, which hosted the first ever stage of the race in May 2014.

The OVO Energy Women’s Tour will return to Northamptonshire this June, with a stage from Rushden to Daventry on Thursday 14 June.  It will mark the fifth year that the world’s top cyclists have returned to the county, which hosted the first ever stage of the race in May 2014.

Following the success of last year’s opening stage, Daventry will host a finish for the first time with the stage also including a spectator friendly finishing circuit for the first time, while Rushden makes its debut on the route of the UCI Women’s WorldTour event.

The route from Rushden will take the world’s top cyclists, potentially including Northamptonshire sisters Hannah and Alice Barnes of the Canyon//SRAM team, on a new route to the south of the county, passing through Wollaston, Salcey Forest, Silverstone and Weedon Bec.

Riders will tackle the one-kilometre climb of Newnham Hill, which averages 7%, twice either side of passing through Daventry, the second time with just over three kilometres of the race remaining in what is sure to set up a thrilling finale.

Steven North, Leader of East Northamptonshire Council, said: “We’re so pleased and honoured to welcome the tour once again to East Northamptonshire which we hope will once more bring a real economic boost to our businesses as well as inspiring more people to take up cycling and get active.”

Sarah Peacock, of Rushden Town Council, added: “This is a fabulous opportunity to enjoy a world-class sporting event on our doorstep, so please turn out on 14 June and let’s really show our support for these elite cyclists and make the most of this wonderful event.  There’ll be lots going on in the town in the run up to the race so keep a look out for details in the local press and on our website.”

Councillor Alan Hills, Daventry District Council’s Community, Culture and Leisure Portfolio Holder, said: “We are delighted to be hosting the finish of this year’s Northamptonshire stage of the OVO Energy Women’s Tour, having staged the Grand Depart so successfully last year.

“There is sure to be a lot of excitement around the event once again, and this year offers a further chance for us all to capitalise on the opportunities to boost local businesses and inspire people to take up sport and exercise. We are looking forward to working with our partners, as well as communities and businesses in our District, to make this year’s event an even greater success.”

Commenting on the announcement, Race Director Mick Bennett said: “After hosting last year’s Grand Départ, we are thrilled to return to Northamptonshire for stage two of the OVO Energy Women’s Tour, the fifth time in as many editions that the county has welcomed the event.

“This year we welcome a new stage start in Rushden, a town that has been keen to host the race for many years. We know from our previous visits that the locals will turn out in force for the race, especially on the gruelling Newnham Hill climb – situated just a few kilometres south of the finish in Daventry – which could well decide the winner of the stage.”