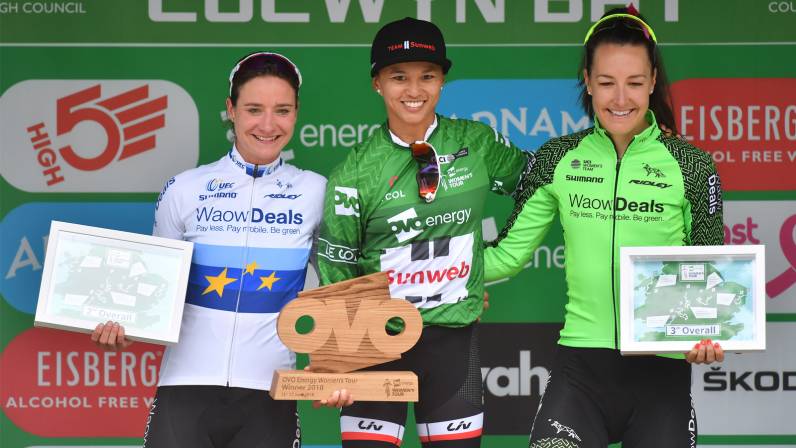 OVO Energy, the award-winning independent energy supplier, will back an equal prize fund for the Women’s Tour and Tour of Britain for the second year running.

OVO Energy, the award-winning independent energy supplier, will back an equal prize fund for the Women’s Tour and Tour of Britain for the second year running.

Having first made this significant pledge on the path towards gender equality in cycling in 2018, Britain’s most prestigious women’s and men’s cycle races will again offer the same prize money structure thanks to the innovative Bristol-based company.

The 2019 OVO Energy Women’s Tour begins with a Grand Depart in Suffolk for the second year; ninety-six starters will cover 157.6 kilometres (98 miles) between the market towns of Beccles and Stowmarket. The race continues to form part of the prestigious UCI Women’s WorldTour series, which began with the Strade Bianche one-day race in Italy on Saturday.

Adrian Letts, CEO of Retail, OVO Energy, said: “This is our third year sponsoring the OVO Energy Women’s Tour, helping to enable a free-to-view sporting event to be brought to fans across the UK. Last year we announced the top cyclists at the Women’s Tour would compete for equal prize money, taking a meaningful step towards gender parity in cycling. We’re proud to have committed to matching the prize money again, helping to provide an equal platform and inspiring more women to ride bikes.”

Commenting on the announcement, OVO Energy Women’s Tour Race Director Mick Bennett said: “This continued commitment by OVO Energy aligns with our desire to keep the Women’s Tour at the forefront of sport’s push towards equality. In 2018 we saw how aggressive and entertaining the racing was – no doubt helped by the prize fund on offer – and I have little doubt that the action will relent in June.”

Further details of this year’s OVO Energy Women’s Tour, including the full race route and competing teams, will be released in the coming weeks.