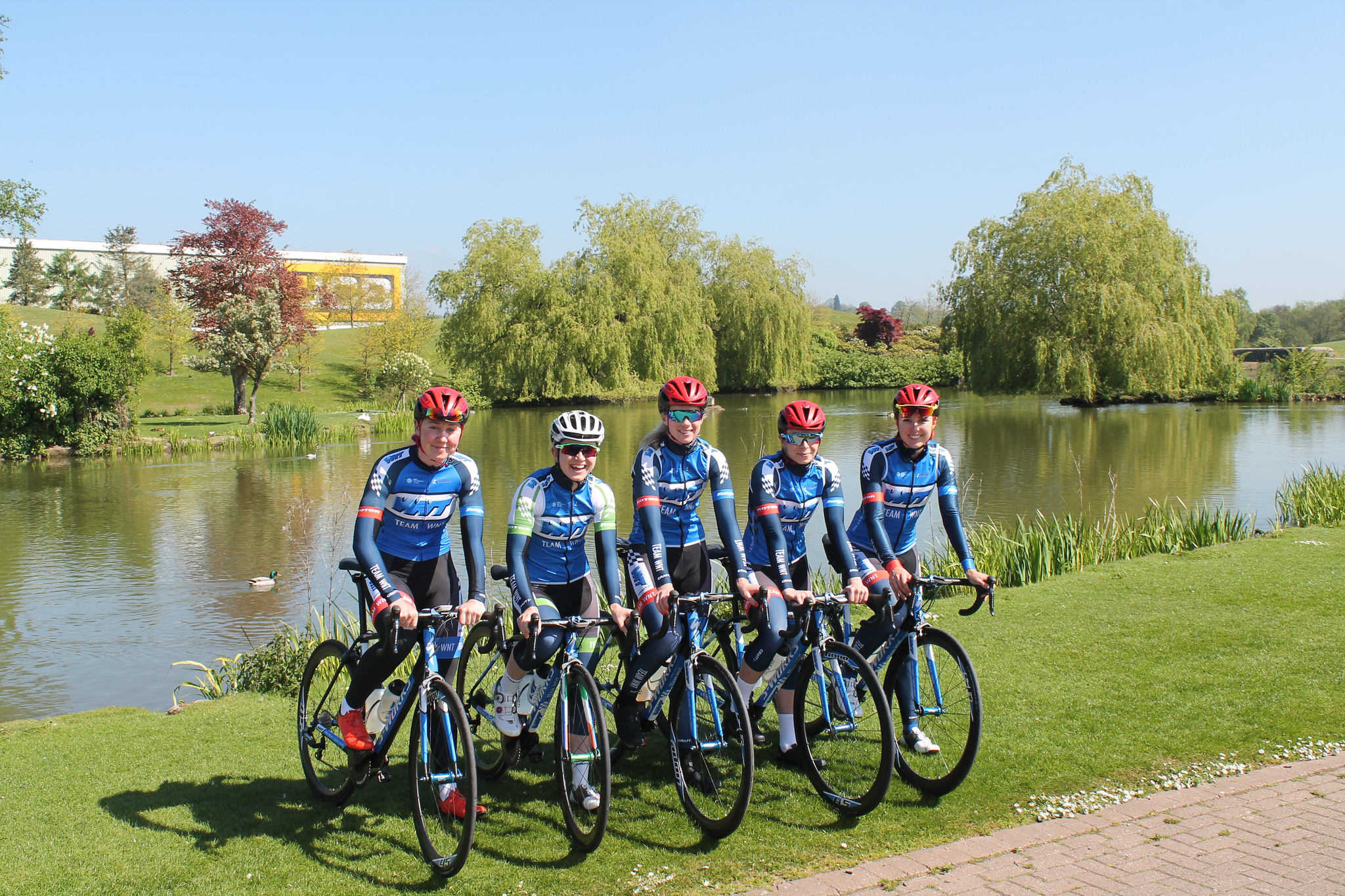 With twenty days to go until the world’s top cyclists arrive in Staffordshire for the Stoke-on-Trent Stage of the OVO Energy Women’s Tour, World and Olympic Champion Katie Archibald has led her WNT teammate on a recce of the Stage Two route.

With twenty days to go until the world’s top cyclists arrive in Staffordshire for the Stoke-on-Trent Stage of the OVO Energy Women’s Tour, World and Olympic Champion Katie Archibald has led her WNT teammate on a recce of the Stage Two route.

Stoke-on-Trent and Staffordshire will play host to the OVO Energy Women’s Tour, a round of the UCI Women’s WorldTour, on Thursday 8 June, when Stage Two starts and finishes in the city.

Archibald and the rest of Team WNT, including Irish Road Race Champion Lydia Boylan took a look at the key section of Stage Two in the Staffordshire Moorlands, between Rocester and the Gun Hill climb.

Commenting on the route and climbs, the 2016 Olympic Gold medallist Katie Archibald said;

“The parts we’ve seen so far have been really nice, there’s lots of really narrow twisting roads, and I think that’s going to be one of the hardest things to manoeuvre so I’m glad we’ve been able to see it.

“There’s lots of rolling roads around it so I think in terms of marking things for where’s it going to go, the Queen of the Mountains are certainly important, but I think there’s going to be some other key moments for attacks throughout.” Irish Champion Lydia Boylan, who will make her OVO Energy Women’s Tour debut in June added, “It’s pretty relentless so far what we’ve seen. I think it’s quite difficult, it’s up and down most of the time, and there’s usually one or two punchy climbs throughout, and that will really test the field out so I think it’s going to be a hard stage, just like every day on the Tour so I’m looking forward to it.”

WNT teammate Gaby Shaw, who has ridden the race once, in 2015, picked out the stage as being key to the entire five-day OVO Energy Women’s Tour.  “It’s very lumpy, some quite significant climbs, I think it’s going to be really tough day out for the whole peloton, and I think it will be quite a decisive stage.

“This Gun Hill one, I think fireworks will be going off up there- it’s quite a long one with some steep gradients, so yeah it will be really hard.”

See below for the full video of the Team WNT recce:

Stage Two will start in Stoke-on-Trent city centre at 11:00 on Thursday 8 June, passing through Stone, Stafford, Rugeley, Uttoxeter, Cheadle and Leek, before finishing outside Hanley Town Hall back in the city centre at around 15:00.

Full details of the 144.5-kilometre route can be found here, including the location of the intermediate Eisberg Sprints at Rocester (outside the JCB Headquarters) and Cheadle (outside the Cricket Club on the A522) and the SKODA Queen of the Mountains climbs at Ipstones and Gun Hill.