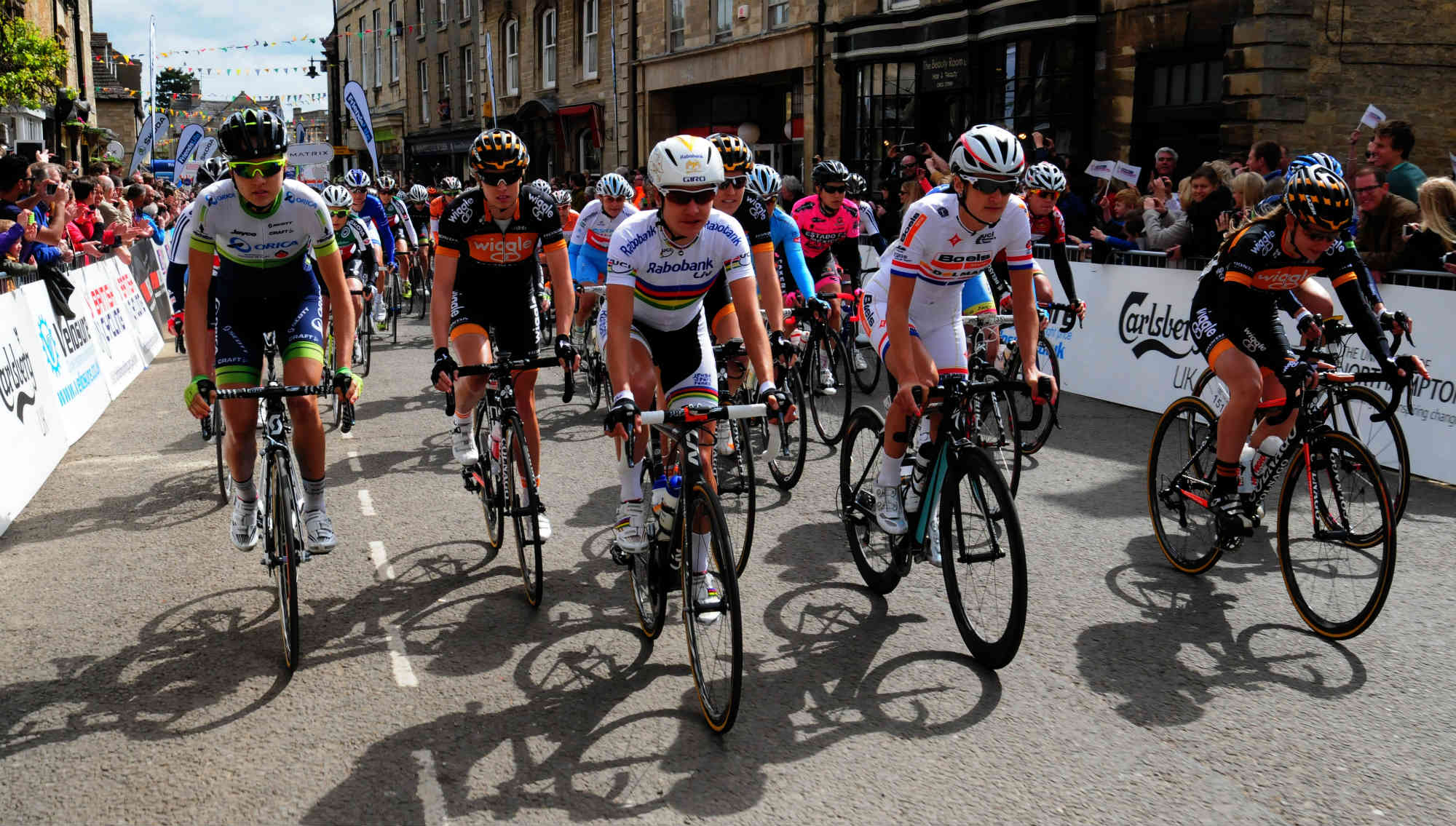 World-class professional women’s cycling will return to Northamptonshire this June as the county celebrates hosting the Friends Life Women’s Tour for the second successive year.

World-class professional women’s cycling will return to Northamptonshire this June as the county celebrates hosting the Friends Life Women’s Tour for the second successive year.

Friday 19 June will see the race return to Oundle, scene of last year’s opening stage, before racing through Northamptonshire to the finish in Kettering.

In May 2014 Northamptonshire was the host of the first ever Friends Life Women’s Tour stage. It created history as the world’s top riders raced from Oundle to Northampton town centre, in a leg won by Sweden’s Emma Johannson.

“The prospect of racing on home roads again in the 2015 Friends Life Women’s Tour is very exciting. Last year’s experience was unbelievable. The media exposure that the race received was incredible and getting back to the hotel after the stage, turning the TV on and being able to watch a full hour of coverage was amazing.

“The crowds that lined the route were unbelievable and to have so many people come out and support the event was humbling and really made me proud to be British. Here’s to a great 2015 Tour. I cannot wait!”

“After the huge success of last year’s event, I’m delighted that the Friends Life Women’s Tour will be returning to Northamptonshire this summer.

“Full details about the route will be announced soon and I’m looking forward to seeing people across the county turn out to cheer on the riders and support this fantastic event, as they did in 2014.”

“We are delighted to welcome this world class event to Kettering Borough.  As Kettering will be hosting the finish of Stage 3 it promises to be very exciting.  It will undoubtedly help raise the profile of the sport and will showcase what Kettering has to offer.  We expect that there will be a lot of interest in the Friends Life Women’s Tour and the Council will work closely with local shops and businesses to ensure there is plenty of entertainment to complement the event.”

In 2014 Oundle welcomed the first ever stage of the Friends Life Women’s Tour with a three day cycling festival in the town centre. Commenting on the 2015 race Debra Harper, Oundle Town Council clerk, said;

“We are thrilled that Oundle is to be part of the 2015 Friends Life Women’s Tour. Hosting the Grand Départ last year was fantastic and we were delighted with the tremendous support provided by everyone involved and those who came out in their thousands to watch the race. The event has left a lasting legacy in the town and preparations are already underway in order to make Friday June 19th equally enjoyable and memorable.”

The second edition of the Friends Life Women’s Tour takes place from Wednesday 17 – Sunday 21 June, again taking place over five stages with daily highlights from ITV4.  Starting from Bury St Edmunds, subsequent stages will be held in Suffolk and Essex, before Stage Three sees the race return to Northamptonshire.

The exact details of the Stage Three Northamptonshire route will be announced in the spring along with detailed official Ordnance Survey mapping.

“Northamptonshire and Oundle gave us a great send-off for the first edition of the Friends Life Women’s Tour last May.  Both have been supporters of the event from the outset, so we are delighted to be returning to both, while Kettering is familiar to us from the Tour Series, and we are confident will make a great finish venue for the stage.”