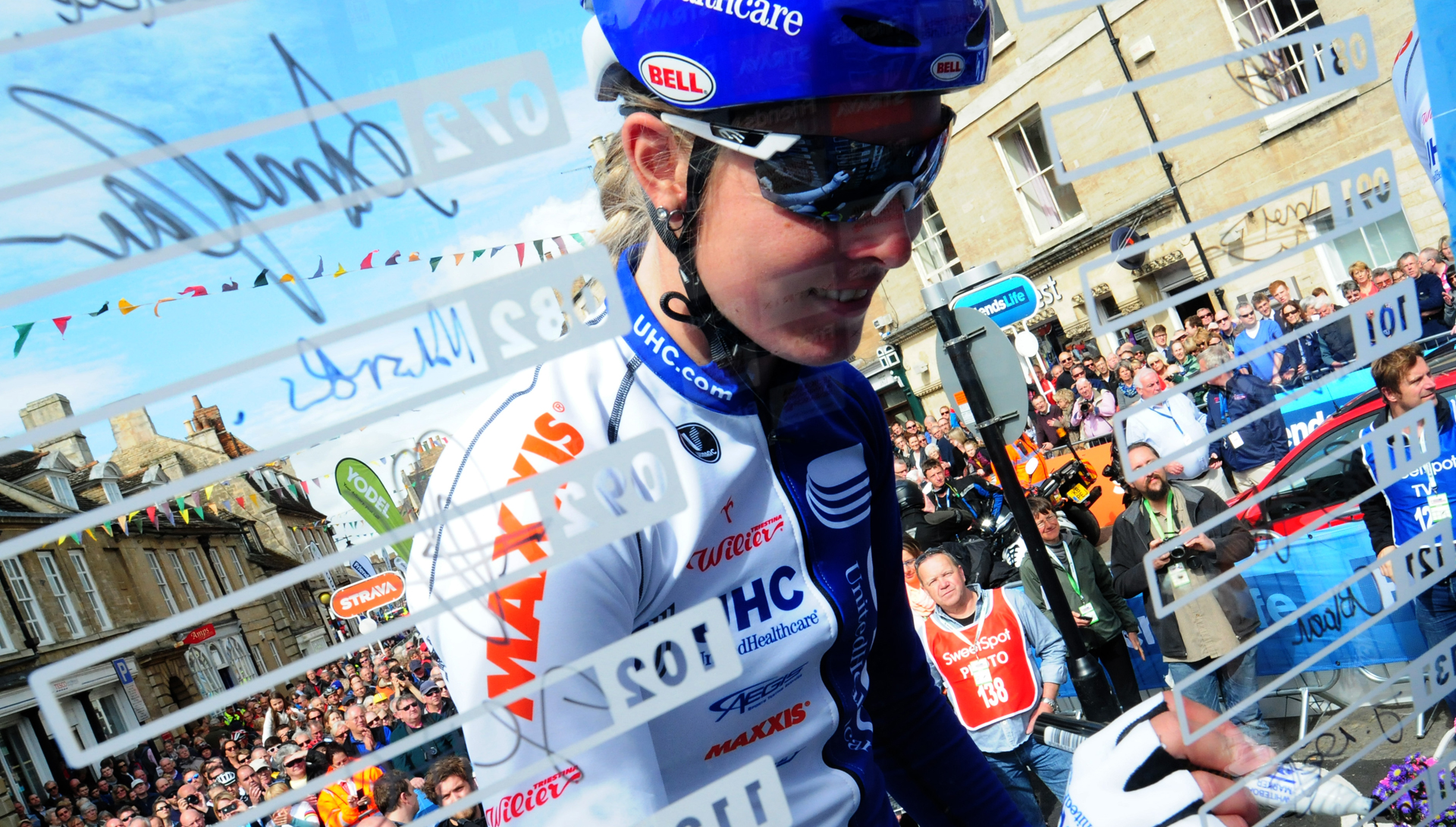 The world’s top female cyclists will race from Oundle to Kettering this June, as Northamptonshire plays host to the 138-kilometre, 86-mile, third stage of the Friends Life Women’s Tour.

The world’s top female cyclists will race from Oundle to Kettering this June, as Northamptonshire plays host to the 138-kilometre, 86-mile, third stage of the Friends Life Women’s Tour.

Friday 19th June will see 16 of the world’s top cycling teams, including the likes of Wiggle Honda, Boels Dolmans and world number one team Rabo Liv, heading to Northamptonshire for a stage that will take in Gretton, Corby, Rothwell, Desborough and Brixworth among other locations.

With an uphill drag into Kettering town centre ahead of the finish coming at the end of what will be the longest stage of the 2015 Friends Life Women’s Tour, the Northamptonshire stage could well prove crucial for the destination of the race leader’s Friends Life Yellow Jersey.

Cllr Heather Smith, deputy leader at Northamptonshire County Council, said: “This world-class event offers a wonderful opportunity for us to bring people together and inspire them to think about their own health and fitness and hopefully get cycling too. Last year we saw more than 600 people take up cycling as a result of led cycle rides organised as part of the Friends Life Women’s Tour and 11 schools have set up new cycling clubs.

“This is a fantastic legacy from the inaugural Friends Life Women’s Tour and we will be working to build on that as excitement builds for the tour’s return to the county this summer.”

“The Friends Life Women’s Tour changed the face of women’s professional racing in 2015 and I’m extremely excited about coming back in 2015.  Racing through Northamptonshire, with the enthusiasm of the crowds was a huge highlight in my racing year last year.  Hopefully this year, I can do my bit to help deliver the British Champion to a victory in Northampton as part of the Matrix Fitness team.”

Starting at 10am, Stage Three is expected to finish in Kettering at around 2.15pm, with highlights of the race being shown on ITV4 that evening, with a repeat the following morning.

Heading west from Oundle to Upper Benefield, the stage will loop back to Oundle before heading north to Fotheringhay and Kings Cliffe.

The race will then pass through Harringworth and Gretton, climbing from Rockingham into Corby on the road past Rockingham Castle.

After heading into Corby, Stage Three will then head to Rothwell and pass through Desborough, as it did for the opening leg in 2014.

Stage Three will then head to Kelmarsh and Naesby, passing close to the famous Naesby Field battle site and on to Ravensthorpe, Spratton and Brixworth before racing into Kettering via Thorpe Malsor and the finish in the Market Place.

The locations for the two intermediate Sprints and two Queen of the Mountain climbs will be announced in the coming weeks. Full interactive and downloadable Ordnance Survey stage maps will be available for each of the five stages by the end of March.

Oundle Mayor Gwen Radcliffe said: “The Grand Depart of the inaugural Friends Life Women's Tour from Oundle in 2014 was certainly memorable. I am delighted that Oundle's contribution to the success of the event has been recognised. We are thrilled to host the start of this year's third stage start with the exciting bonus of the riders racing through the town on the loop.”

Kettering Mayor Duncan Bain said: “We’re incredibly excited to be hosting the Stage Three finish, and to be able to invite the world’s top cyclists to race through the Borough. The route will take in the fantastic scenery of our towns and villages, bringing elite international sport right to our doorstep, and we’re sure the crowds that line the route will provide a memorable finish for the competitors and visitors to Kettering Market Place.

“We have proved in the past that we can be successful hosts to major cycling events and we’re looking forward to stepping up to the plate again.”

“Northamptonshire played a key role in the first ever Friends Life Women’s Tour, so we are delighted to be returning to the county this June,” said Race Director Mick Bennett.

“The county combines beautiful, typical English countryside with some very testing roads and climbs. At the longest stage of the race, we expect it to be a key element of the Friends Life Women’s Tour and set things up perfectly going into the weekend’s stages.”

Stage One of the Friends Life Women’s Tour takes place on Wednesday 17th June, heading from Bury St Edmunds to Aldeburgh on the Suffolk Coast in a 110-kilometre opening stage, before the second stage from Braintree to Clacton.

Subsequent stages then take the race to Hertfordshire and Buckinghamshire and the Chilterns, before the overall finish in Hemel Hempstead on Sunday 21st June.

16 teams from nine different countries will take part in the 2015 Friends Life Women’s Tour, including 12 of the world’s top 15 ranked teams, led by the team of defending champion Marianne Vos, Rabo Liv.

In 2014 Northamptonshire hosted the first ever stage of the Friends Life Women’s Tour, from Oundle to Northampton, won by Sweden’s then world number one Emma Johansson of the Orica AIS team, who will also return this June.