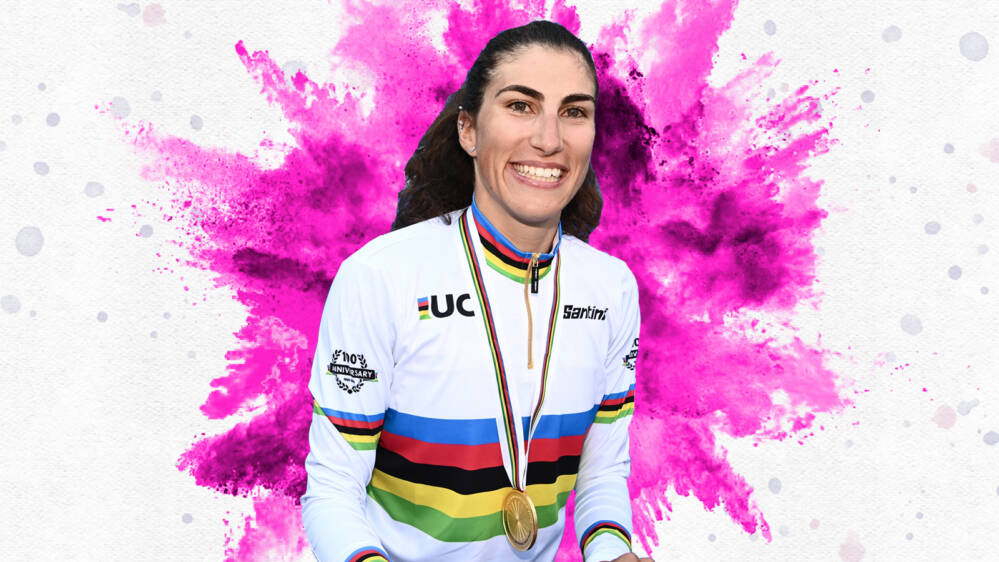 Elisa Balsamo, winner of an unforgettable UCI world championships road race in Belgium on Saturday, will show off the iconic rainbow jersey at this year’s AJ Bell Women’s Tour.

Elisa Balsamo, winner of an unforgettable UCI world championships road race in Belgium on Saturday, will show off the iconic rainbow jersey at this year’s AJ Bell Women’s Tour.

The Valcar – Travel & Service rider will make her debut in the UK’s leading women’s race when it begins in Bicester, Oxfordshire, on Monday (4 October).

Famed for her sprint finish, Balsamo could become the first reigning world champion to win a road stage of the race since Lizzie Deignan in 2016 should she triumph on British roads next week.

Balsamo is the second newly-crowned world champion confirmed to be competing at the AJ Bell Women’s Tour: Ellen van Dijk (Trek – Segafredo), who won the time trial title on 20 September in Bruges, will also be in action. The race’s provisional start list will be revealed this evening (Wednesday 29 September).