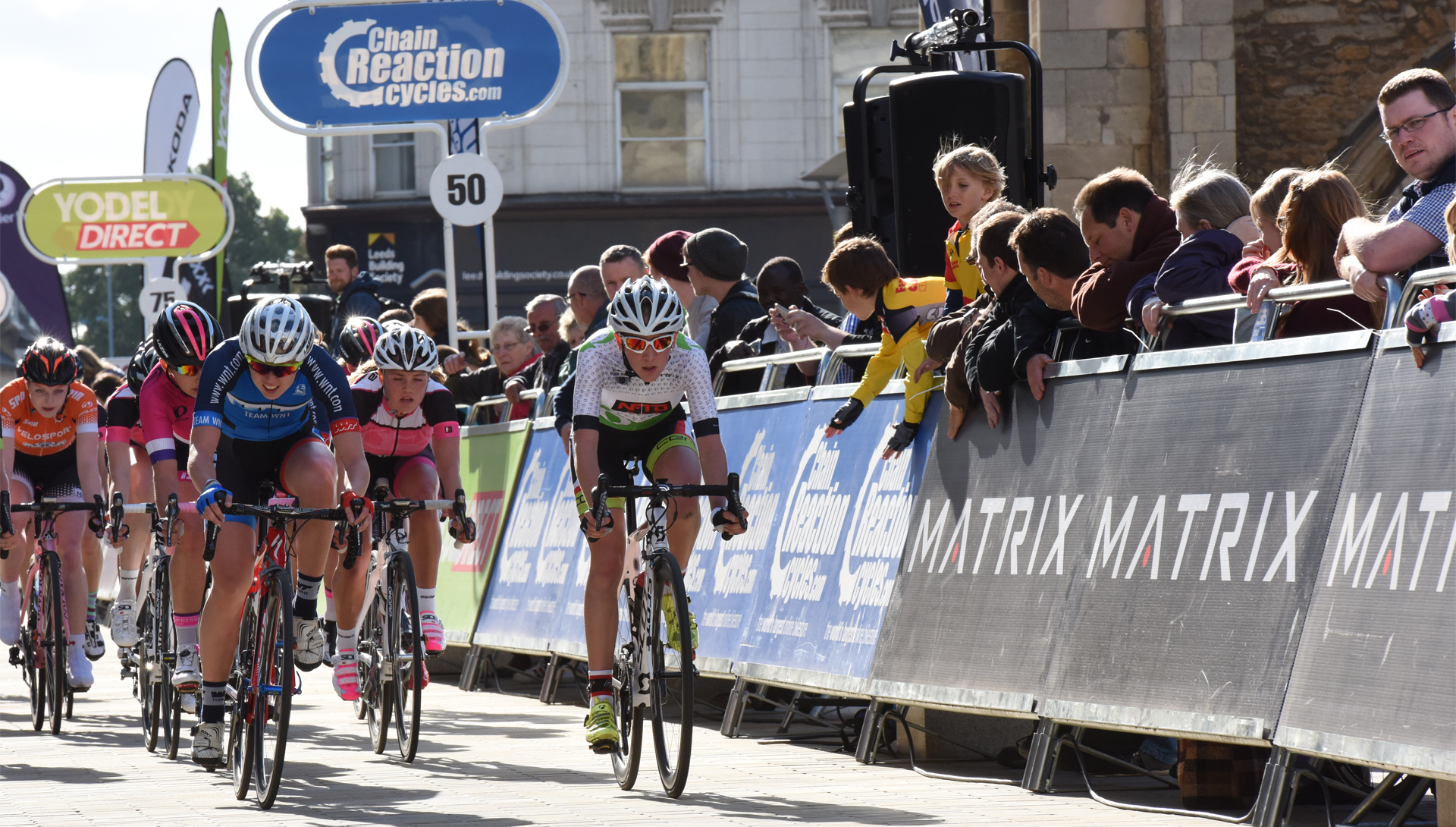 Matrix Fitness will continue their support of the women’s Tour Series for the next two years as title sponsors of the highly successful Matrix Fitness Grand Prix Series, which forms part of the Pearl Izumi Tour Series.

Matrix Fitness will continue their support of the women’s Tour Series for the next two years as title sponsors of the highly successful Matrix Fitness Grand Prix Series, which forms part of the Pearl Izumi Tour Series.

As a part of the extended partnership, the Matrix Fitness Grand Prix Series will expand to six events in 2016, as part of the long term vision of Matrix Fitness and event organisers SweetSpot to grow the sport of women’s cycling.

In addition to branding and marketing opportunities across all the events, Matrix Fitness will also enjoy VIP Hospitality access for staff and clients, and a platform to promote the Matrix IC7 Indoor Cycle.

“As active stakeholders in the UK fitness industry and sports community, we are keen supporters of any initiative which inspires and promotes physical activity. We also applaud the improvement and development of women’s sport at every level, and as such, we are delighted to be continuing our partnership with the Women’s Tour Series and the Aviva Women’s Tour. It’s going to be an exciting year for women’s cycling in the UK, especially as the GB Cycling Team looks to continue it’s great success and sporting achievements at the Rio Olympic Games.

“We are looking forward to seeing both the established riders, and the new emerging talent competing in the Aviva Women’s Tour ahead of the Olympic Games. The women’s Tour Series will also be exciting as we see many new teams taking part for the first time.” “Matrix Fitness are one of our longest standing partners so we are delighted to be able to extend that partnership through until the end of 2017,” said SweetSpot Race Director Mick Bennett.

“The team at Matrix Fitness has been key to the growth of the women’s side of the sport in the UK and we look forward to working closely with them to continue this upwards trend.”

Both Stevenage and Portsmouth will be new events on the calendar, while Stoke-on-Trent’s round comes as the city celebrates being a European City of Sport in 2016.  Highlights of all the races will be shown as a part of the Pearl Izumi Tour Series programmes on ITV4.

Previous winners of the Matrix Fitness Grand Prix Series include Hannah Barnes and Eileen Roe, who are both now racing internationally with UCI teams.  2015 Champion Nikki Juniper (pictured below, centre) will return to defend her title with her brand new Team Ford EcoBoost, while the identities of the other teams taking part will be announced in the coming weeks.