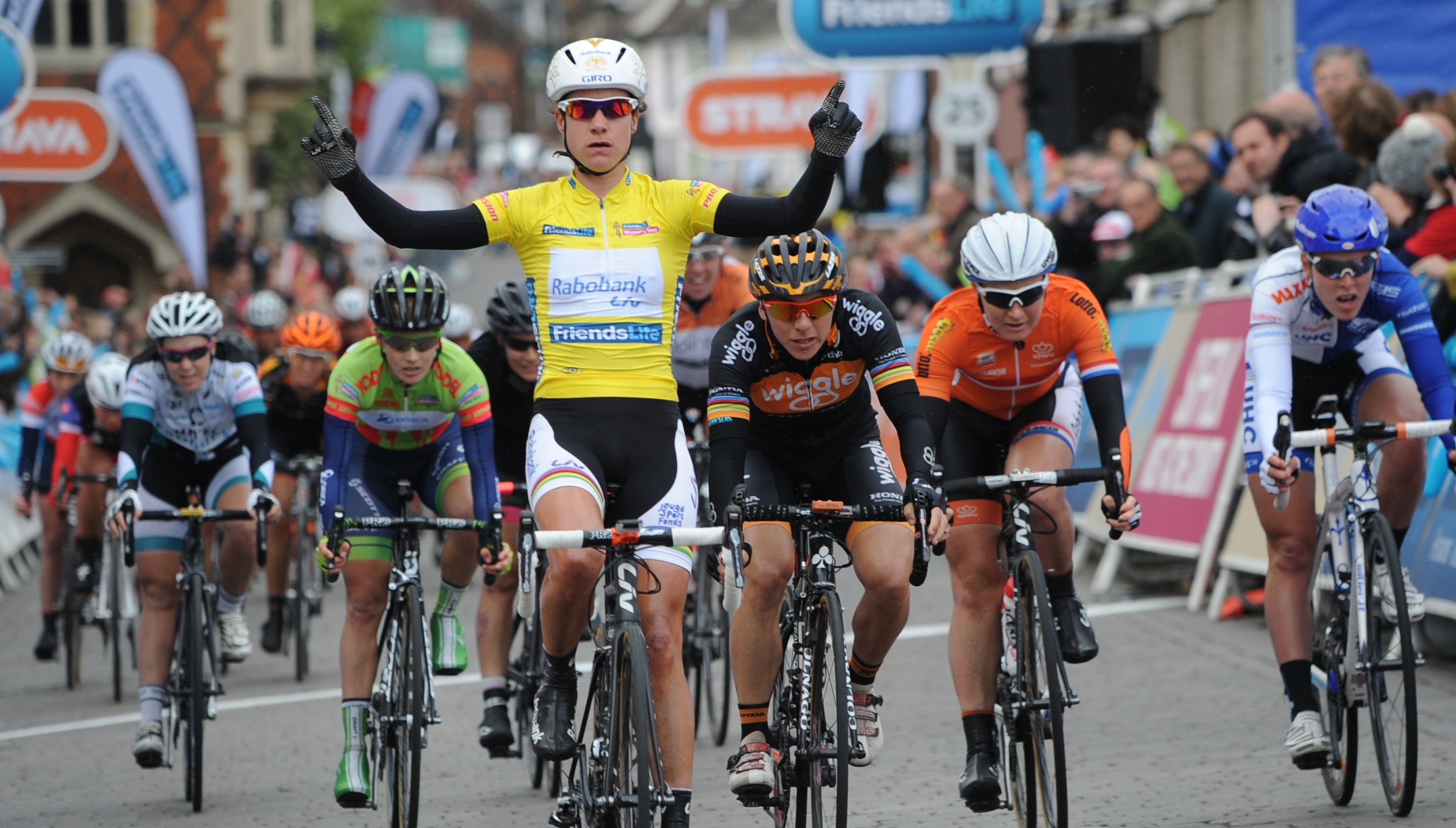 Despite being currently sidelined with injury, reigning Aviva Women’s Tour champion Marianne Vos will be at this year’s race for all five stages, from 17-21 June.

Despite being currently sidelined with injury, reigning Aviva Women’s Tour champion Marianne Vos will be at this year’s race for all five stages, from 17-21 June.

The current Olympic Road Race Champion, who won three stages of the 2014 event on her way to the title, will be joining ITV4’s Ned Boulting to present the daily coverage of the Aviva Women’s Tour.

The Rabo Liv rider will co-present ITV4’s daily one-hour highlights programme, which will screen at 8pm each night during the race with a repeat the following morning on the same channel.

Commenting on the news, Mick Bennett, Race Director of Aviva Women’s Tour organisers SweetSpot said; “We are delighted to be able to welcome Marianne back to the Aviva Women’s Tour this year. It was obviously a shame when it was confirmed that she wouldn’t be able to defend her title due to injury, but that has presented this fantastic opportunity to have an athlete of her stature involved in the event in such a prominent way. We are sure Marianne will be able to add a unique viewpoint to the ITV4 programme that will improve the already excellent television coverage we have for the Aviva Women’s Tour.

“We would also like to especially thank the Rabo Liv team and management for releasing Marianne and working with us as organisers to make this possible.”

Full details of all of the ITV4 repeat times are available here. Highlights will also be shown by British Eurosport, Eurosport Asia and various other channels. Please check the Television page for the latest.

Eurosport across Europe will also show a post-race highlights programme for the first time, encompassing the entire 2015 Aviva Women’s Tour and the five-stage battle for the Aviva Yellow Jersey.