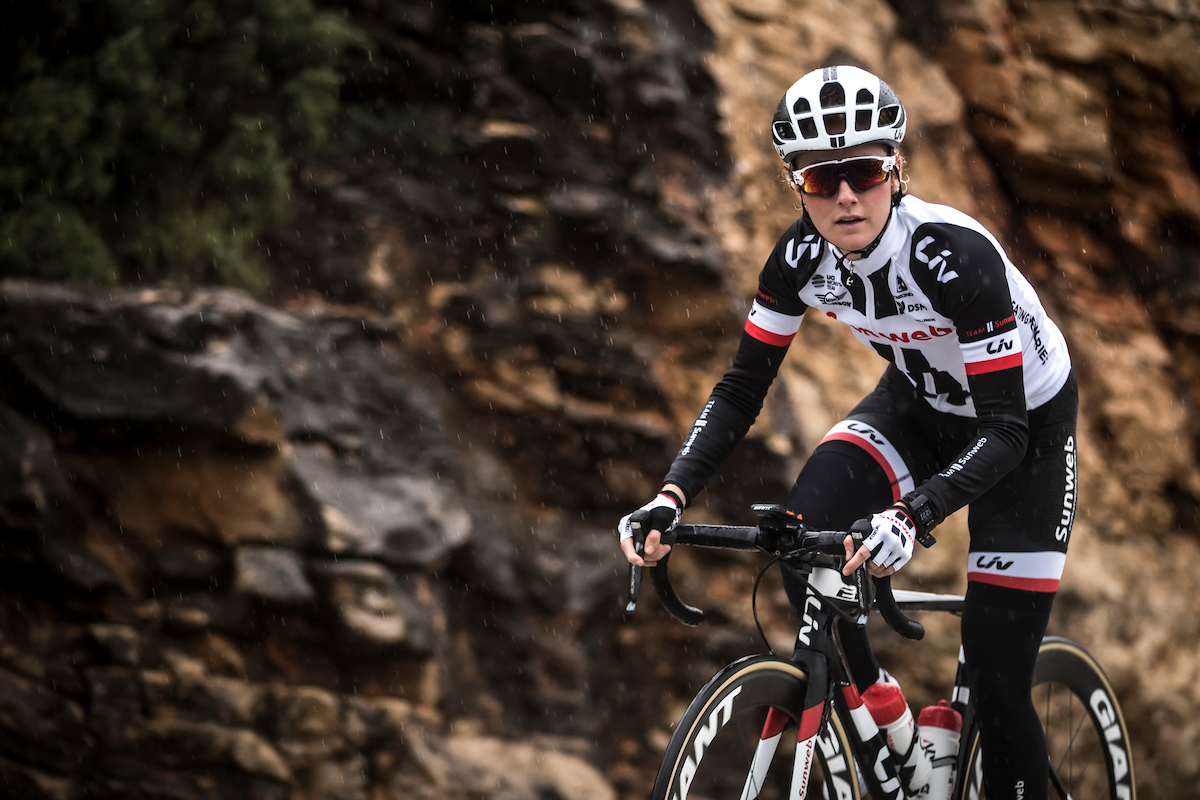 Last year’s winner of the Best Young Rider award at the OVO Energy Women’s Tour Floortje Mackaij will return to the race this June at the head of a strong line-up for Team Sunweb.

Last year’s winner of the Best Young Rider award at the OVO Energy Women’s Tour Floortje Mackaij will return to the race this June at the head of a strong line-up for Team Sunweb.

21-year-old Mackaij, who finished tenth overall in 2016, will be joined by multiple Dutch Champion Lucinda Brand and Canadian Leah Kirchmann.

Brand, who hails from Dordrecht in the Netherlands has twice ridden the OVO Energy Women’s Tour, and started this season by winning the prestigious Omloop Het Nieuwsblad single-day race in Belgium. Kirchmann has an impressive record in the OVO Energy Women’s Tour, having ridden all three iterations of the race and finishing in the top 12 overall on each occasion, including taking sixth place in 2016.  The former Canadian Champion also has eight top ten stage finishes to her name, including all five of last year’s stages.

“I am really looking forward to racing in the UK. The Women’s Tour is always a really nice race with a very strong field of riders and the parcours are really challenging. We start with a strong team so hopefully we can get a good result together. It’s always nice to be in the UK, there are always a lot of supporters and they are super enthusiastic about cycling which is brilliant. Having so many people out on the road to support is a great feeling.” Team Sunweb will confirm their final three riders for the OVO Energy Women’s Tour in the day’s building up to the event, which begins in Daventry, Northamptonshire on Wednesday 7 June.