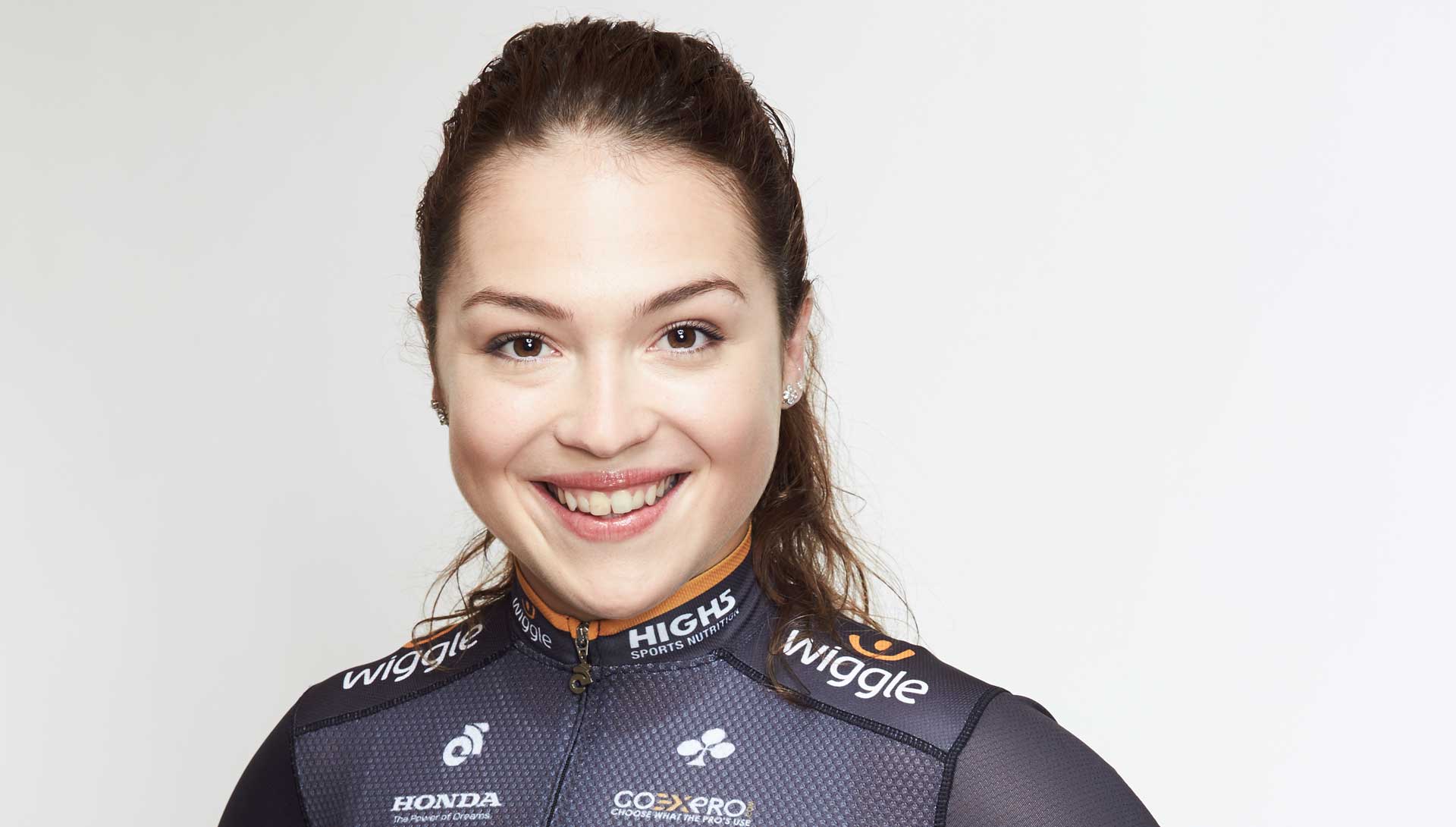 As a result of her crash in Belgium at the weekend Wiggle HIGH5’s Lucy Garner has been forced to withdraw from the black and orange team’s roster for the Aviva Women’s Tour. The two-time junior World Champion was brought down in a crash in the early kilometres of the Keukens van Lommel Ladies Classic, in Herselt, Belgium, and sustained fractures to two ribs.

As a result of her crash in Belgium at the weekend Wiggle HIGH5’s Lucy Garner has been forced to withdraw from the black and orange team’s roster for the Aviva Women’s Tour. The two-time junior World Champion was brought down in a crash in the early kilometres of the Keukens van Lommel Ladies Classic, in Herselt, Belgium, and sustained fractures to two ribs.

While the 21-year-old Briton is able to ride her bike, any sustained effort causes severe pain and she has taken the decision to withdraw.  Garner is a former winner of the Best British Rider classification (2014) and wore both the Best Young and Best British Rider jerseys during the 2015 Aviva Women's Tour.

“It’s just one of those things,” Garner conceded. “Obviously it was a really hard decision. I’d been looking forward to racing the Aviva Women’s Tour ever since I’ve been part of Wiggle HIGH5. It’s such a big event, and a huge goal for the team, so to have been selected was really good for me because I know that a lot of the girls wanted to do it, and it’s a really strong team going.

“My eyes were set on that, and then something like this happens…” she continued. “As an athlete all you want to do is race. I did actually go on the rollers this morning; just pedalling’s okay, but when I have to get out of the saddle… Obviously I’m going to be moving about, I’m going to have to reach for my bottle, and I just don’t know if it’s worth doing it.”

Aside from the pain and discomfort that Garner would doubtless feel during the race, the 21-year-old Briton is unwilling to risk letting down her teammates in what will be one of the biggest stage races of the year. Garner is also only too aware that any further crash could exacerbate what is already a nasty, debilitating injury.

Garner’s replacement in the Wiggle HIGH5 Pro Cycling roster for the Aviva Women’s Tour will be confirmed in due course. In the meantime you can check out the provisional rider list here.

“It is racing at the end of the day, and if I crashed again it could end up in something a lot worse that might put me out for the whole of the season,” she reasoned. “So I think it’s best for me to sit back, even though it’s going to be really painful.

“I know that the girls will support the decision, and obviously [Wiggle HIGH5 Team Manager Rochelle Gilmore] helped me to make the decision, and we think it’s just best to let it go and move onto the next race.

“It’s a bit gutting because [younger sister] Gracie’s going to be racing there too, so my Mum and Dad are going to come down and watch.”

“We had to be pretty quick making the decision, but I think we’re not only doing what’s best for me, but for the team as well,” Garner concluded.

Lucy's sister Grace stepped up her preparations for her debut in the Aviva Women's Tour with the Great Britain team by winning the Croydon round of the Matrix Fitness Grand Prix Series last night (pictured below).  The win emulates previous success' of her elder sister, who won events in Woking in 2011 and 2012.