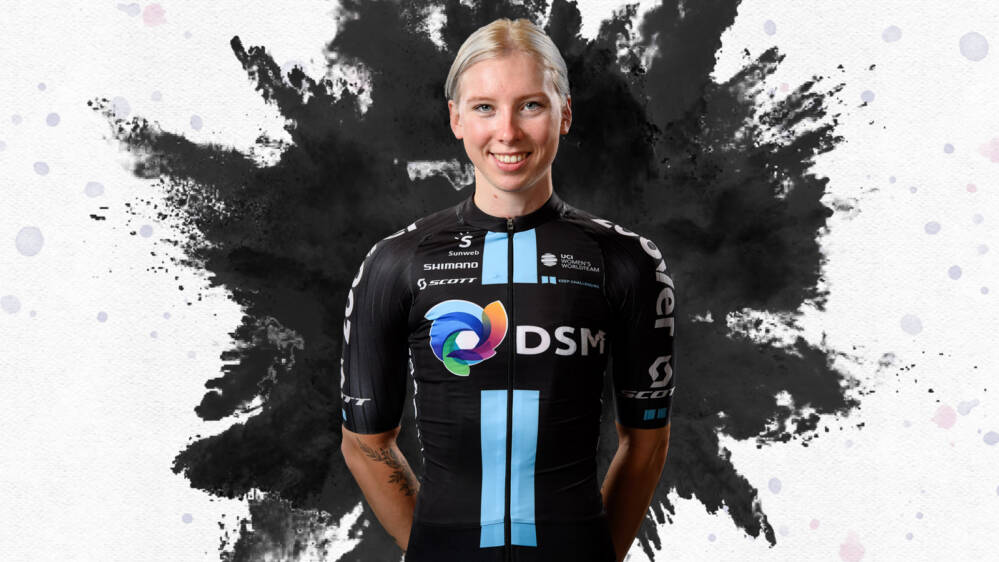 Dutch sprinter Lorena Wiebes will make her AJ Bell Women’s Tour debut next week when she leads a strong Team DSM squad at the race.

Dutch sprinter Lorena Wiebes will make her AJ Bell Women’s Tour debut next week when she leads a strong Team DSM squad at the race.

Wiebes, who is returning to racing following a crash at August’s Simac Ladies Tour, already has 10 victories her name in 2021, including two in the Giro d’Italia Internazionale Femminile.

Although she’s never raced at the UK’s leading women’s cycling event, Wiebes has previously triumphed on British roads: in 2019 she won the Prudential RideLondon Classique and opening stage of the Tour de Yorkshire.

Team DSM’s line-up for the race also includes Leah Kirchmann, who is only one of three riders to have started and finished every edition of the race. Kirchmann finished fourth overall in 2017 and helped team-mate Coryn Rivera claim the overall victory 12 months later.

Albert Timmer, Team DSM coach, said: “We head to the Women’s Tour for six days of nice racing in the UK. Lorena is continuing her return to action after her crash and if she’s in good form then she is one of the fastest riders in the peloton. We’re able to play that card with her as our finisher, but of course it depends on how her body reacts to racing after her crash in the Simac Ladies Tour.

“With the rest of the team, we’ll look to support Lorena on the flatter days while on the TT stage we have several riders who can go for a nice result there and with that be up there in the GC fight. We also need to be careful of any chaotic and attacking days, but with the strength of our team then we’re also prepared for some aggressive racing too.”