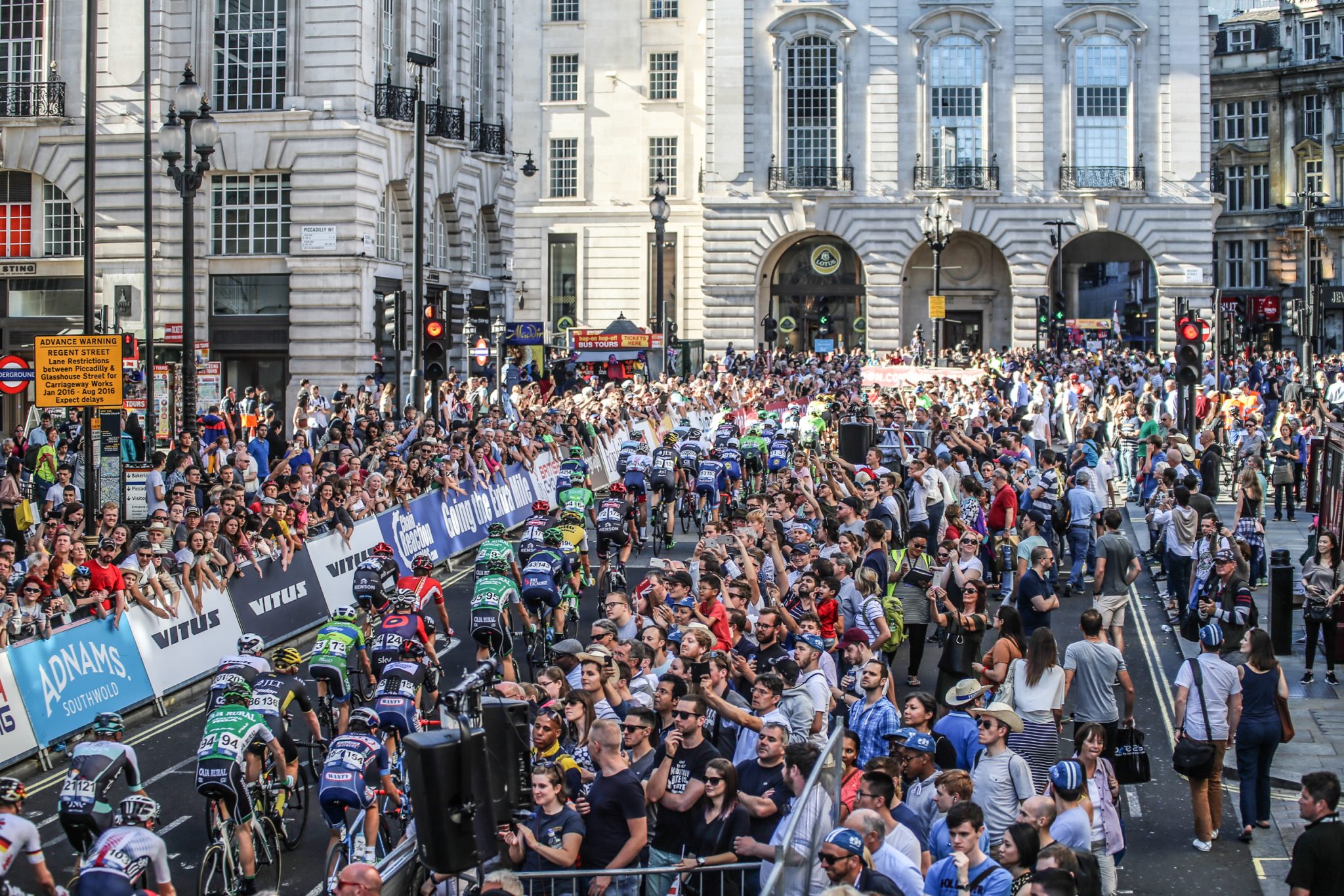 As the final preparations are taking place ahead of the fifth and final stage of the OVO Energy Women’s Tour, some London schools were busy designing flags for the Start of the Stage 5 race.

As the final preparations are taking place ahead of the fifth and final stage of the OVO Energy Women’s Tour, some London schools were busy designing flags for the Start of the Stage 5 race.

650 pupils for a number of schools in London entered the competition, for the opportunity to see the flag they’d designed waved at the start of the race, on Regent Street, St James. The pupils were asked to think of who their favourite female superhero is, and how they would get around London.

There was a huge variety of different ideas, ranging from Olympians, mums, best friends and even the Queen! The winner of the Design a Flag competition for the London Stage is Tom Weigle-Gibby from Orleans School in Richmond. Tom’s superhero is leader of the British Suffragette movement, Emeline Pankhurst, who he’s drawn riding over Tower Bridge on a Penny Farthing.

Congratulations to everyone involved in this year’s competition!

The final stage of the 2017 OVO Energy Women’s Tour will be coming to London on Sunday 11th June, starting and finishing on Regent Street St James just below Piccadilly Circus. The stage will consist of 14 laps of the same iconic circuit as used in the men’s Tour of Britain in 2016, and will feature Piccadilly Circus, Trafalgar Square and Whitehall on every lap.

Taking place in the morning of the OVO Energy Women’s Tour, is the Pink Ribbon Tour hosted by Breast Cancer Care. 1000 women will ride the same iconic circuit as the professional riders, in solidarity for anyone affected by breast cancer. TFL will also have a presence on 11 June, offering information about cycling in London, and how more people can get involved with cycling on London streets on a regular basis.