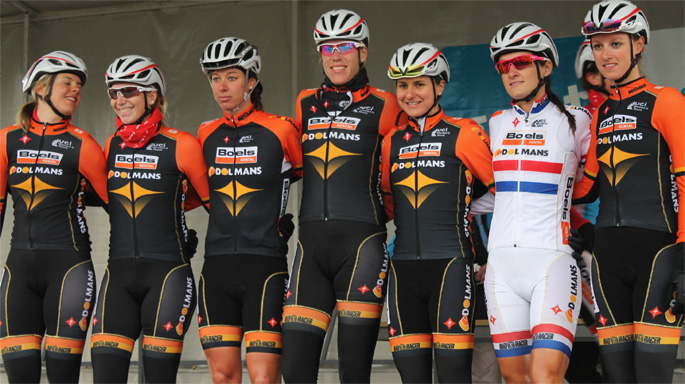 Ahead of the Friends Life Women’s Tour, Brendan Gallagher caught up with UCI World Cup leader Lizzie Armitstead for this exclusive interview.

Ahead of the Friends Life Women’s Tour, Brendan Gallagher caught up with UCI World Cup leader Lizzie Armitstead for this exclusive interview.

JUST as sometimes life is what happens when you are busy making other plans, sporting success can occasionally come your way when you aren’t actually planning it.

At the start of this season the height Lizzie Armitstead's Spring ambitions was to get back into the groove after a testing, injury plagued, 2013 when she struggled to build in any fitness, form and confidence.

And yet here we are at the end of April and after four quick fire World Cup races – one first and three second places-  Armitstead  is leading the UCI World Cup rankings by 160 points. Yet the World Cup isn’t really a season's goal for the Olympic silver medal winner.  She will not be travelling to China after the inaugural Friends Life Women’s Tour for the next round at Chongming Island or indeed will she be at Round Six, the Sparkassen Giro in Bochum, which clashes with the Commonwealth Games.

“It funny how it goes but the World Cup itself wasn't really a target at all, although we had our eyes on one of two of the races in particular, and yet it has gone very well so far. The Commonwealth Games and the World Championships  are strong personal goals this season the Women’s Tour and the La Course one day race on the last day of the Tour de France, which finishes on the Champs Elysees, are going to be very big and high profile events for my team Boels Dolmans.

“The fact it that 2012 was a huge year for me, mentally and physically, and I probably paid the price a bit in 2013 when there was a lot of accumulated fatigue and I picked up a few injury niggles. There was no panic though I knew what was happening so come the winter I took the chance to relax and really rest first before starting to quietly work away though the winter.  I started the season very fresh but what I probably couldn't anticipate so much was that I would be in such good form.

“There are no plans yet to change my programme so I will race an abbreviated World Cup schedule and if that is enough to win the title, all well and good. I certainly won't be going to China which starts just a couple of days after the Women’s Tour which became a big priority for me as soon as it was announced and then I will definitely miss another round when the Commonwealth Games are on. The Road race in Glasgow is a big target although racing in La Course will rule out any track racing

“I've been pretty vocal in my support for women’s cycling being treated properly and on an equal footing with the men so obviously am very excited about the Women’s Tour. I am totally behind what the organisers are doing and the ethics behind the race if you like but as we get closer, being a racer, my focus is simply on the race itself and how we can perform best as a team.

“Being a new event we have no real prior knowledge of the finishes and expected conditions – I would imagine there could be a couple of windy days – so we will be looking at the race manual and scrambling to get all the information I can in the next few days. What we do know is that we have five reasonably short stages and a very competitive field with most of the top teams and racers present so I am expecting some really hectic finishes.”

While Armitstead does her homework on the race itself and the opposition there will be others doing their homework on her. Her recent 'assault' on the World Cup represents the most impressive run of results from a British competitor since the halcyon days of Nicole Cooke who twice took the World Cup title and used to excel in these Spring Classics, especially Fleche Wallonne which she won on three occasions. After her relaxed winter,  Armitstead signalled her return to top form almost immediately this season with a couple of podium's in smaller races before winning the opening World Cup event of the season, the 146km Ronde van Drenthe in Holland (see left). A largely flat windy course there were, however, three short sharp climbs at the end and with the considerable help of her team-mate Ellen Van Dijk, Armitstead closed down a late attack by Iris Slappendel and Anna Van Der Breggen and eventually the Olympic silver medal winner beat Van Der Breggen in the sprint.

Next up was the Trofeo Alfredo Binda and an uphill sprint at the death and second place behind Emma Johansson which was more than enough for Armitstead to retain her World Cup lead and that was followed by the Tour of Flanders, a huge early season target for her Belgian team. On this occasion it was the excellent Van Dijk, the World Time Trial champion, who stole away from the field to win in fantastic style by a minute with Armistead winning the bunch sprint for second place with an irresistible surge.

A first and two seconds had seen Armitstead build a healthy lead in the World Cup and Armistead improved that further with another magnificent ride in her most recent outing when she took her third runners-up spot on the bounce at Fleche Wallonne just a couple of hours ahead of the men. As was always expected it went down to a sprint up the fearsome Mur de Huy with French rider Pauline Ferrand-Prevot timing her move to perfection to just edge Armistead out. “That was as deep as I have been for a very long time it felt like I had lactic in my eyeballs but I was really pleased with my performance.” Although Armistead is enjoying a rare quiet mid-season training block this week she will be racing again at the Tour of Luxembourg this weekend before the Friends Life Women's Tour and is generally enjoying the stresses and strains of a life on the road and living out of a suitcase.

“I am very lucky because I seem to enjoy all the travelling, in fact I'm almost addicted to life on the road and start to get itchy feet if I spend a week more than anywhere. I love that feeling of being on the go. I miss my family obviously but I don't get homesick, I am perfectly happy with my life. As a racer I am still developing. I am definitely becoming more patient tactically, through experience I suppose, and I’m a year stronger physically as well

“We are right in the middle of the Olympic cycle but I don't want to get sucked into the Olympics thing too early because it becomes too intense and it’s important not to start the build up too soon.  The word is that the course in Rio will be pretty hilly but we haven’t got precise details and it’s too early to be using up any energy worrying about that. The focus now is 2014, it’s been a nice start but there is a long way to go yet.”

Lizzie Armitstead will ride the Friends Life Women's Tour for her Dutch Boels Dolmans squad.  You can find out more about the team and her teammates here.