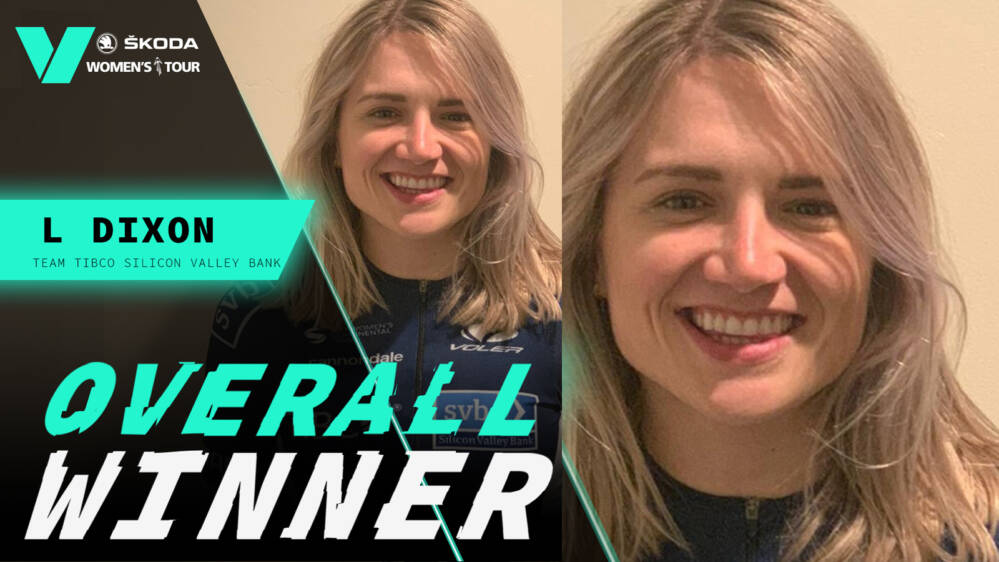 With her overall victory Dixon was also the Best British Rider in the inaugural race, while CAMS-Tifosi rider Illi Gardner finished fourth overall and took the Best Young Rider honours after three stages of impressive racing.

“It’s amazing I’m so pleased to be able to finish it off, it did get super stressful for a while tonight though.

“This is my first year as a procyclist so I’m just super excited to get back to racing,  I’ve just embraced this lockdown period to work on my weaknesses and get lots of training in. The virtual racing has been a great way to keep that intensity and to also bond with my teammates.”

On the night as predicted the 35-lap race around the one kilometre Canary Wharf circuit became a war of attrition after the previous days of racing took their toll on riders and the speed at the front whittled the front group down to an eventual eight riders.

Team TIBCO Silicon Valley Bank looked to be in pole position with all three riders in the front, but it was NXTG Racing’s Hoolwerf who jumped clear at the penultimate corner to head Stephens by 0.7 of a second, with Faulkner completing the podium.

Speaking afterwards from the ŠKODA dealership in Breda (Netherlands) where the team had raced the final stage, Cathalijne Hoolwerf said;

“I really enjoyed today and I knew when we went into the last lap I just have to go and push.  It’s a really cool experience to ride this big race in the last few days, and I’m really pleased that we could do it.”

To re-watch the action from Stage Three of the ŠKODA V-Women’s Tour, please click here.

While the elite racing in the ŠKODA V-Women’s Tour has now finished, amateur cyclists still have the chance to ride and race to raise money for Breast Cancer Now and Mind, with a suggested donation of £5 for riding any of the three ŠKODA V-Women’s Tour routes on RGT Cycling. Find out how to Ride with Us here. 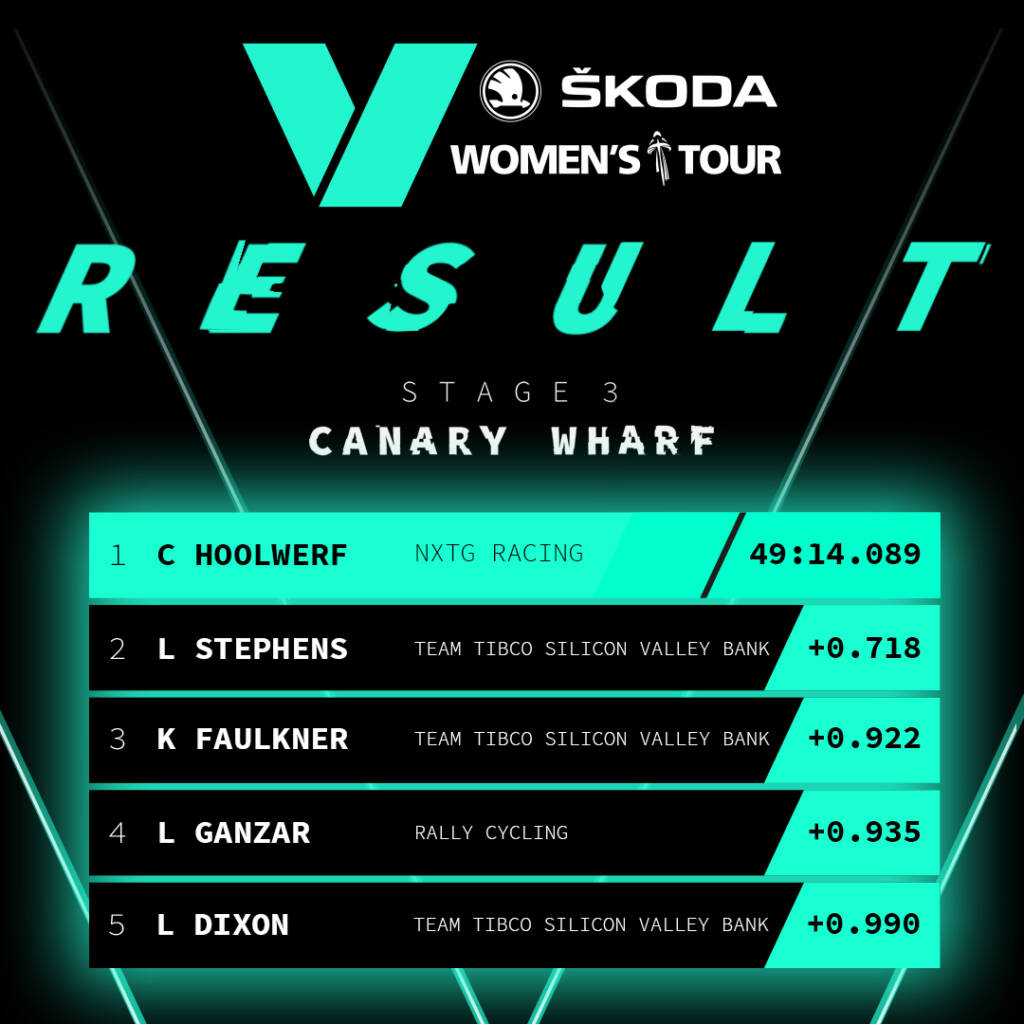 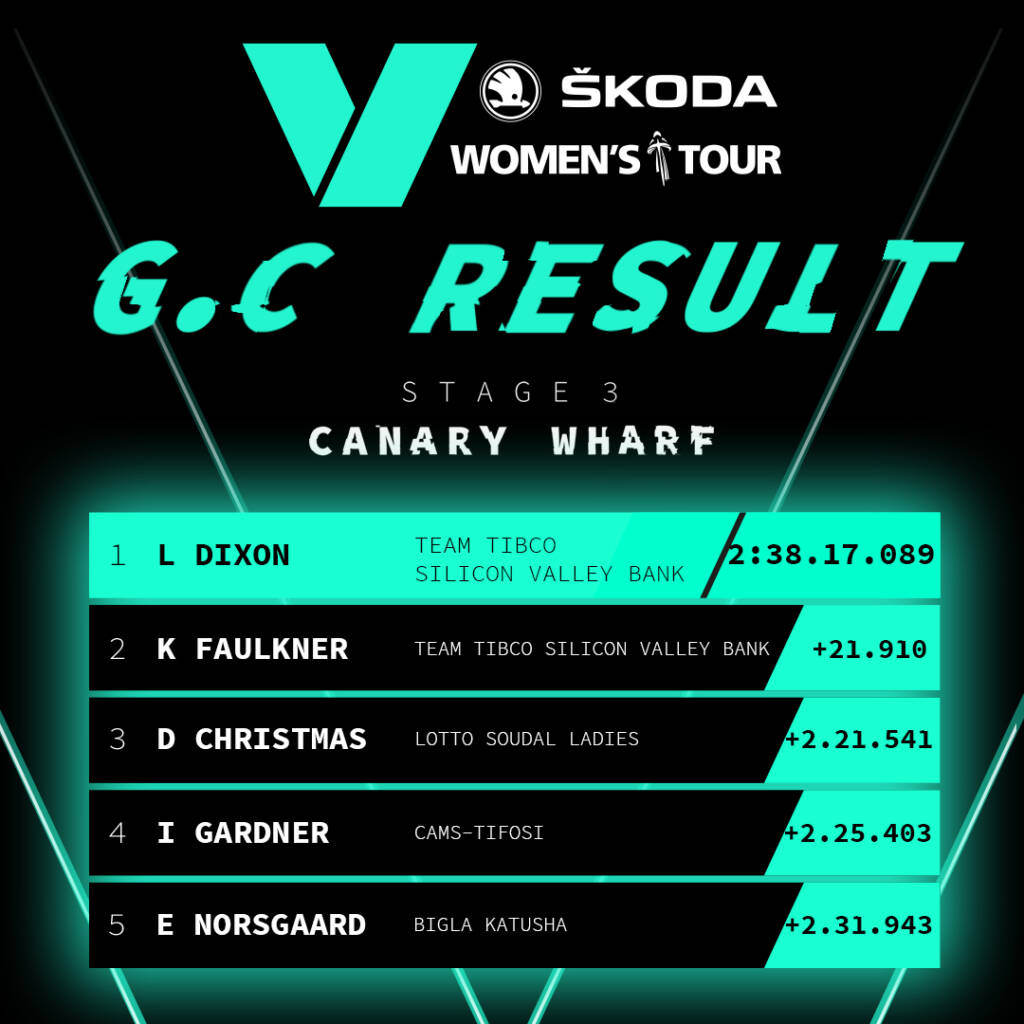