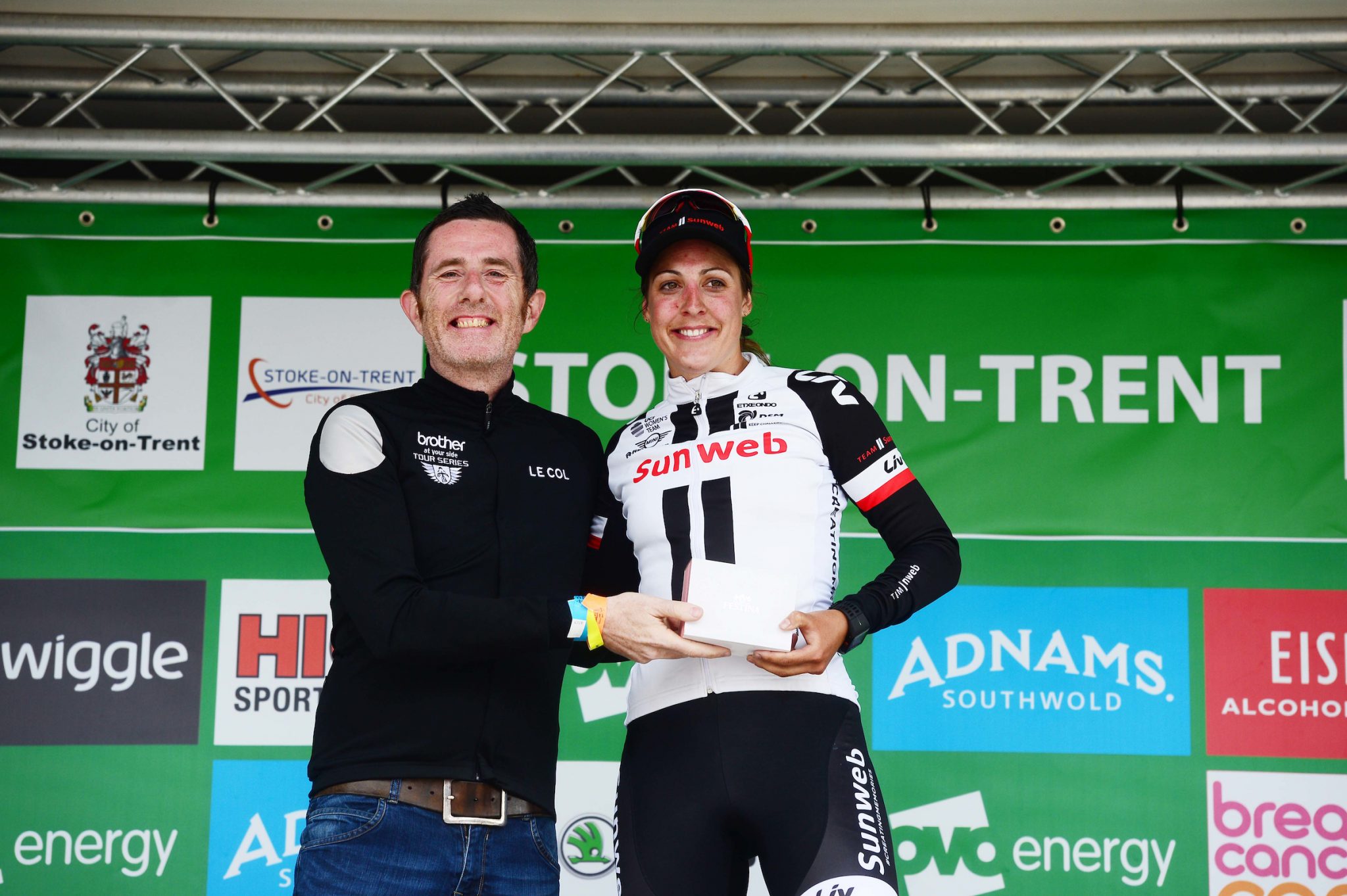 One of the stand out performances from the second day of the OVO Energy Women’s Tour was from Team Sunweb’s Lucinda Brand, who spent 40-kilometres out front alone, at one stage seeming to repeat Katarzyna Niewiadoma’s impressive Stage One victory.

One of the stand out performances from the second day of the OVO Energy Women’s Tour was from Team Sunweb’s Lucinda Brand, who spent 40-kilometres out front alone, at one stage seeming to repeat Katarzyna Niewiadoma’s impressive Stage One victory.

Following the finish in Stoke-on-Trent, we spoke to the multiple Dutch National Champion, who earned the day’s Combativity Award, presented by Phil Jones MBE, the Managing Director of Brother UK, our Official Results Partner.

Talk us through your breakaway attempt – at one point it looked like you could hold on for the win.

“It was really tough. Of course I was hoping on the final climbs to reach the finish but the gap went down quickly with 10km to go. The roads were straight, there was a headwind, so I knew then that the gap I had wouldn’t be enough.”

Why did you decide to go solo on the first SKODA Queen of the Mountains climb as Ipstones?

“The group weren’t working, which was a pity. It’s true that there were a lot of strong riders in there, but I just wanted to put some pressure on over the climbs. The others couldn’t follow and my sports director just told me to continue, not to wait for them, and to see how far I could get on my own. I listened to him!”

Did you believe that you would hold on to win at any point?

“When the gap was 90-seconds I thought I could make it. I knew that if it could stay over a minute I would have a good chance. I didn’t really know if the chasing group wanted to work or not, nor if we some of my team-mates were in to protect my lead, so I definitely thought that I may have a chance.

“But it’s really hard here. The distances are long, I was tired. There were a lot of steep roads in the final kilometres, it’s hard to keep your rhythm. The peloton could make a lot of time back there, especially when there are so many strong riders in this race.”

Thanks to your breakaway efforts and Ellen van Dijk placing in the top five at the finish, Team Sunweb must be pleased with today’s stage?

“I think we are really happy with how we rode today. We were in the heart of the race, we got in the most important break and Ellen did really well at the finish. I hope we can continue this for the remaining stages.”

Can we expect to see you attack tomorrow?

“Let’s first recover from this effort and we will talk tomorrow about our plans! Maybe one of my team-mates will attack tomorrow instead of me.”

We’re two stages down and Kasia Niewiadoma has a good advantage on GC; do you think anybody can catch her?

“Of course it’s going to be really tough for any rider to get her out of the leader’s jersy. It’s not impossible, but our team aren’t really focusing on it. We want to win a stage. Kasia is a strong rider uphill, so even if her team isn’t strong enough, as long as she can follow her strongest rivals it will be really difficult for them to beat her.”