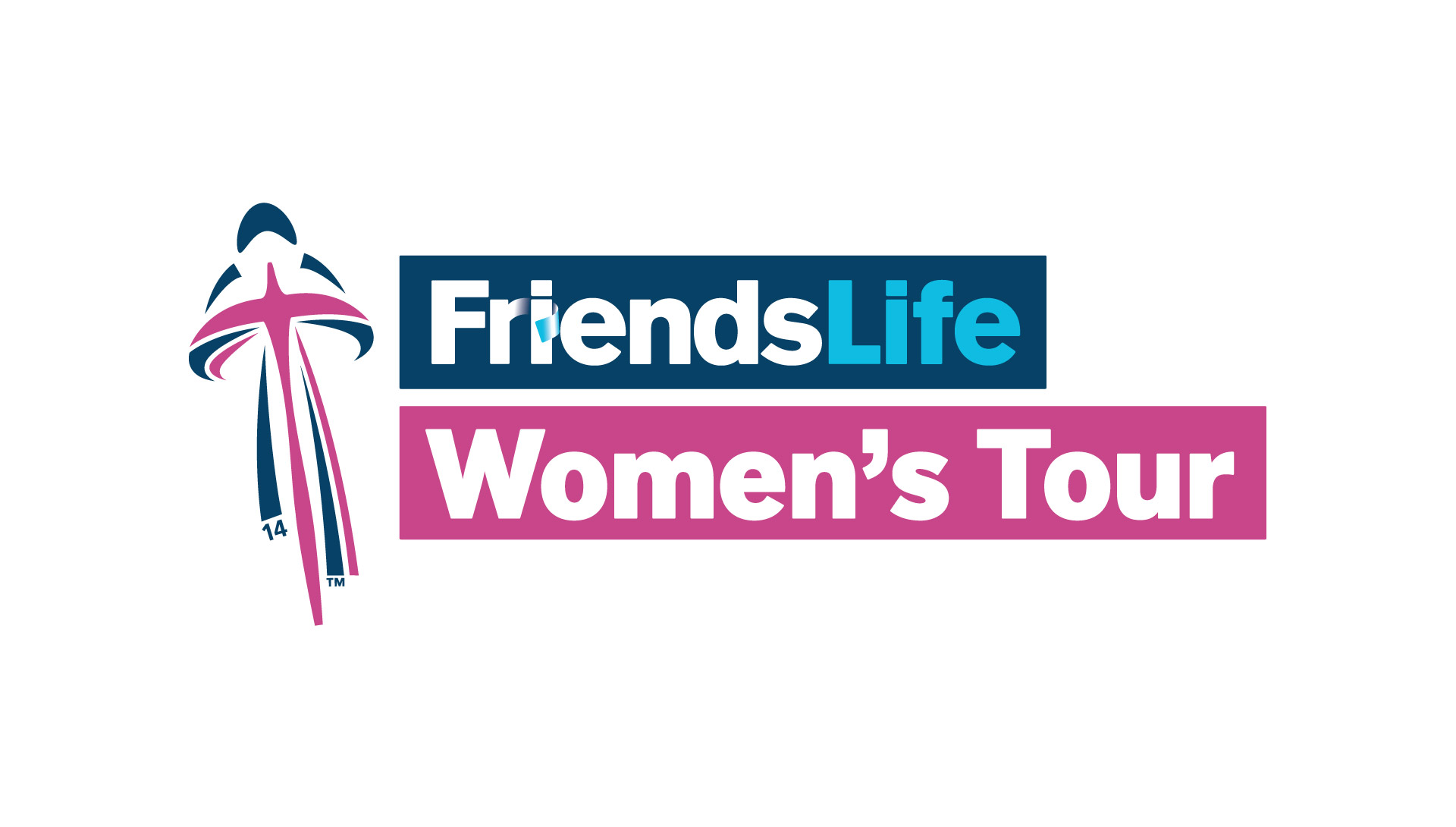 Brendan Gallagher has taken a look at the last twelve months of work and with ten days to go spoken to Guy Elliott about the latest on the Friends Life Women’s Tour.

Brendan Gallagher has taken a look at the last twelve months of work and with ten days to go spoken to Guy Elliott about the latest on the Friends Life Women’s Tour.

THE mere existence of the inaugural Friends Life Women’s Tour, which starts in Oundle on Wednesday 7 May, could be seen by many as a stunning success in itself, a ‘victory’ gained in the face of unacceptable prejudice against women’s sport, but the race’s driving force at SweetSpo, Guy Elliott, is having no truck with such sentiments.

Ultimate success – apart from the safety of riders and spectators alike  – for Elliott will only come when and if the race is reported like any other major bike race, when the fact that female cyclists are finally being treated equally is yesterday’s news.

“There will be a big media presence at the start – BBC Breakfast, ITV4, Sky, Radio 4 and others – which is fantastic but I would love it if after the novelty of the race getting underway the media just concentrated on the race itself and the world class cyclists involved instead of how women aren’t treated properly. We hopefully all know that by now, the next big step is to report on the sport itself in an equal way. That will be the acid test that will show whether we have moved onto a new level or not.

“The Friends Life Women’s Tour is viewed by the Government as an Olympic Legacy event and to that end we have been able to gather one of the strongest fields seen for a women’s stage race this year. We have eleven of the world’s top thirteen teams, the podium from last year’s world championships and the top four rated riders in the world including our own Lizzie Armitstead.

“This is as good as it gets in women’s road racing and if you add into the mix a large number of promising British riders – the likes of Lucy Garner and Hannah Barnes  – and our track stars like Laura Trott, Dani King and Joanna Rowsell the quality of the sports women themselves speaks for itself.

“One of the things we are particularly proud of is that we have managed to ensure that every British women who rides as a professional abroad has a ride. These are the women who deserve to be applauded and appreciated in front of a home audience and in total 20 of the 96 riders will be British including a young GB team.  Give them all the right environment and they will provide all the action and sporting stories we want.

“In an ideal world, and being patriotic, I would like to see Lizzie Armitstead and Marianne Vos re-enacting their Olympic duel down The Mall two years ago and battling it out down the home straight of the final stage in Bury St Edmunds with the GC at stake but whatever the scenario I hope it’s the sport pure and simple we are talking about by then.”

The Friends Life Women’s Tour should certainly provide the stage for women’s road racing to project itself to a wider audience and Elliott is determined to seize the opportunity. The idea is for all the big names to be as “visible” and spectator friendly as possible and for all the riders to be approachable. At the start every morning the riders will be asked to come up on stage as teams rather than signing on in dribs and drabs while the team parking area will be open to the public.

Elliott admits to many sleepless nights last autumn when the race was in its early planning stages. There was evidently a good deal of sympathy and interest out there but the start-up logistics were massive, sponsors were initially unwilling to commit and he was still unsure as to the uptake from teams, especially as the race clashed with a big UCI World Cup event in China.

The former DHL boss though was a man on a mission and charged with the courage of his convictions he pressed on, the UCI unexpectedly granted the race 2.1 status and gradually the support and momentum built impressively.

“I must say all the councils at the ten stage towns have been absolutely brilliant, there are some very smart people involved who despite the fact that we didn’t have a tried and tested format and template immediately saw the bigger picture and how to benefit their community by involving themselves with something like The Friends Life Women’s Tour.

“Their enthusiasm has been infectious.  Take Oundle for example, they have gone from hosting the first stage and saying that they would hold a street party the day before to organising a four day street Festival based around the Depart. At Harwich on the final day we will have a mass participation event running behind the race where the finish by Bury St Edmunds cathedral should be spectacular.

“All the towns and councils involved have become almost evangelical about it. They want to do the best job possible to promote cycling on their patch but they have all bought into the idea that something must be done for our women cyclists after years of being treated so poorly. They have also recognised that it will be an opportunity to promote women’s sport generally

“Borrowing from the Tour de France and then The Tour of Britain model we have always looked to build a family of sponsors and supporters if you like which we successfully achieved in the end. The likes of SKODA and ITV came on board straight away and then you have the various councils obviously, the bike industry suppliers who are so important, the jersey sponsors and finally, as we have been able to announce just recently, Friends Life as the headline sponsor which has been the icing on the cake for us.

“Friends Life is a great brand for us to be associated with, a well known blue chip financial institution with a good moral agenda. Their involvement helps us financially and it helps bring the event status. As we head towards the start line in Oundle we have ticked all the boxes with our supporters and sponsors. A really strong team has come together.  I honestly don’t know many spectators we will get, I sense a good deal of interest but we won’t really know until the various race days. I do know for example for the Cheshunt to Welwyn Garden City stage – what I call the Laura Trott day – the local paper are doing a special four day supplement so there are good signs. Given half decent weather I would hope for pretty respectable crowds.

“It’s been a massive boon having the SweetSpot infrastructure to hand – we have used exactly the same personnel who plan their routes for the Tour of Britain and Pearl Izumi Tour Series and will be using the same start and finish crews, marshals and commissionaires. Our route maestro Andy Hawes had drawn up the stages, Mark Leyland will be our start manager and Rob Kennison our Finish Manager.  The work they have done behind the scenes has been fantastic. In terms of the infrastructure the Friends Life Women’s Tour is what we what we said it would be on the tin – it replicates The Tour of Britain in standards and spec.”

Elliott and the SweetSpot team are currently fully focused on getting this year’s event away and completed without too many teething troubles but already councils and local authorities are enquiring about next year’s event and in planning the 2014 race a couple of issues have emerged, most notably the UCI’s guidelines at present that in stage races the daily stage length should not exceed 100km. That is restricting geographically and also has a financial cost at Elliott explains:

“A considerable chunk of the capital costs of staging such an event is the policing and rider escort groups who we have to hire by the day but with short stages we only get to used them for under three hours. We could hold much longer stages for the same cost. I believe a step towards longer distances would also be a step towards more equality.

“Women athletes generally have a great aptitude towards endurance events, that is widely acknowledged – and we must work towards longer stages. In the future we will liaise in a constructive way with the UCI about that. 140-160km is well within the compass of all women professional riders and it would give race organisers a bit more scope geographically a bigger return on their investment.

“It’s frustrating and women’s events are also currently limited to five or six days, which again restricts the area you can visit. We would hope to negotiate on that in due course to add a couple more stages perhaps with some hills but let’s just get our first ever race underway perform we start looking too far ahead. What I do know is that we have received terrific support from those councils who are helping us to stage this inaugural tour, we have made some close working relationships and it would be good to recognise their support and loyalty going forward.

“When we canvassed potential teams about what they wanted from a new stage race our side of the channel they all said from their point of view that they would like to keep to keep travel costs down, transfers on the short side and if possible to base themselves at just one or two hotels.  So ferries across to East Anglia and then racing fairly nearby has helped shape out initial model for the race.”

Elliott’s efforts have already attracted the attention of those in power and recently he was invited to the House of Lords by Baroness Tanni Grey-Thompson who chairs the Women’s Sport and Fitness Foundation which is basically charged with looking at how to push the women’s sport agenda forward.

“Baroness Thompson asked me to attend – along with representative of from women’s football and netball and a few others – because as she explained to us she and her committee are looking for areas of success in women’s sport to use as beacon if you like. She and the committee were excited by not only the race but the moral agenda behind it and if the model we have been in the process of putting together can be used as a case model going forward.

“It was basically an honest exchange of information, I related the story as to why and how our race had come about and the problems we have face just getting to the start line and I emphasised that in my opinion it’s still pretty damning when you look at how women’s sport is treated at grass roots level

“One idea I very much liked the sound of from their end was the suggestion that tax relief be introduced for sponsors who decided to get involve with women’s sport. That wouldn’t actually involve any government of any persuasion actually giving money away and it struck me a very practical proposition and something that might attract more support and sponsorship for sport events.”