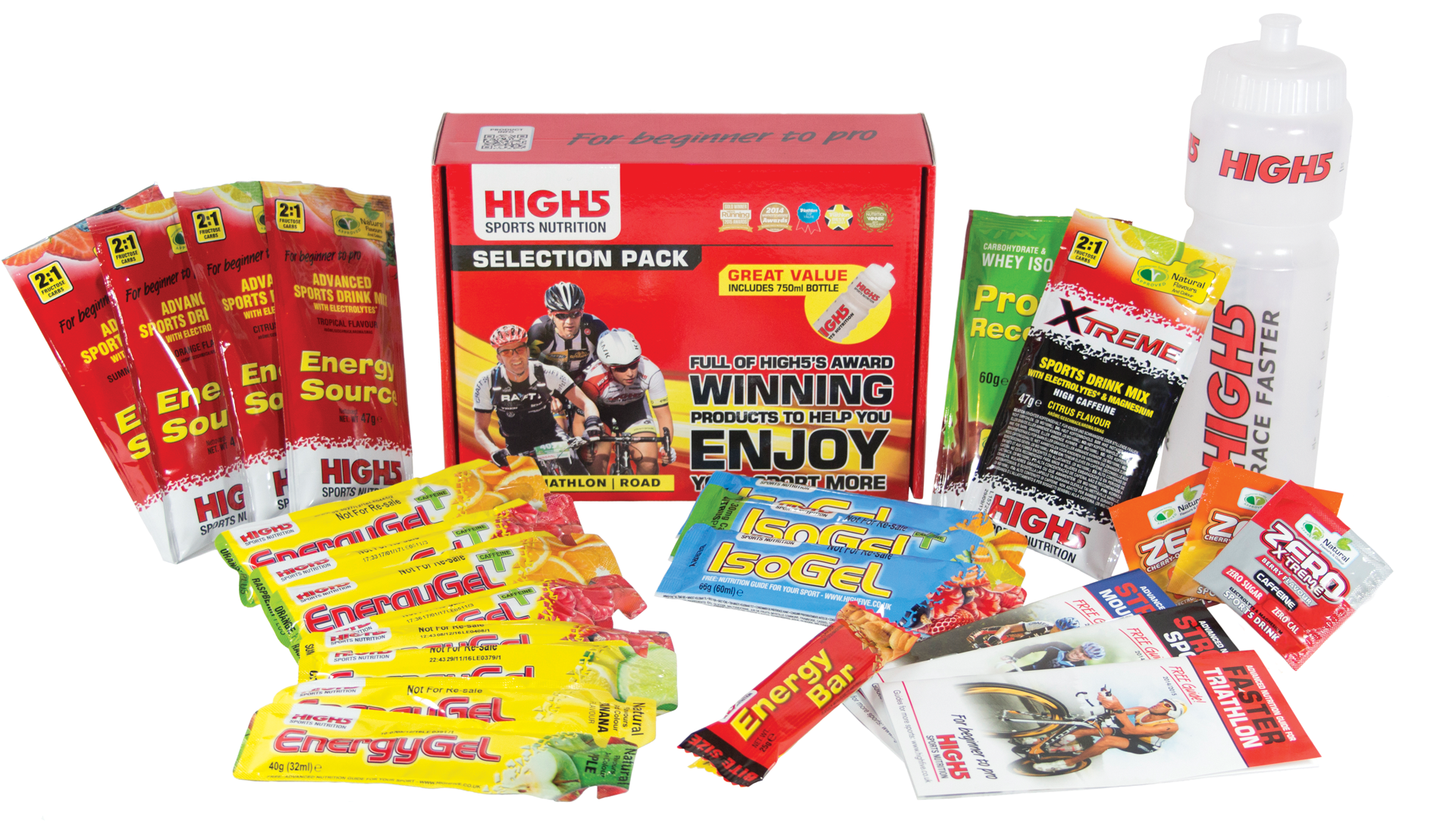 Leading UK sport’s nutrition brand HIGH5 have been appointed as the Official Nutrition Partners to Britain’s leading male and female professional cycling events, the Tour of Britain and the Aviva Women’s Tour.

Leading UK sport’s nutrition brand HIGH5 have been appointed as the Official Nutrition Partners to Britain’s leading male and female professional cycling events, the Tour of Britain and the Aviva Women’s Tour.

HIGH5 will enjoy branding and VIP Hospitality, as well as sampling and marketing opportunities across both the men’s Tour of Britain (4-11 September) and Aviva  Women’s Tour (15-19 June) plus the Pearl Izumi Tour Series events throughout May and June.

And to celebrate HIGH5 have launched a fantastic competition to win an incredible day out at the Aviva Women's Tour with the Wiggle HIGH5 team on Stage Four, from Nottingham to Stoke-on-Trent. In addition to the support of the professional races for the next three years, participants in two mass participation sportives in 2016 can look forward to sampling HIGH5 nutritional products as part of their entry.

HIGH5 will become the Official Nutrition Partner to the Tour Ride, the official sportive of the Tour of Britain, which takes place in Worcestershire on Sunday 9 October and the new-for-2016 Tour Ride Northamptonshire, the official sportive of the Aviva Women’s Tour.  This event takes place in Northamptonshire on Sunday 17 July, with feed stations at both events to be HIGH5 branded and stocked with HIGH5 products.

“It is a great honour and privilege for HIGH5 to partner with such prestigious events. As a British company this is a special time for us, we look forward to supporting the events for the next three-years. 2016 marks an iconic year for the Aviva Women’s Tour with its inclusion in the new UCI Women's World Tour.  The world’s best cyclists will bring memorable and exciting bike racing to Britain’s roads.”

“HIGH5 are both a brand synonymous with elite cycling and a UK company so it is perfect synergy to welcome them to be a partner to this country’s biggest professional cycling events.

“We are excited to be working with the team at HIGH5 and look forward them being a part of our events going forwards for the next three year’s starting off with the Pearl Izumi Tour Series in May.” Details of the venues for the Pearl Izumi Tour Series will be announced at the iceBike* show on Saturday 27 February.

The Aviva Women’s Tour takes place from Wednesday 15 to Sunday 19 June, beginning in Southwold on the Suffolk coast and finishing five stages later in Northamptonshire, including stages in Warwickshire and the Peak District.

The Tour of Britain is British Cycling’s premier road cycling event giving cycling fans the opportunity to see the world’s best teams and riders competing on their door step.  Details of the 2016 route will be announced at the National Launch on the evening of Thursday 25 February.