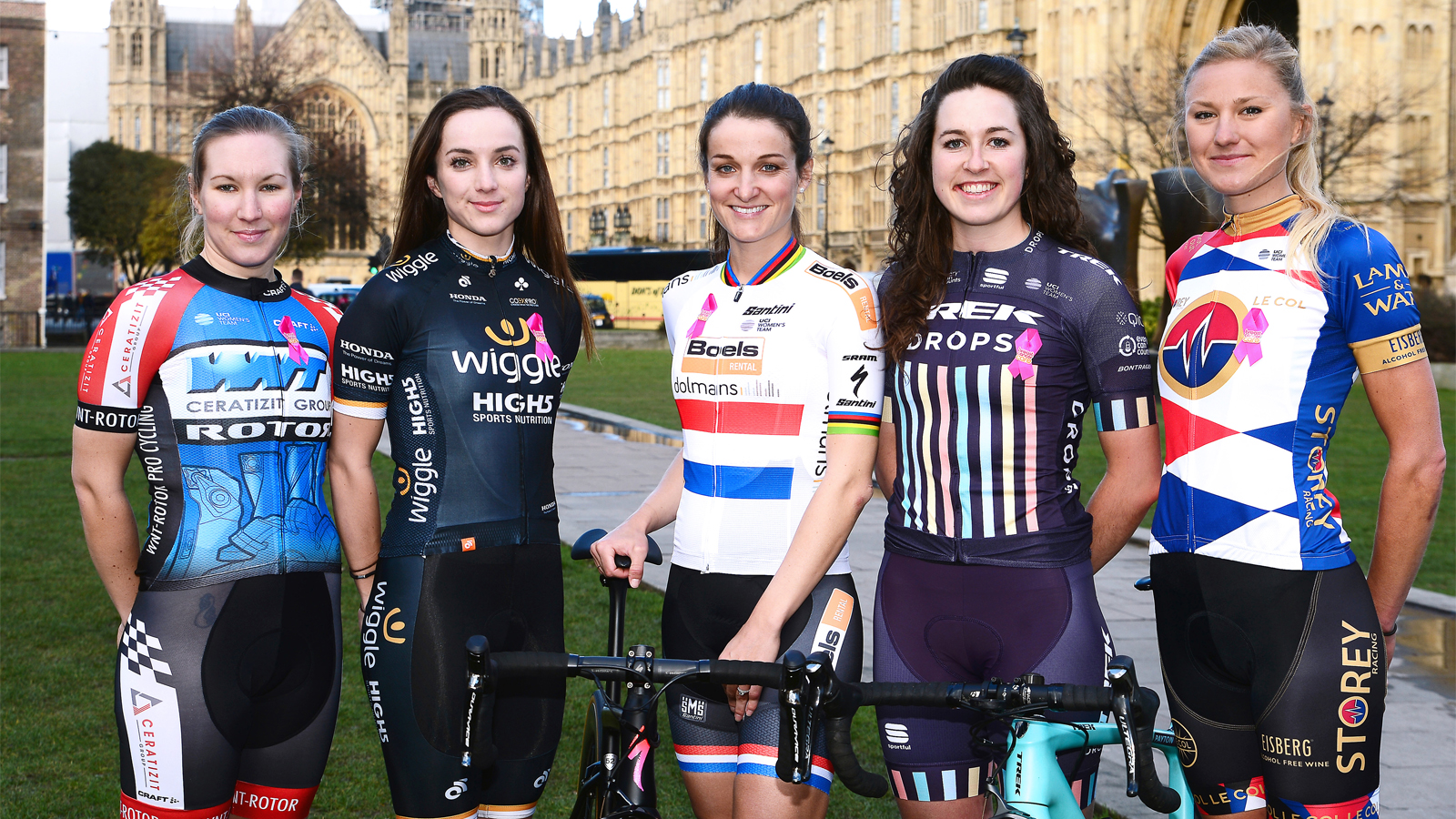 The 2018 OVO Energy Women’s Tour was launched in London yesterday, with the race’s five stages – including a first-ever trip to Wales -, the 17 competing teams and a prize money fund increase all being revealed during an event in the Houses of Parliament.

The 2018 OVO Energy Women’s Tour was launched in London yesterday, with the race’s five stages – including a first-ever trip to Wales -, the 17 competing teams and a prize money fund increase all being revealed during an event in the Houses of Parliament.

Race photographers SWPix.com were on hand to shoot the highlights of a memorable day, as the excitement builds ahead of the Grand Départ in Suffolk on Wednesday 13 June. Olympic team pursuit champion Elinor Barker said of the launch: “Thank you to OVO Energy for stepping up with the massive €90k price pot this year!” Speaking about the increase prize fund for 2018, Deignan said: “The race is the pinnacle of women’s professional road cycling in the UK, and it’s an important step to offer equal prize money to the comparative men’s race. This organisation is really setting a precedent of how it should be done in 2018; right from the start, this race has always been about equality and they are doing it perfectly.” It was standing room only in the Strangers’ Dining Room, which overlooks the River Thames in the House of Commons, for the launch event. Ruth Cadbury, MP for Brentford and Isleworth and co-chair of the All Parliamentary Cycling Group, introduced the launch event. She said that the OVO Energy Women’s Tour and OVO Energy Tour of Britain were “setting a great example for all elite sports”. Race Director Mick Bennett unveiled the race’s five stages. He said: “Five years ago, we launched the Women’s Tour into a very different environment.  The growth of the women’s side of the sport around the world is great to see, and nowhere is that more the case than here in Britain, which we as a nation can rightly be proud of.

“We have fantastic champions, supportive and enthusiastic partners – both as venues and sponsors – and of course an amazing fan base, made up of enthusiasts young and old at the roadside.” Among those who attended the launch was Emily Thornberry MP, Shadow First Secretary of State. Chris Houghton, CEO Energy Retail at OVO Energy, announced that the race’s prize fund will match that of the OVO Energy Tour of Britain. “We hope that today’s announcement removes an unnecessary distraction for all of the competitors and lets them just get on and race –  delivering the incredible spectacle that the Women’s Tour provides to sports fans up and down the country,” he said. Pooley was covering the event for GCN – here she is filming with WNT-Rotor’s Hayley Simmonds.